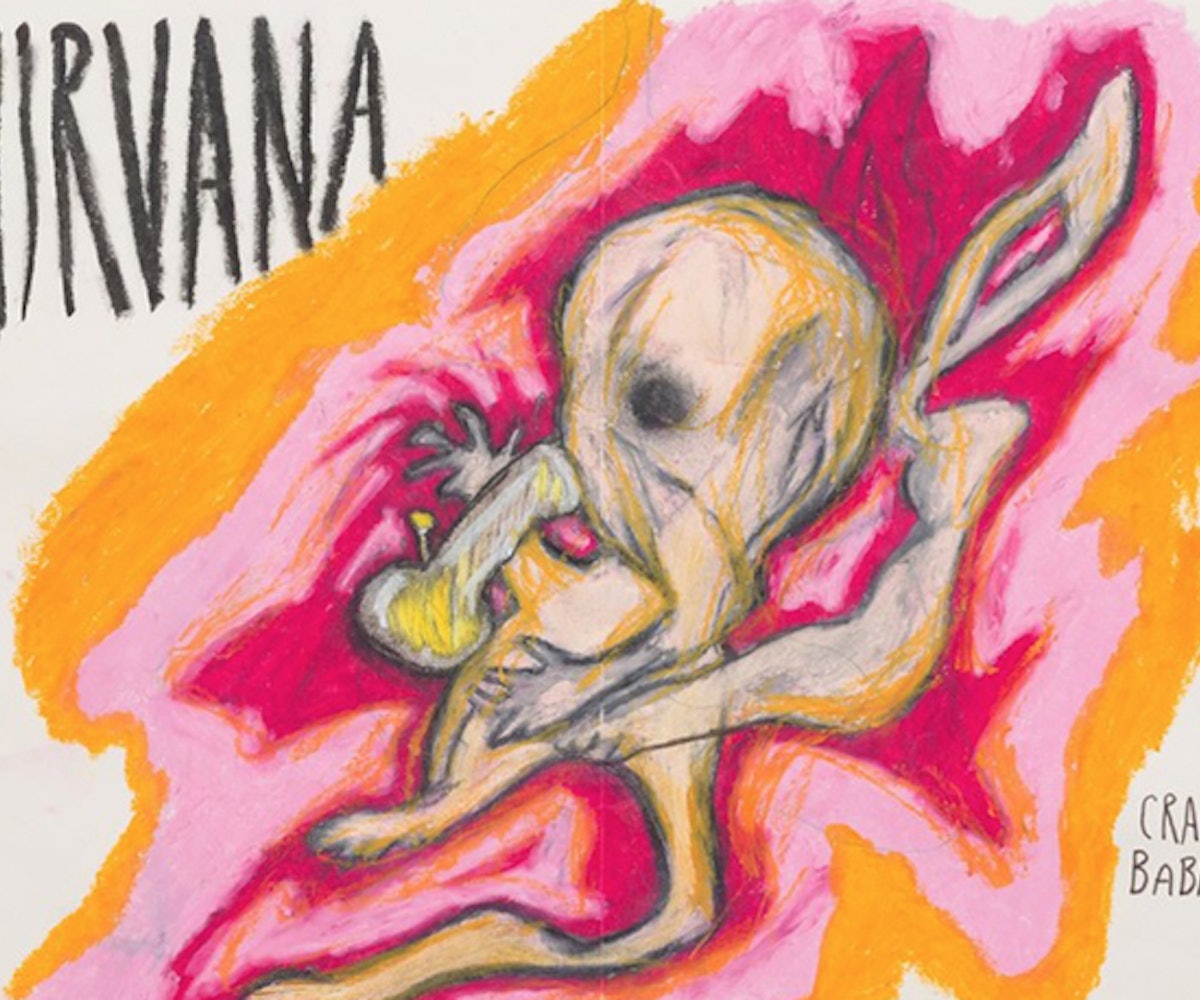 Courtesy of the Estate of Kurt Cobain
fb
tw

Even post-mortem, Nirvana's Kurt Cobain continues to prove he was a multi-talented artist. Some paintings of the singer were recently brought out of storage, where they've been since his death in 1994, and they are just as dark and powerful as his music. The artwork, along with a selection of his notebooks, is on display in Cobain's hometown of Seattle.

Cobain's work, which includes paintings, drawings, and collages, confirms his "creative energy and wit," according to UTA, but also "his efforts to articulate his struggles." One of his pieces, "Incesticide," was the cover of a 1992 Nirvana album of the same name. He also created the artwork for 1993's In Utero.

“Cobain’s paintings, while not yet as well-known as his music, provide insight into the artist’s experience and present an important art historical narrative that together with his music legacy, tells a gritty story of youth culture in the 1990s,” reads the exhibition’s program.

UTA, who also represents Cobain's widow Courtney Love, represents the singer's entire estate. "A new light will be shed on his oeuvre, even to fans well-versed in his work," the agency told Dazed. They added that after Seattle, the Cobain exhibition could go on tour. Fingers crossed!

In the meantime, see some of Cobain's works below.

NEXT UP
Life
Rachael Finley Never Got A Guide To Life, So She Wrote Her Own
Fashion
This Y2K-Beloved Bag Is The Most Sought After Item Of 2022
Entertainment
YDE On Her EP, Lady Gaga & Making New Short Film 'Send Help’
Entertainment
Paramore Announces Album 'This Is Why' For February 2023