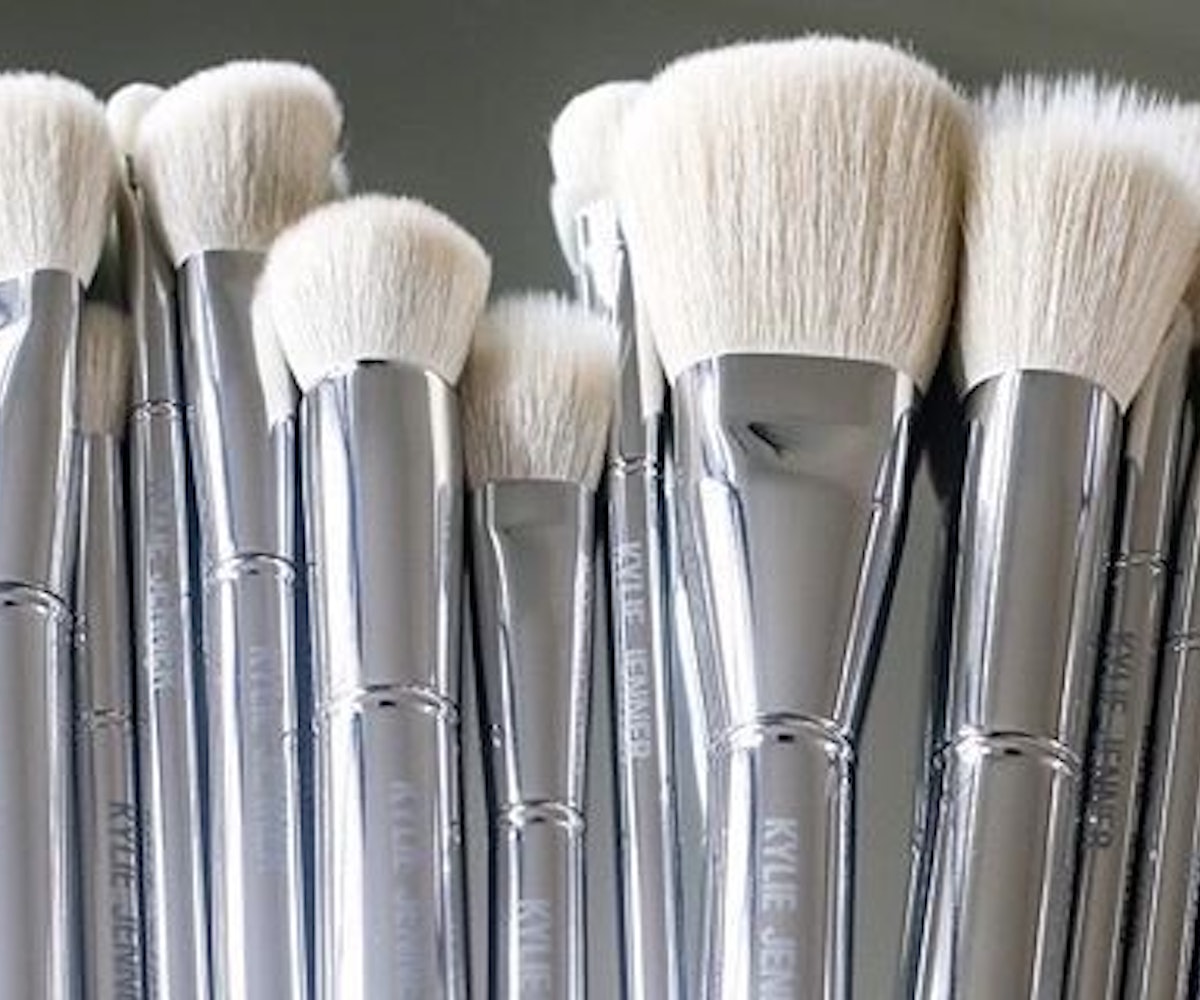 Last week, Kylie Jenner announced not one, but two exciting holiday launches. While her initial announcement of a 30-shade concealer offering was well received, the second? Not so much.

Jenner took to Instagram last Friday give her fans a sneak peek at 16 “luxury” brushes called the Silver Series, launching along with the concealers on December 13. The collection consists of everything from a tapered blending brush to a large powder brush and can be purchased individually or as a full set.

However, her fans are not here for the prices. Each individual brush ranges from $16 to $48. The whole kit? A whopping $360. Whew!

Tons of fans began tweeting at Jenner in disapproval, but Jenner came back to defend her new brushes. Responding to the backlash in a series of tweets, Jenner goes on to explain that she worked hard to develop high quality and high performance luxury brushes, and that brushes made of real hair don’t compare to synthetic (thus explaining the higher price point). However, she did mention that she’s “100 percent down” to offer a synthetic (and more accessible) line in the future.

Jenner then went on post screenshots of other “real brush” sets from other major beauty brands to show her price comparison — from Kevyn Aucoin’s $650 Essential Brush Collection to Artis’ $360 Elite Mirror 10 Brush Set.

She finished by tweeting to her fans, “But I hear you guys, love you guys and truly just want the best.” Does this mean that a synthetic — but way more affordable — offering is soon to come? We’ll just have to wait and see. Until then, we’ll be sitting this $360 set out.