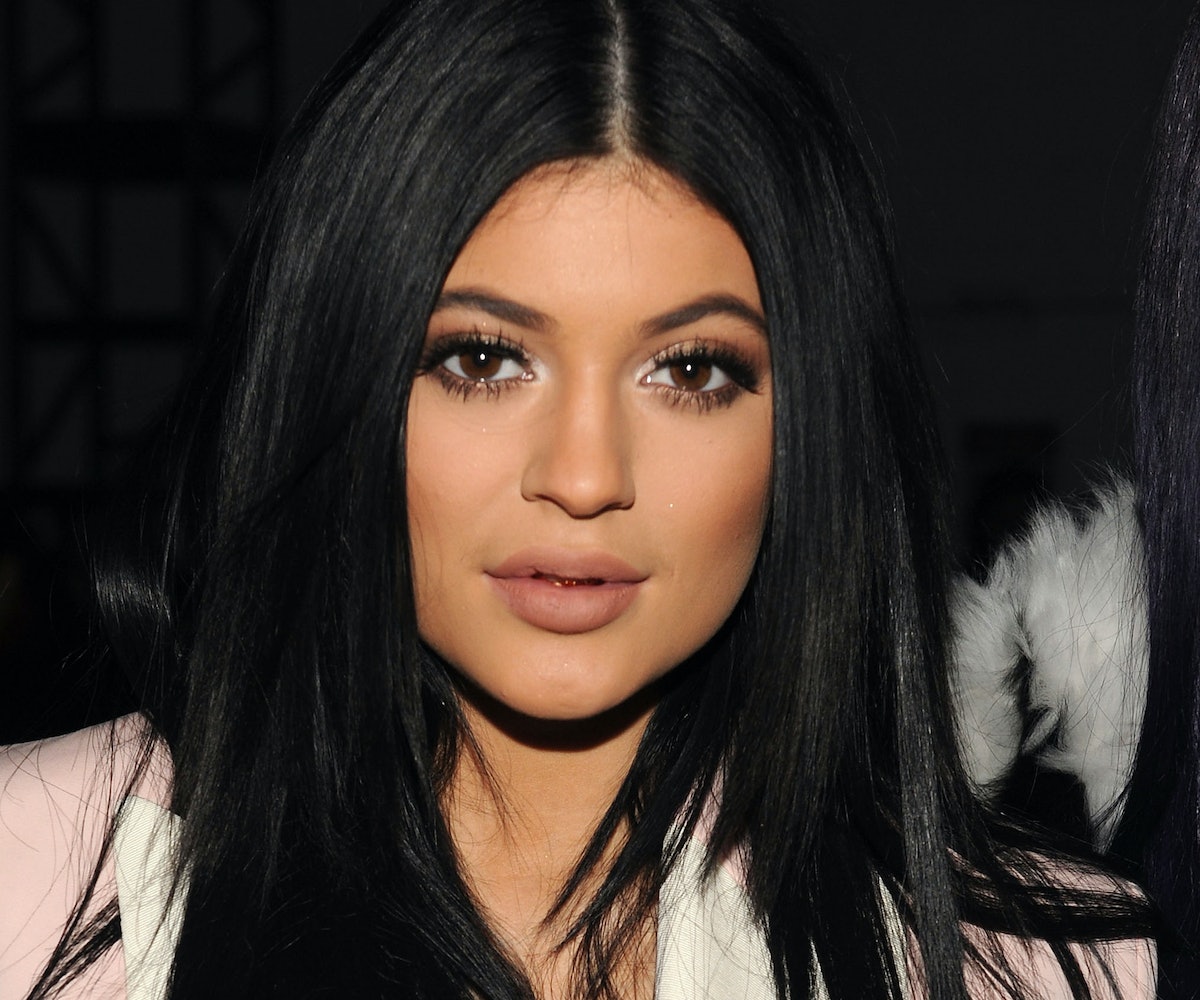 Kylie Jenner came thisclose to breaking the internet on Saturday afternoon with an Instagram photo that showed the wait-what-is-she-famous-for star in what many are calling black face. It's hard to describe exactly what makeup she's wearing: The iridescent sheen of her skin makes it look like her pores are made of bronze glitter; her hair is a deep purple/pink situation; and there's a certain vacant-yet-sultry quality to her eyes for which her family is famous. At first glance, for many, her beauty look is more about alien-drag vibes than cultural appropriation. But it's a good rule of thumb to listen to oppressed minorities when they say that something is offensive, rather than disagreeing with them—because if there's one thing more harmful than offending someone, it's then telling them that they shouldn't be offended.

The caption of the original photo in question was "What I wish I looked like all the time." But when the good people of the internet came together on Instagram and Twitter to point out that this image, from a photo shoot, looks a whole lot like a fashiony version of black face, Kylie swiftly deleted it. She then, mysteriously, posted a different photo from the same shoot, with the caption, "This is a black light and neon lights people lets all calm down." Here's the original, which a member of our team screen-shotted even though her phone was clearly about to die because she just knew it was about to be a thing:

The question, then, becomes one that theorists have grappled with for centuries. Let's look to the pros: According to Roland Barthes, once art is created, it exists outside of the artist's intention—so whatever statement Kylie, the photographer, and the makeup artist meant to make with this shoot is irrelevant in light of the accusations. Other theories of authorial intention tell us that you actually can't separate the art from the art's intended meaning. In all likelihood, Kylie had no idea that this image would lead to accusations of racism. But does her ignorance matter? Does the fact that she probably didn't think this was black face mean that it's not black face?

Furthermore, how does the act of deleting the image impact the image's meaning? Maybe, like her sisters before her, Kylie is keenly aware that everything she does is part of the performance of Kardashianism—so the deleting of the image is perhaps as important to the conversation as the posting of it. With that in mind, do we allow her to get away with taking it down and rewriting her caption? Can the internet, collectively, forgive and forget something that, for many, was so blatantly offensive, even if it's been removed?