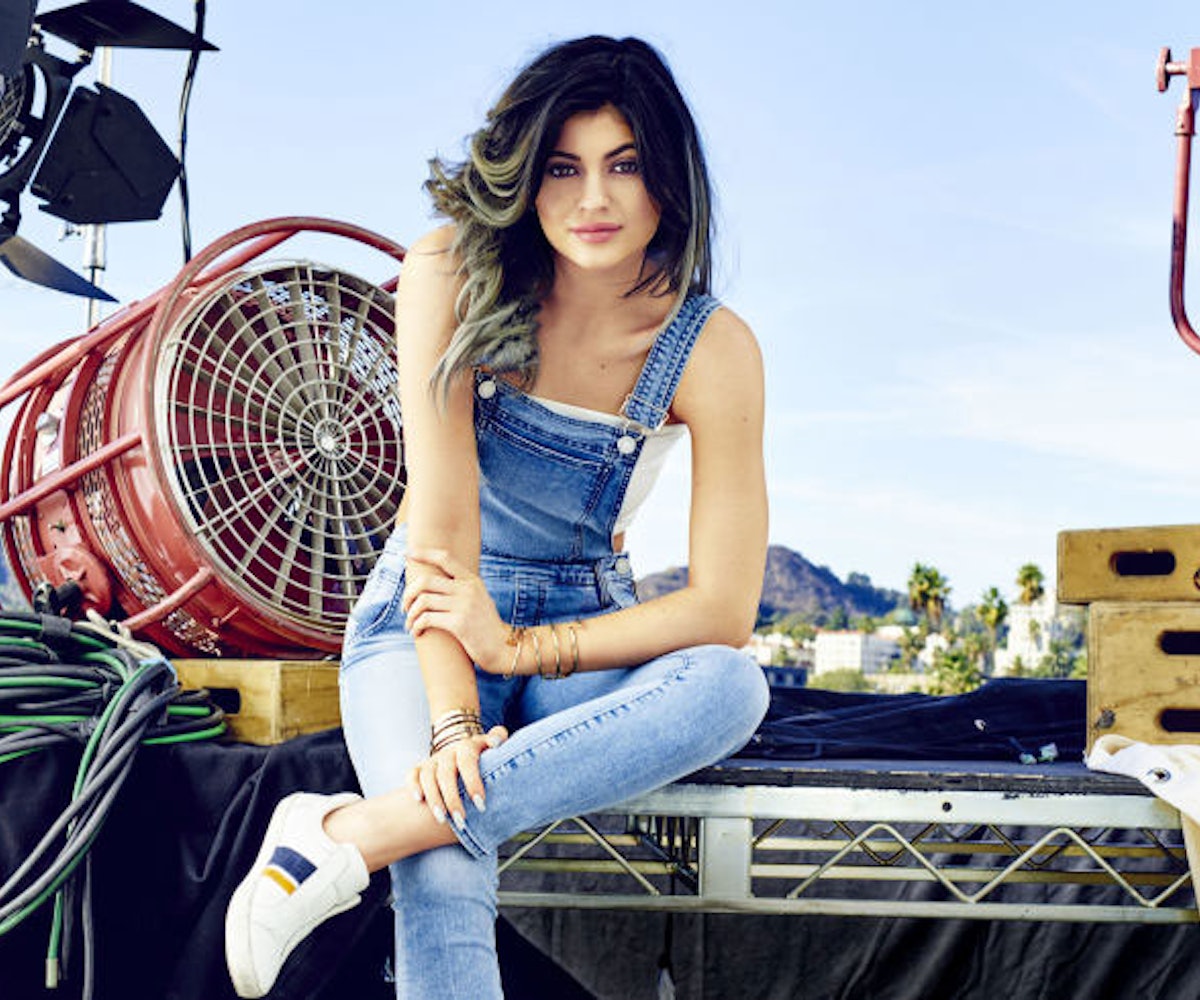 Growing up is awkward enough without spending your pre-puberty and adolescence on an E! reality show. Somehow, though, Kylie Jenner has managed to survive the constant bulbs of paparazzi and the terrible scrutiny that comes with being in the Kardashian clan—and it actually seems like she's better for it, if the February issue of Cosmpolitan is any indication. But while gaining the cover spot of the world's most well-known sex bible at the age of 17 is certainly impressive, but it's her interview that really shows how mature (or media-savvy) she has become.

"When I was like 10, 11, 12, I had a really hard time with the media," she told the magazine. "During your adolescence, girls deal with their peers at school, then they go home and they don't have to deal with it [there]. It was a lot more haters to deal with … especially since I was younger and my sisters were so beautiful and had it all together. I can have my moments and say that I don't want this life anymore, but I wouldn't trade it for the world. The good is definitely worth the bad."

In addition to changing up her look with hair extensions, there has been one major cosmetic change that people have noticed: her lips. And once again, Jenner addressed what seems like everyone's favorite conversation topic. "You guys have watched me grow up since I was 9. My face is going to get different," she says. "Now, I know how to do my makeup, contour, and everything. I'm not against surgery. I'd never say no, but I don't desire it right now."

We don't necessarily know what to say about that other than...can you please teach us your skills?