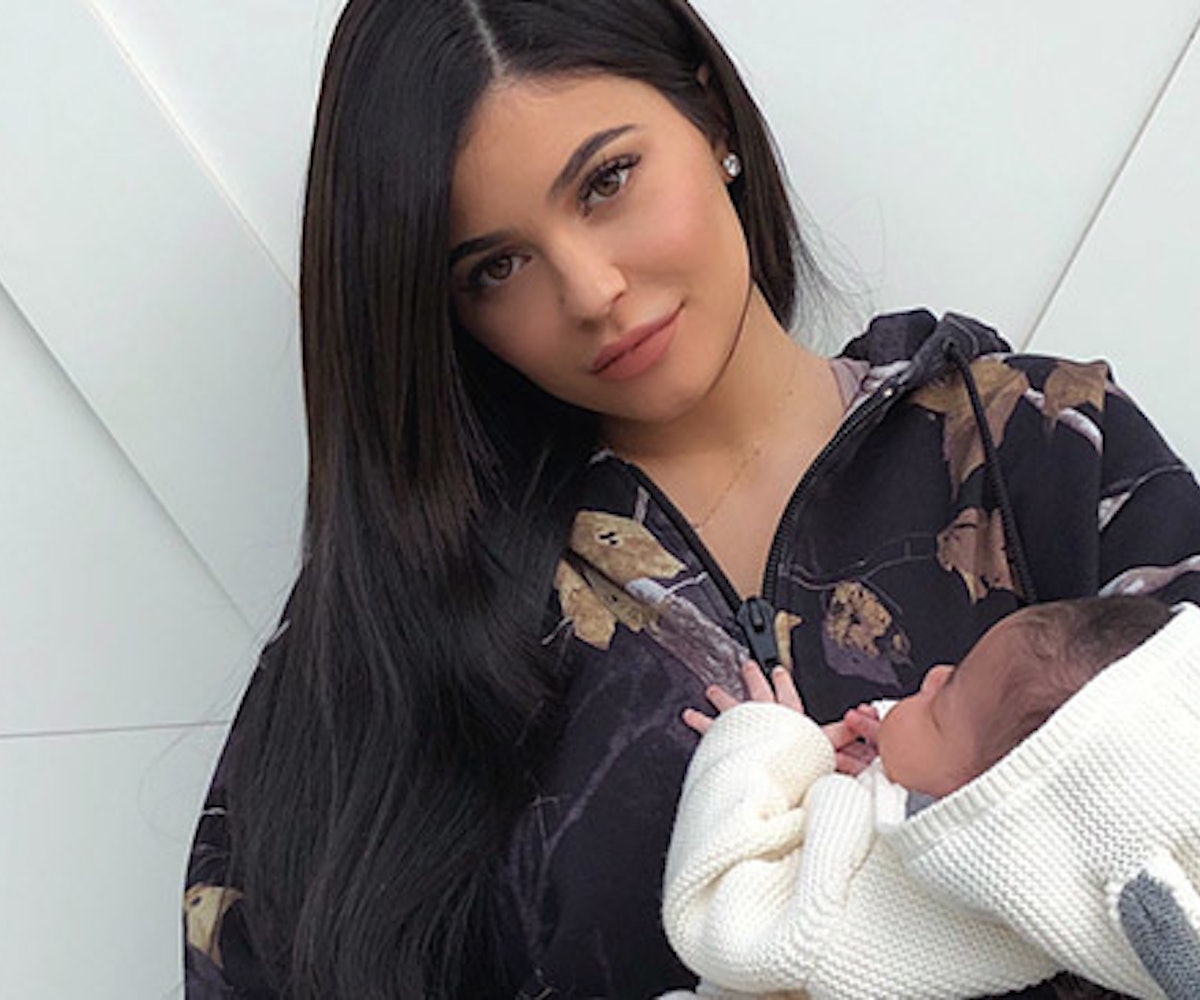 After months of speculation that she was pregnant, Kylie Jenner finally put us all out of our misery and announced she had her baby, Stormi Webster, on Super Bowl Sunday. On Friday, the makeup mogul shared the

to commemorate one month since her birth, but fans were focused on something else. Jenner's long, acrylic, peach-colored nails garnered a lot of criticism because

There were so many tweets about how there's no way Jenner could change diapers with those nails that multiple sites made round-ups of the reactions. "You know Kylie is not bathing or changing that child diapers by the length of her nails," one user tweeted. Another wrote, "don't wanna be a bitch but the length of kylie jenner's nails tells me all i need to know about her parenting/lack thereof."

First of all, everyone needs to relax. Just because Jenner had a baby, doesn't mean she's going to (or has to!) give up her beauty routine—or that it says anything about how she is as a parent. She's clearly got a certain look she's going for and motherhood is not going to change that for her. I, for one, am digging Jenner's mom style, which so far consists of a grandma-esque floral velour track suit.

With this kind of warm, totally non-invasive reaction from the internet, it's a shocker Jenner hid her pregnancy so long.

On a lighter note, Travis Scott took to Instagram to share this photo of Stormi yesterday, and it's truly adorable. Let's all focus a little more on how cute she is (and a lot less on Kylie Jenner's nails).