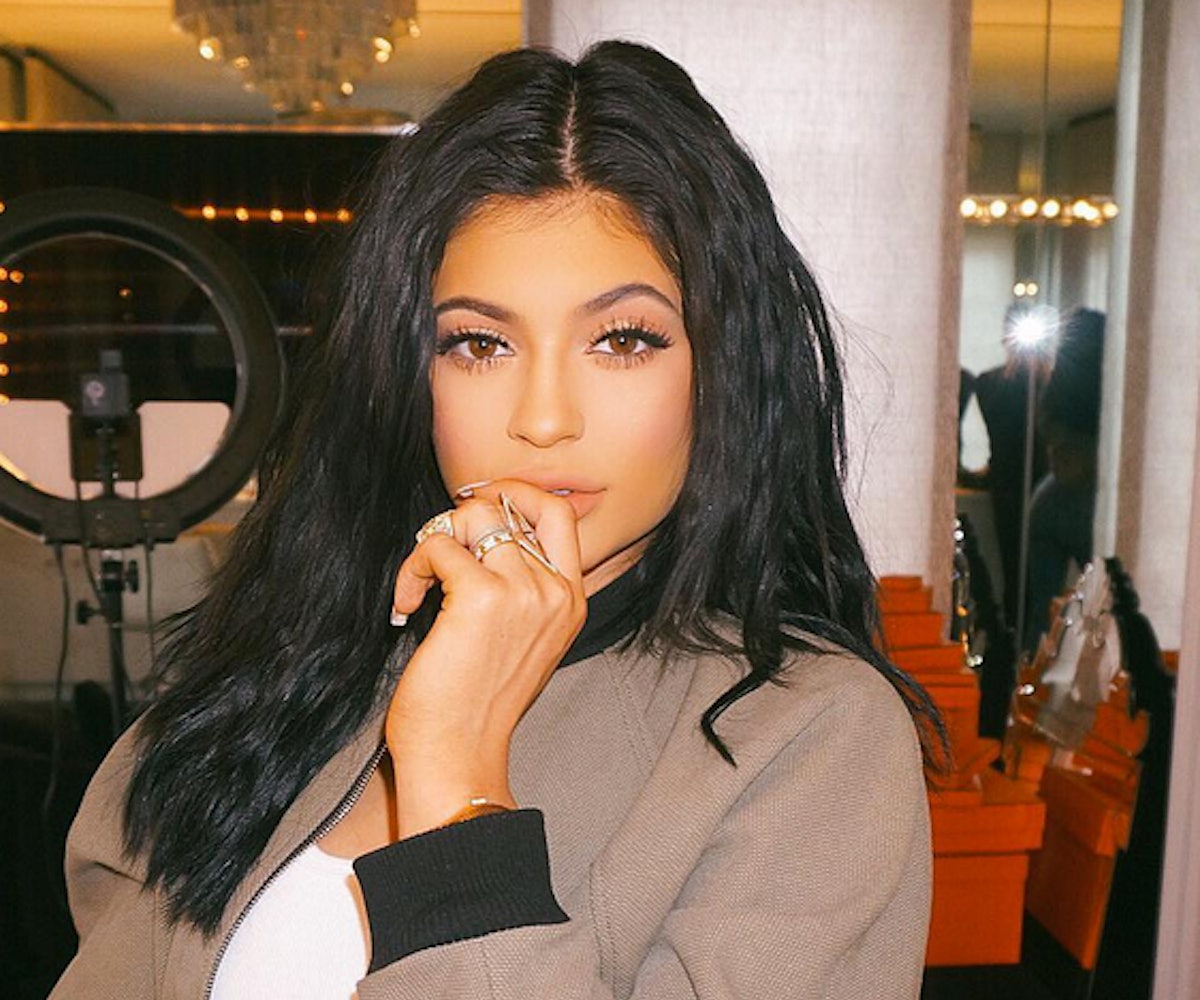 I Am Cait is filled with heartwarming and hilarious moments, and, despite the media- and camera-filled life that the Jenners live, they have their fair share of normal moments. In a new clip from the upcoming first episode, we see a glimpse of this as Kylie meets Caitlyn for the first time.

The scene shows Kylie's grandmother giving her a vinatage photograph of herself from when she was 17. Kylie was very grateful for the sweet present, relaying that she sees herself in her. Caitlyn then mentioned that Esther was married at the time, and Kylie, who is also 17, responded without missing a beat: "Kinda like me!" This comment obviously rattled Caitlyn, as she excalims "I better not hear that from you!"

So, there you have it. We're assuming that Kylie was joking, and that she is not married to her 25-year-old boyfriend. She just likes to joke around with her father, even if it may be at her expense.