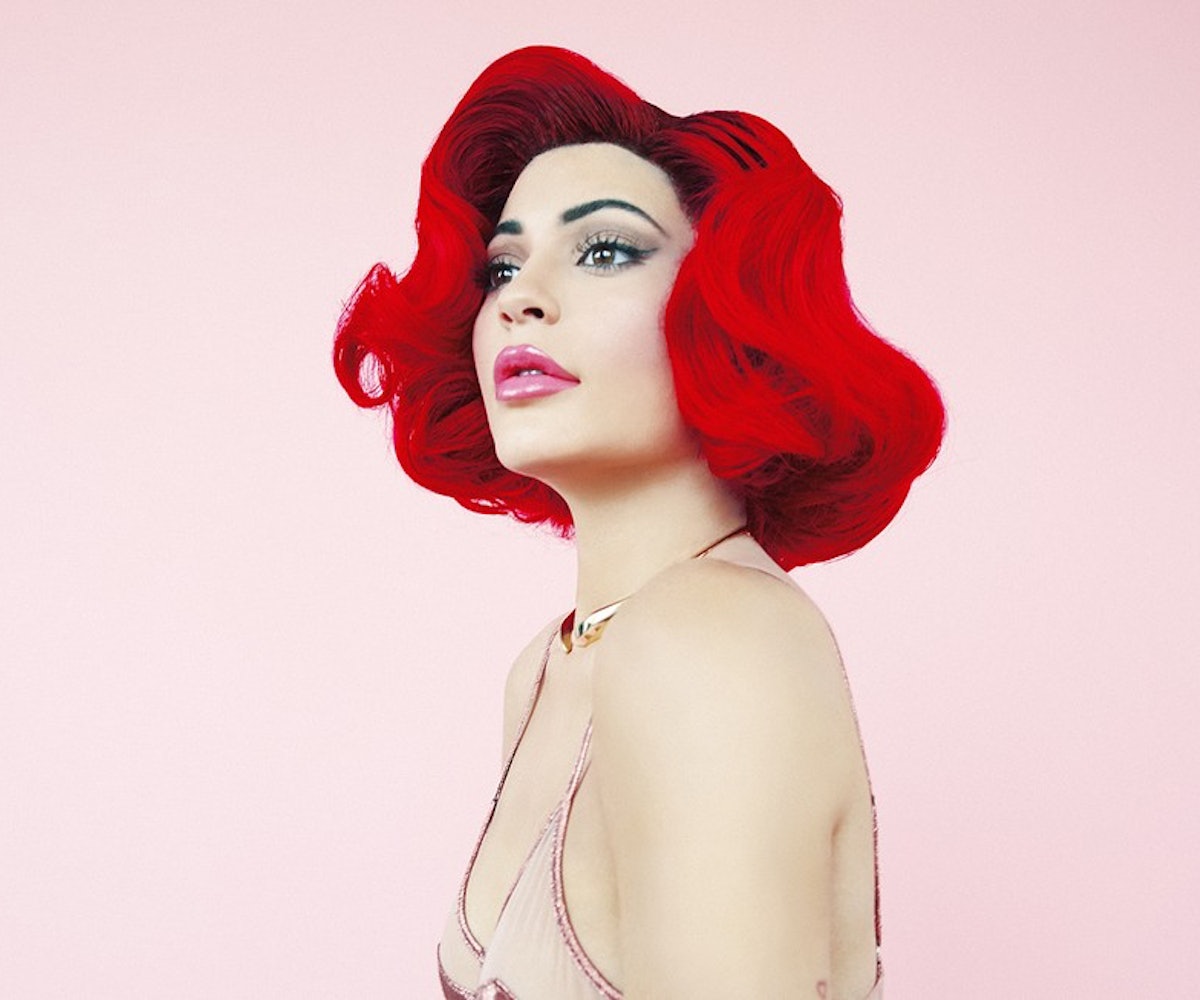 For someone whose every move is documented by the paparazzi and syndicated via her family's reality TV show, Kylie Jenner has somehow remained one of the most reserved—in words, at least—figures in popular culture. Aside from her frank interview for Interview's December cover story, which seemed to have been conducted over the phone and not in person, she has managed to dance around questions about her personal life despite hundreds of media inquiries she deals with per week. While her new Paper #YOUth cover story certainly doesn't unpack the enigma that is Kylie Jenner, it does offer a deeper look into the mind of the world's most famous 18-year-old.

In a Q+A conducted over DM, Jenner answered questions from Paper's editors, her fashion designer friends, Kathie Lee and Hoda, and her go-to hairstylist, Jen Atkin.

When asked what she fantasizes about, Jenner said, "I daydream about when I can get to a place in my life where I can be off the radar." Given the Kardashian-Jenner business model, which quite brilliantly capitalizes on fame and social media to sell products, the time when the teen "can be off the radar" seems pretty far off, especially since she just recently launched Kylie Cosmetics. For now, though, it seems like Jenner is happy focusing on her growing business. When asked when the last time she cried was, she replied, "Um, I don't even remember. I think it was from happiness. I think I cried at one of my launches recently of my lip kits. I had had some issues before that and I was so happy that everything went so smoothly and I was just crying so hard with my mom." When talking about the "single most important thing" she hopes to accomplish in her life, she brought up her growing empire: "Business-wise, I would love to have a really successful cosmetic line and then family/personal-wise, I'd like to have a really big family and a farm."

Of course, if you've had any exposure to the media, you know that Jenner's romantic relationship and her hopes for it are a pretty large topic of conversation. Earlier this year, footage of Jenner speaking with her boyfriend, Tyga, and father, Caitlyn Jenner, on Keeping Up with the Kardashians made headlines when she said, "I feel 30 is too late to have kids." When asked if she still feels the same way, she said, "I don't want to start [having] a baby when I'm 30! I don't believe in after 30—I don't know," and said her sisters "all wanted to have kids before. Kim was like, 'I better have two kids before 30.' She always said that."

WATCH THIS NEXT: Fashion Week's Surprising Thoughts About The Kardashians + Jenners

She also talked about her influence and the way she utilizes her platforms. Talking about her #IAmMoreThan project, where she spotlights those who have overcome a major life event, she said, "Growing up and being a young teen socialite comes with a lot of negativity and a lot of mean comments and online bullying and I turn to these people who have real issues and have overcome bullying and done something amazing with it and they really inspire me. They make me feel like, 'Oh wow, they're going through something much bigger than I could ever imagine.' It's just amazing how they stay positive and I wanted to share that with my fans and followers."

A massive source of speculation and criticism that surrounds Jenner is her ever-changing look. While she insists that the biggest misconception people have about her is "probably that I'm just super fake and that at 16/17, I got my full face reconstructed and that I only care about materialistic things," she did famously get her lips augmented. For the Paper cover image, her lips and eyes were Photoshopped to look larger. Of course, she also branded her entire beauty empire around the attention her lips have gained, but it seems that it's the feature that helped her not only become more confident in her appearance but also helped her realize her power. When asked when she became aware of how much influence she had on her fans, she replied, "I think it all started with my lips when I would overline them. I didn't see one other girl wearing nude lipstick—I didn't even care about the lipstick, I just wanted my lips to be bigger—and then I started seeing a bunch of girls wearing nude lipstick... And then the Kylie Jenner makeup tutorials started coming and it became a big thing. I feel like that's when I really realized."

As she said before, 2016 is the year of realizing things, and it will certainly be interesting to watch Jenner as she comes even more into her own. For now, though, check out some of the photos from her spread in the gallery below, and check out the full cover story here.