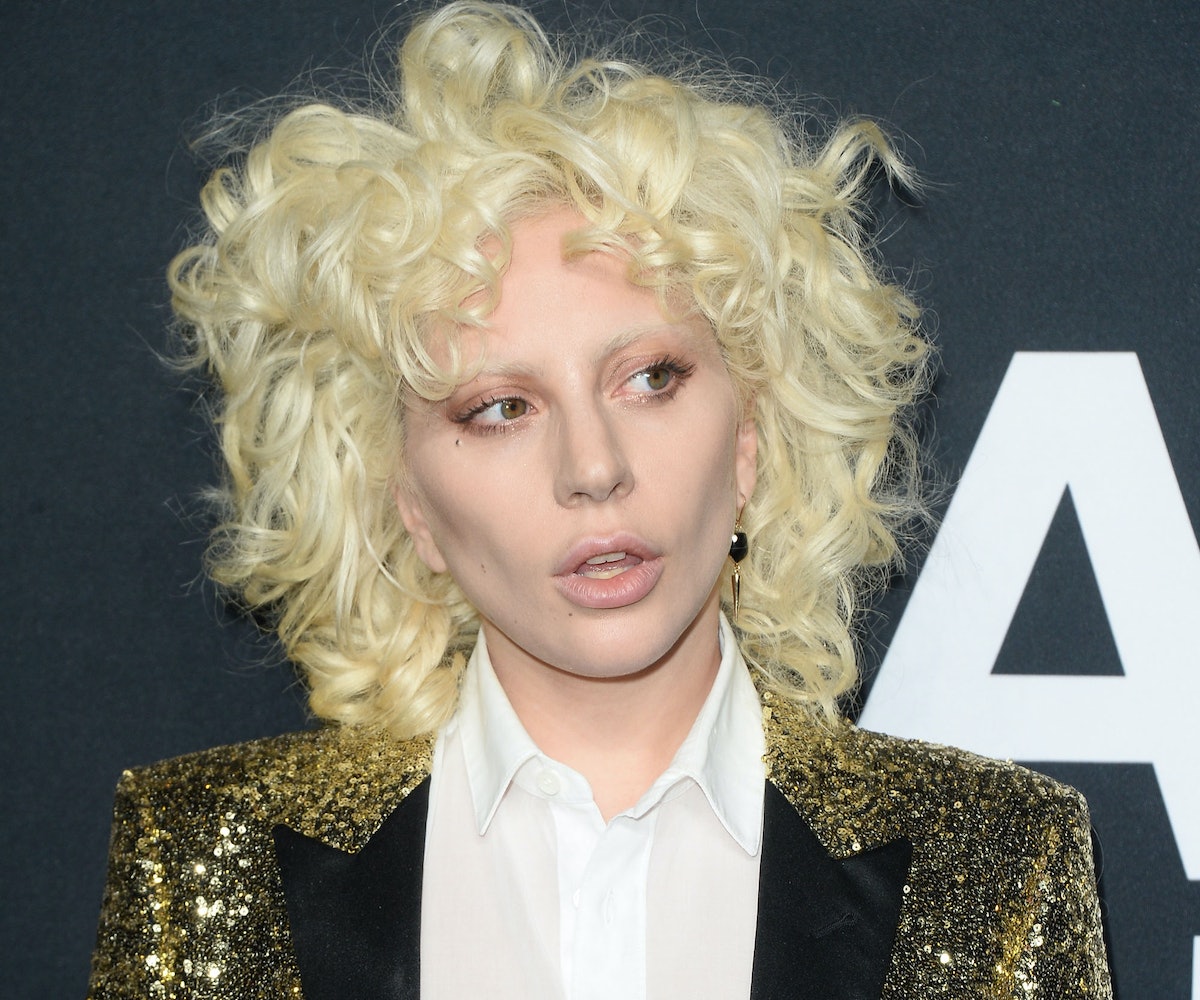 The most hugely anticipated performance in a sea of hugely anticipated performances scheduled to go down at tomorrow night's Grammys has to be the David Bowie tribute. Little is known about the three to four song segent, other than that it will be directed by Bowie's longtime collaborator Nile Rogers, and that Lady Gaga will be the performance's centerpiece. But, Gaga couldn't wait until Monday to pay tribute to the latey pop legend. On Saturday, she got a near-lifesize tattoo of Bowies face on the side of her torso, taken from the iconic cover of his Aladdin Sane album.

The inking, which was done by the legendary Hollywood tattoo artist Mark Mahoney, will likely be in plain sight when Gaga takes the stage Monday. For those of you who can't wait, she posted multiple Snapchats of the process, captioning them with touching prose devoted to her idol. "This was the image that changed my life," read one caption. "Hail Mary full of grace Saint Bowie," read another.

When Bowie died last month after a long battle with cancer, the world mourned openly. Gaga in particular, made no secret about how much the singer meant to her "When I fell in love with David Bowie, when I was living on the Lower East Side, I always felt that his glamor was something he was using to express a message to people that was very healing for their souls," she told The Hollwyood Reporter. "He is a true, true artist and I don’t know if I ever went, 'Oh, I’m going to be that way like this,' or if I arrived upon it slowly, realizing it was my calling and that’s what drew me to him."

Needless to say, tomorrow night is going to be special.