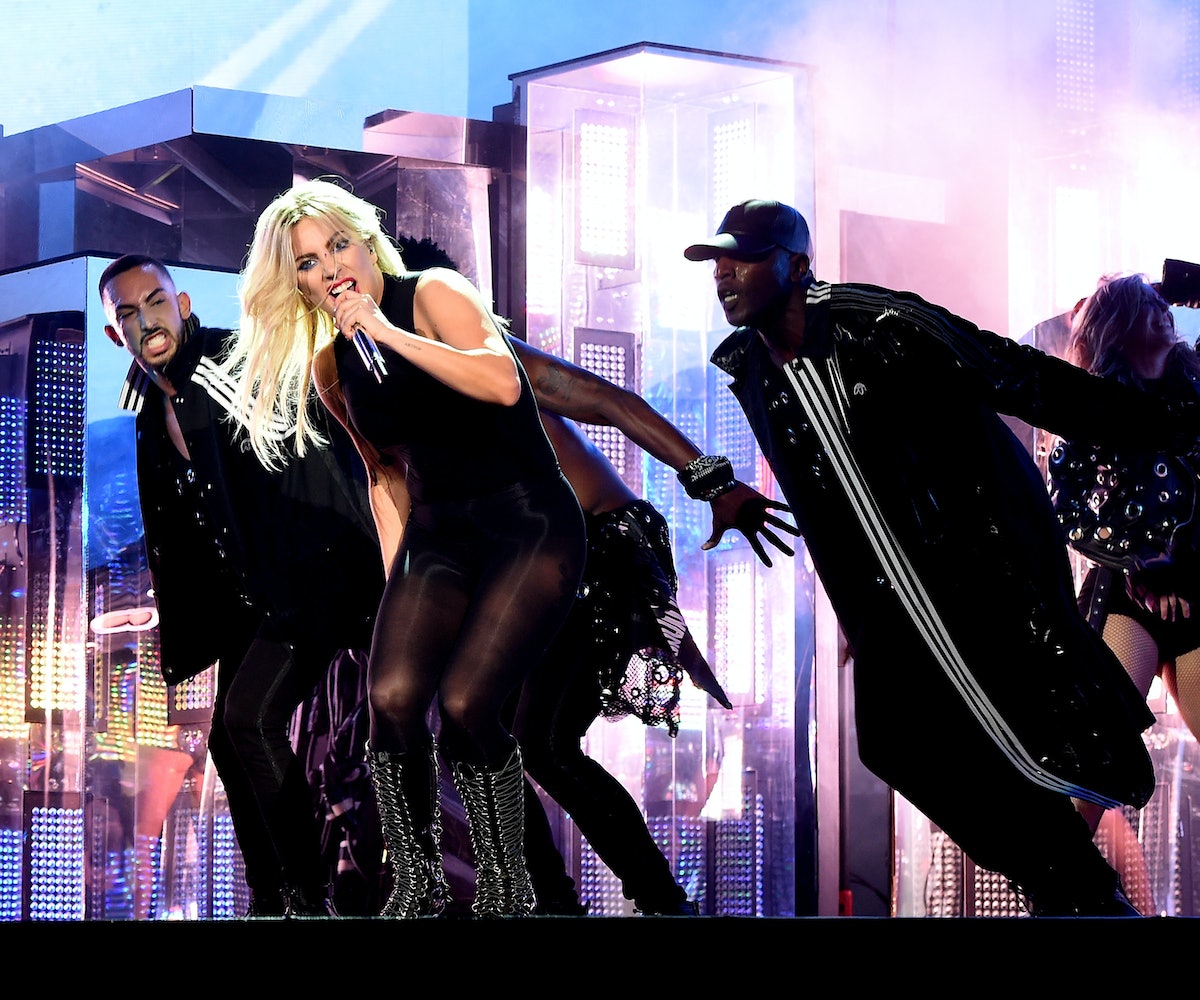 When Beyonce had to drop out of headlining Coachella this year due to the fact that she's pregnant with twins (apparently she's only human), Lady Gaga took over the task of being the first solo female headliner at the festival in over a decade—and she didn't disappoint. Gaga's show was complete with her riding her backup dancers and video footage of her swallowing an octopus. She sang some old hits, like "Poker Face," and songs off her new album, Joanne. Then she blew the crowd's minds by debuting brand-new song, "The Cure," and it's the best pop hook the singer's written in a while.

After her performance, Gaga immediately announced the release of "The Cure," which is now available to stream on Spotify, Apple Music, and Tidal. Later this year, Gaga will go on a world tour for Joanne. Between her epic Super Bowl halftime show, performing with Metallica at the Grammys, and touring the nation's best dive bars, this really is turning out to be Lady Gaga's year. Now let's see if she takes home the Michael Jackson Video Vanguard Award at this year's VMAs.