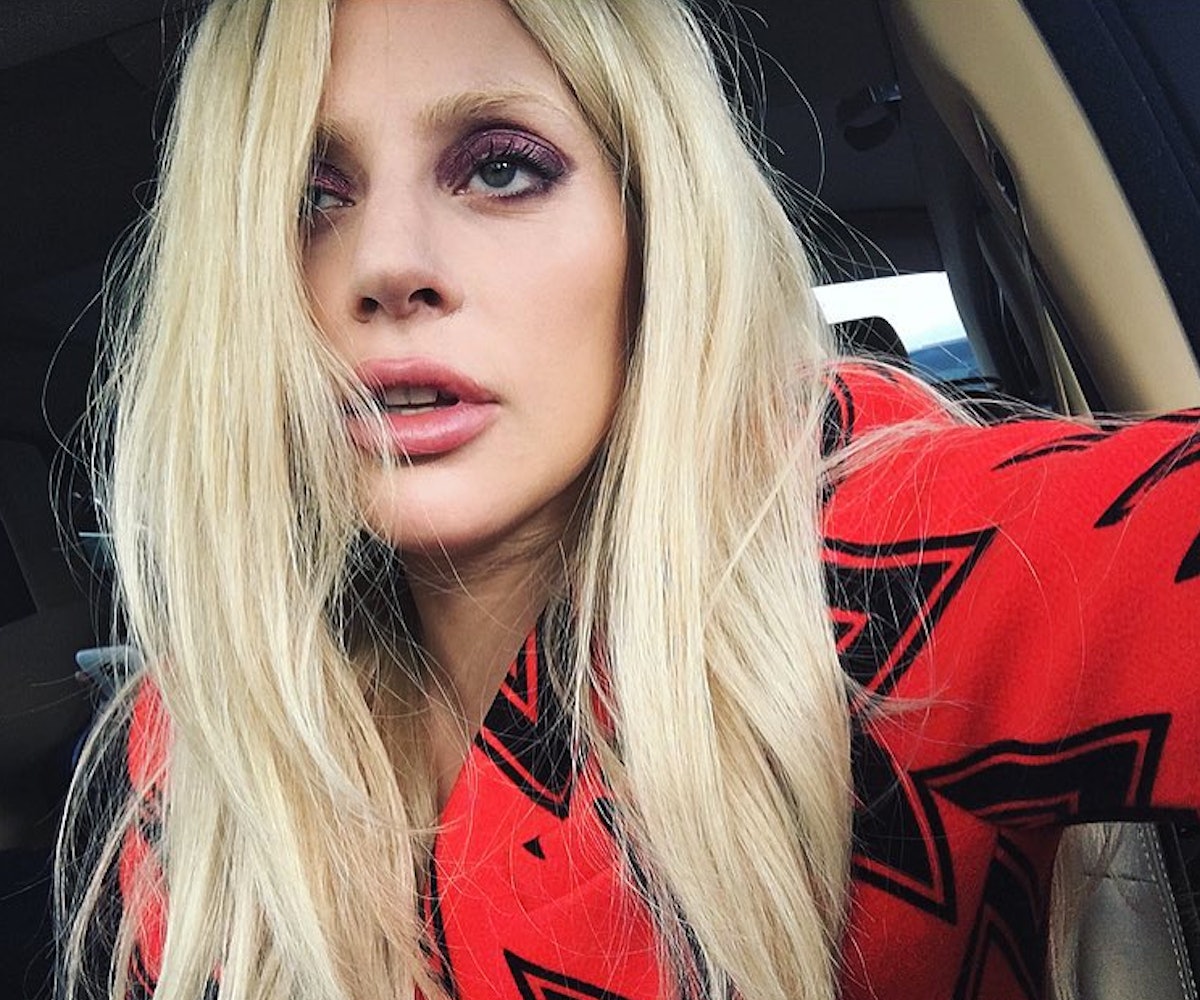 Lady Gaga has given us many a look (dare we say lewk?) over the past few years, from facial prosthetics to that infamous meat dress. So, when she started adopting a less-extreme sense of style, the Internet collectively gasped and took it to the extreme, mourning the loss of Mother Monster's outrageous sensibilities. But less extreme doesn't always mean less exciting, especially not when it comes to Gaga.

Over the past few months, she's given us some pretty fantastic looks, which are still very much over the top. And today, she gave us yet another one. After spending a bit of time in London recording music and attending the British Fashion Awards, Gaga headed to the airport in a graphic Christopher Kane look and probably the greatest purple glossy lid we've ever seen. If you've never felt a desire to spread thick petroleum jelly across your lid, well, you probably feel it now.