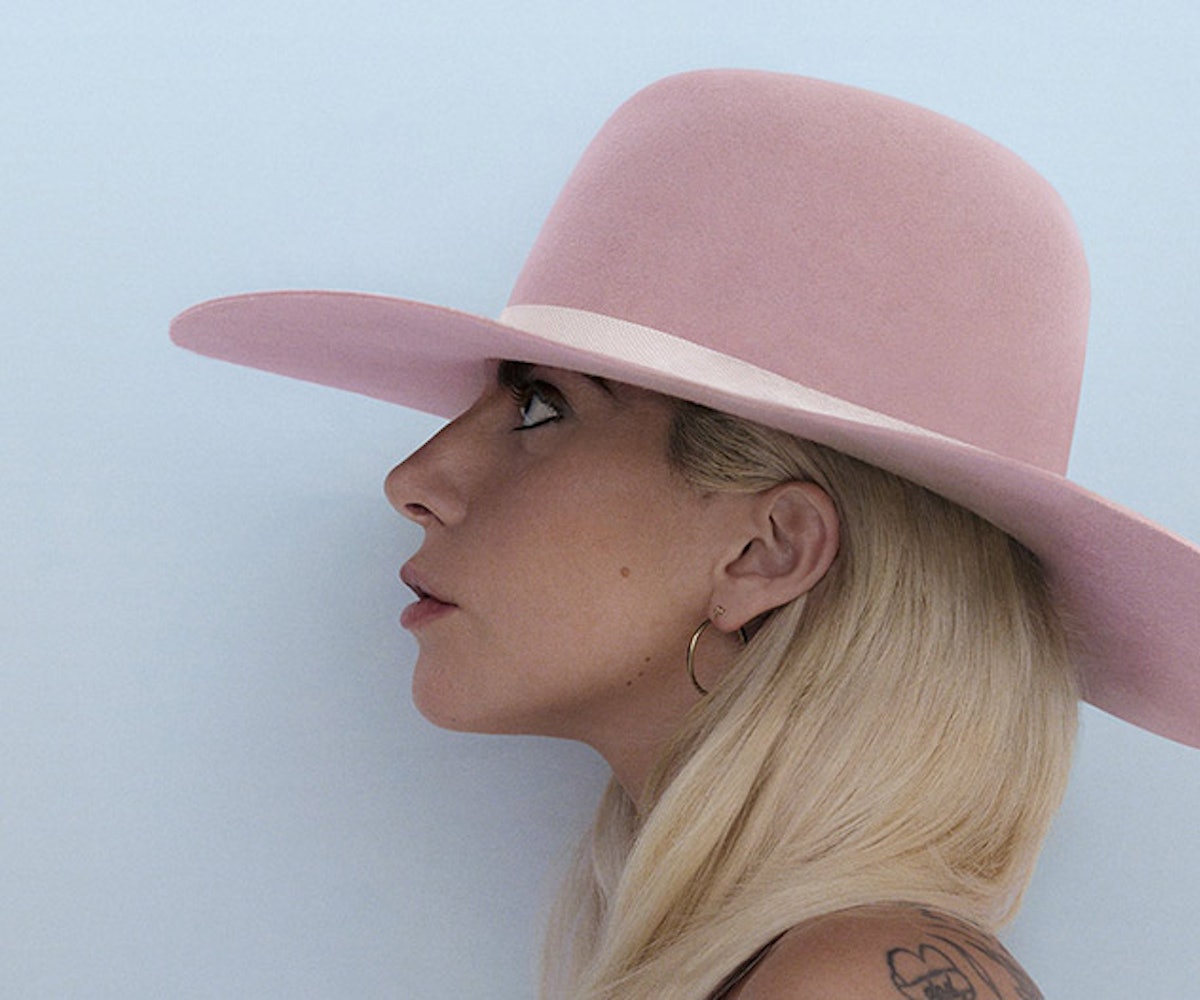 No one sounded like Lady Gaga when her career took off in 2008. She was a future-thinking wild child from New York City's Lower East Side, by way of the Upper West, with a penchant for glitter, leotards, and pop. On top of that, though, she could sing. The immense talent bubbling from within her put Gaga in a league of her own, one where her only competition was herself. But then two albums in and with a music scene more saturated than ever, Gaga's ouroboros caught up with her. "Lady Gaga is over," people said, and in a way, she was. The zany pop star archetype she helped create became de rigueur. She kissed that off by going full meta, exposing the act for what it was, and suddenly, the zaniest thing Gaga could do was tone it down.

Joanne, her fifth proper album, is our reintroduction to Lady Gaga.

Joanne is both progressive and transgressive. You can't say it's country and it's definitely not pop. There are hints of funk and psych rock, and there are piano ballads and a confounding tropic-dance fusion vibe on the masturbation anthem, "Dancing In Circles." Messy as all that sounds, Joanne is, arguably, Gaga's best-produced album since The Fame Monster. She doesn't go over-the-top; rather, she's found a perfect middle ground. (How fitting since Joanne is her middle name.) There are still Gaga elements, too, like her aggressive screaming in the beginning of "John Wayne." She has clearly not lost the knack for tongue-in-cheek lyrics, like "funk me downtown" on the aforementioned "Dancing In Circles." And, the hooks on songs like "A-YO" and "Diamond Heart" are true and utter bops, with the latter flipping pop-rock into rock-pop.

We graduate into a new, more experimental and "adult" Gaga sound post-"Perfect Illusion," the album's lead single. What follows are songs that, honestly, don't do much to improve the album per se, but, thanks to the Age of the Single, don't harm it. You can just skip a song or not even download it; I'm talking specifically about "Come To Mama," which is the most throwaway song on the album. It's still a jam, but it feels off when sandwiched between "Sinner's Prayer" and the Florence Welch-assisted "Hey Girl," two songs whose risks pay off in spades. The deluxe tracks, "Grigio Girls" and "Just Another Day," are delightful songs that blur the Gaga-Ronson line and keep Gaga just far enough outside of the proper mainstream to keep us consistently surprised.

It would be reductive of Gaga to release an album that sounded like The Fame and Fame Monster, as many would have liked to her to do. It's unfair of listeners to expect Gaga to do so, as well. We fell for Gaga because she didn't stick to what worked; "Just Dance" was a song we, in the beginning, didn't know would be a thing at all, but it felt good, and her particular brand of artistry challenged and wowed us. Now, she's doing it again with an album that begs the question: Is Lady Gaga still Lady Gaga without the extraordinary theatrics? I would argue yes, of course, she is because the idea of Lady Gaga is fluid and flexible. It gives Stefani Joanne Angelina Germanotta the space to observe and examine the world around her. Her Dive Bar Tour with Bud Light is as much an expression of her past as it is her current. (Last night's homecoming at one of the first bars Gaga ever performed at was a whirlwind of emotion.) Wherever it falls, it's been a long time coming. Joanne is not the album many asked for, but it is the album the woman behind Lady Gaga needed to ease into this newfound phase of her career. It's a good thing she's still in a league of her own because it gives Gaga, the concept, ample room to grow. She's still a free b*tch, baby. Paws up. Yeehaw, or whatever it is we're supposed to do in this era.

Joanne is out now.