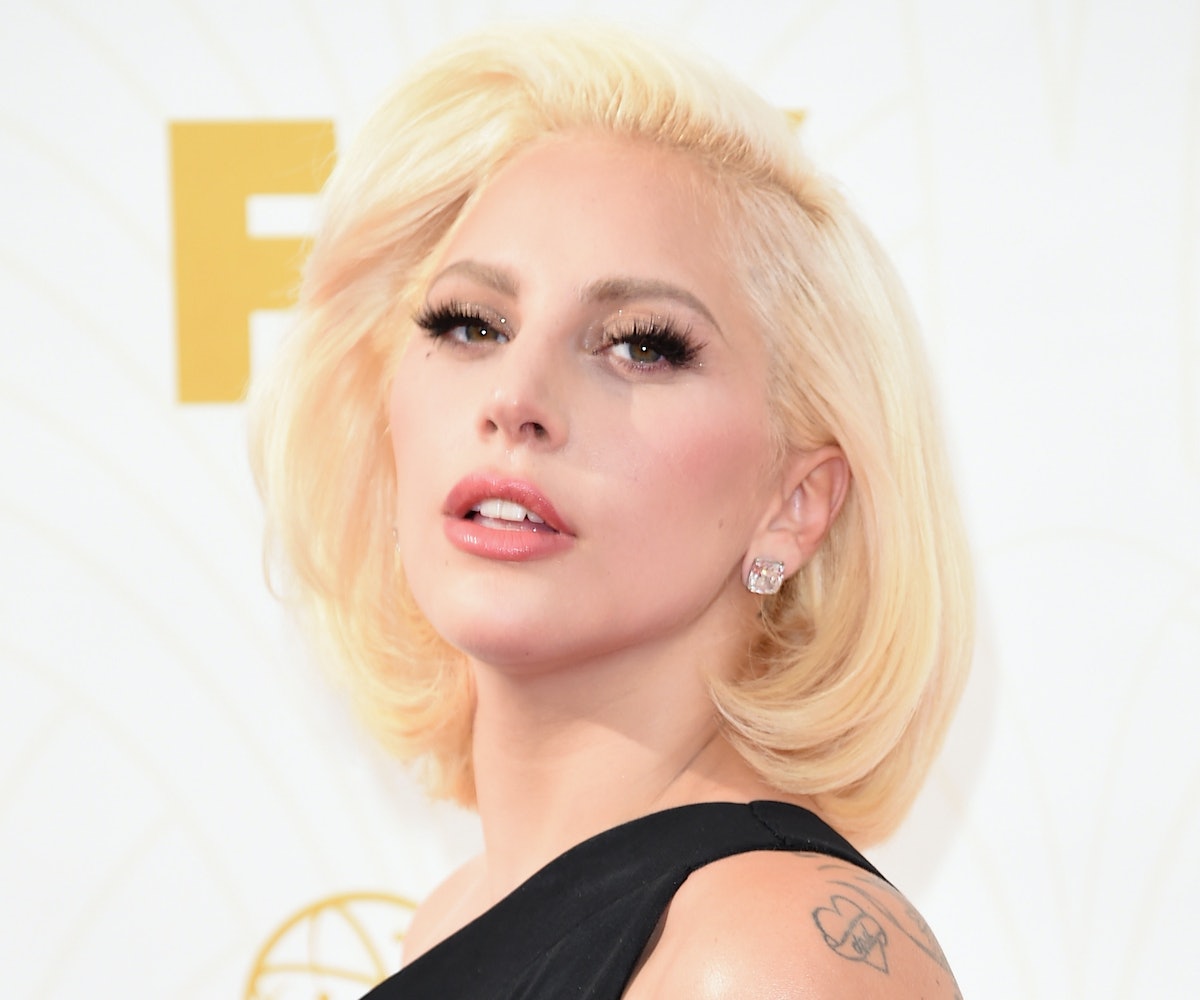 Without a doubt, one of the most powerful songs of 2015 was Lady Gaga and Diane Warren's "Til It Happens to You." Written for The Hunting Ground, a documentary about the prevalence of sexual assault on college campuses, the song and its accompanying video reminds victims of sexual assault that they're not alone in their experience. Since she initially opened up to the public about being raped as a teenager in December 2014, Gaga has spoken numerous times about her experience in hopes of helping other victims. Most recently, she, along with fellow victim Warren, spoke about how they are still affected by their rapes as part of The Hollywood Reporter's "Awards Chatter" podcast.

Speaking about the emotion behind "Til It Happens to You," she said,

"The moment is that someone in my life, just again, just told me that it would get better. I'm going, 'You know what? I'm so sick of hearing that. And I'm so sick of people walking in and out of my life, telling me that I'm gonna be okay, because I am still in so much pain that you can't understand.' I'm speaking of myself and the person that's singing that song. I'm speaking for the world. I'm speaking for any woman or man that's been assaulted, and saying to the people in my life—What's nice about the song is that I'm not singing to the person that hurt me. That's not worth my—they're dead to me. The person that I'm singing to is the person that wants to heal me, and I'm telling them how I can. I feel the way that I tell them how they can heal me is to stop acting like they know better than I do. Tell me that I know better. Tell me I'm strong."

The song, which is generating awards show buzz, has impacted millions of people (the video has garnered nearly 23.5 million views on YouTube alone) and helped survivors come to terms with the shame and fear that comes along with being violated in that way. "I definitely have, in the past few years especially, had to, for lots of reasons, take a look at myself and my career and go, 'Okay, what is that I'm going to say now and what is it that the whole world wants to hear from me?'," she said. "And I think in one way, people they think that they want to hear just pop music from you or great pop music from you, but I think in addition to that, people also want to be healed by music."

Even though Gaga admits that "every time I sing that song, it's difficult for me," she says that she will still play the show in concert.