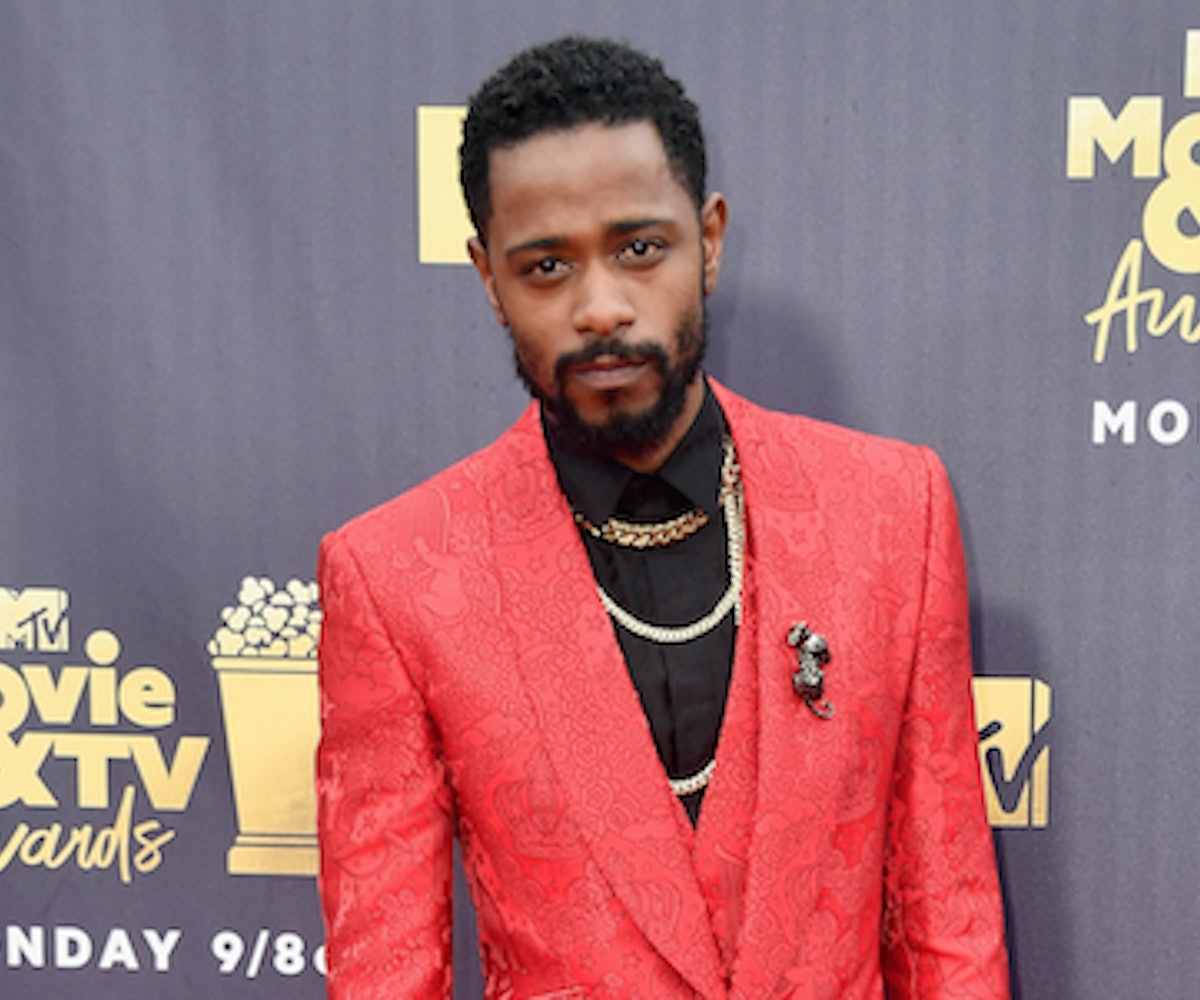 Lakeith Stanfield has apologized for using homophobic lyrics in a freestyle rap he uploaded to Instagram. The Atlanta and Sorry To Bother You star took to social media to state that he assumes the role of "characters that have different viewpoints" on life in his videos while explaining the recent clip of him using homophobic language. The clip in question, which has since been deleted from his Instagram account, featured lyrics including, “That’s some gay s**t,” and “f*g, I don’t really like to brag, but I’m straight, rich.” You can see the archived video on one Twitter user's account, below.

He also clarified that he isn't homophobic and apologized for hurting anyone with his language. “I've never been homophobic," he continued. "I have never agreed with homophobic thought or hatred toward anyone for that matter. I’m a person that moves in love and I want to promote and continue to push that. I apologize if I hurt anybody, sincerely. That wasn’t my intention—to be somebody that was out here just slinging arrows and hurting people, so I want them to know that I apologize that they had to feel sadness from that. So, my sincerest apologies.”

You can see his apology in full, below.

NEXT UP
Entertainment
The Meaning Behind Paramore's Disillusioned Anthem, "This Is Why"
Life
Unfortunately, An Amber Heard & Johnny Depp Trial Movie Is Coming
Fashion
This Y2K-Beloved Bag Is The Most Sought After Item Of 2022
Entertainment
YDE On Her EP, Lady Gaga & Making New Short Film 'Send Help’