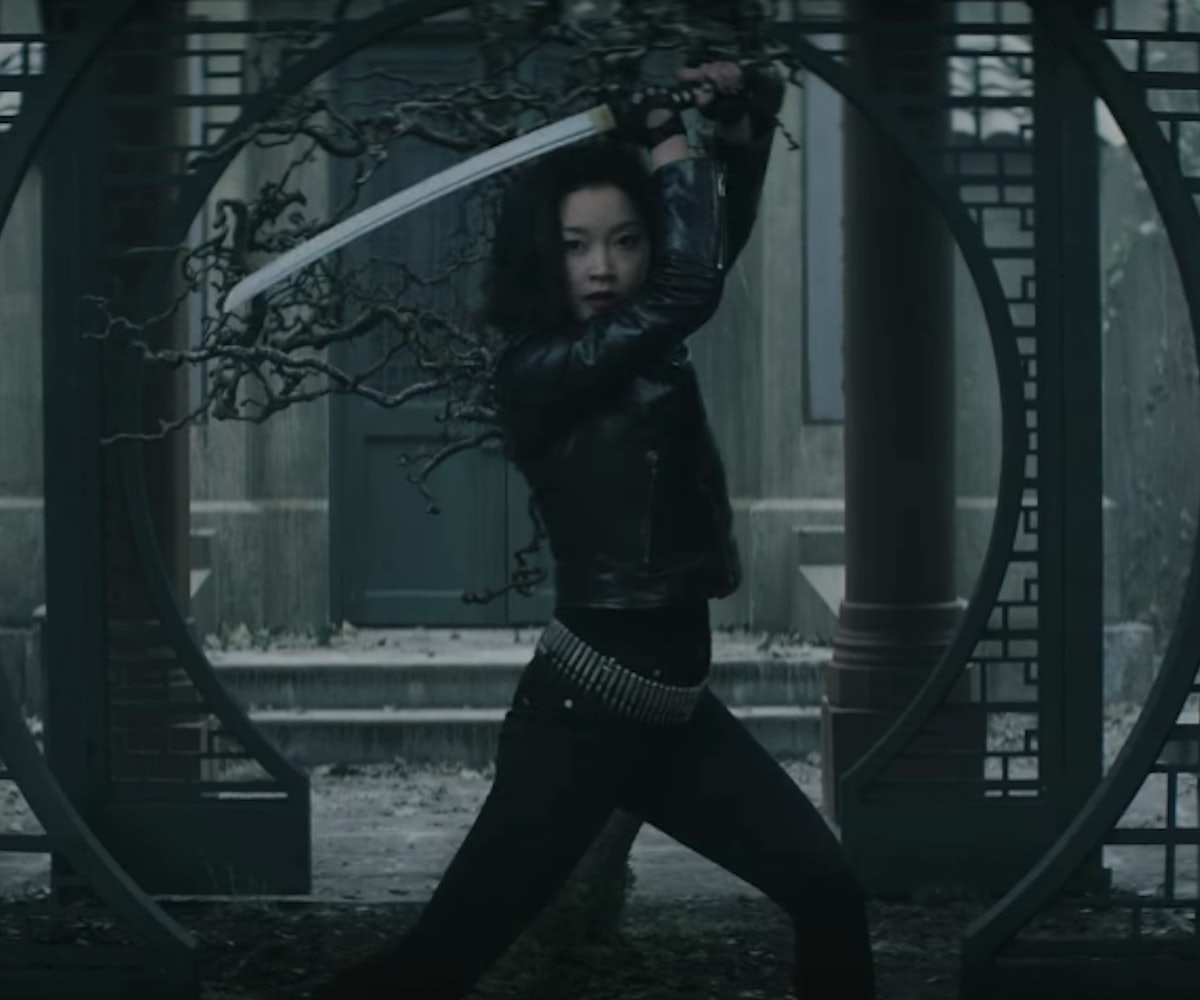 Lana Condor did a complete 180 for her new role in the upcoming SYFY series Deadly Class: She’s replaced the shy, wistful Lara Jean Covey from To All The Boys I’ve Loved Before with a snappy, sword-wielding Saya in her new series Deadly Class. The second trailer, released today, gives us more of an intro to the series and the characters.

The series, which is based on the graphic novel of the same name, takes us into Kings Dominion, a private high school for aspiring assassins. It follows main character Marcus (Benjamin Wadsworth), a homeless teenage boy who is recruited to the school filled with students who come from crime families from around the world.

One of these students is the mysterious Saya, who seems much more jaded than the optimistic Lara Jean. Though she does wield a katana which we're thrilled about.

Besides the intro to Condor’s Saya, this new trailer gives us insight into what going to Kings Dominion actually entails. It looks like the perfect mix of typical high school events (like detention and high school parties) and kick-ass assassin training (like martial arts and, um, let us bring your attention back to the aforementioned katana).

The series premieres on January 16 of next year. Watch the newest trailer, below.