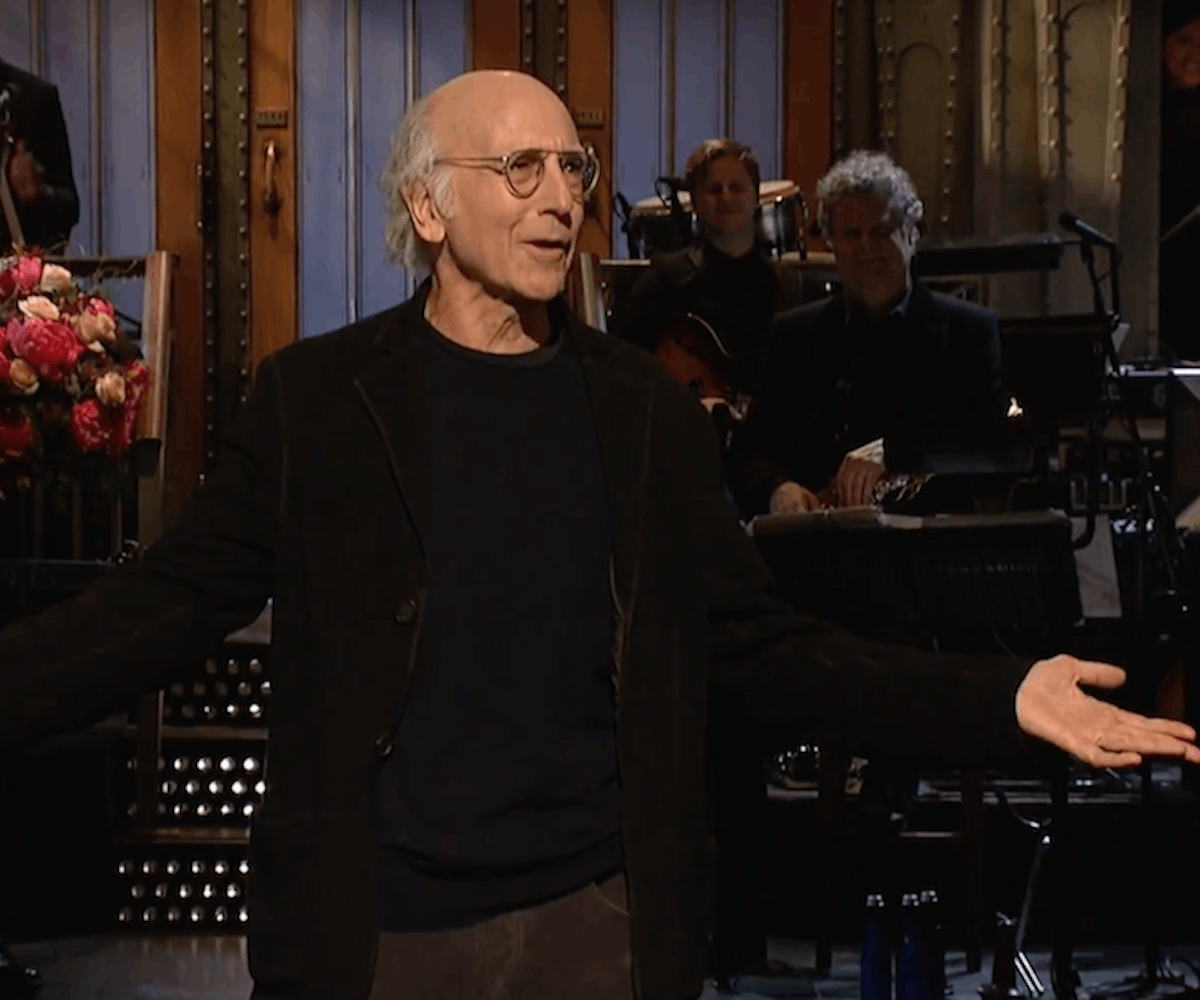 There's a long tradition of gallows humor in Jewish culture; Sometimes it's necessary to turn tragedy into comedy in order to survive. But many reacting to Larry David's controversial opening monologue from Saturday Night Live last night say the curmudgeonly comedian went too far with a series of jokes about hitting on women in concentration camps.

“I’ve always been obsessed with women, and I’ve often wondered: If I’d grown up in Poland when Hitler came to power and was sent to a concentration camp, would I still be checking out women in the camp?” said David, with the audience tepidly engaged. “The problem is, there are no good opening lines in a concentration camp ... 'How’s it going? They treatin’ you okay? You know, if we ever get out of here, I’d love to take you out for some latkes. You like latkes?'”

Reactions on social media were varied, with a predictable pattern of backlash followed by an even bigger wave of backlash-against-backlash. Some said David's status as a preeminent Jewish comedian gives him the right to make these kinds of jokes. Others said he crossed a line.

And, of course, the incident has already been turned into a self-referential meme:

Like George Orwell said: If you want a vision of the future, imagine a tuba playing you out after an awkward incident—forever.