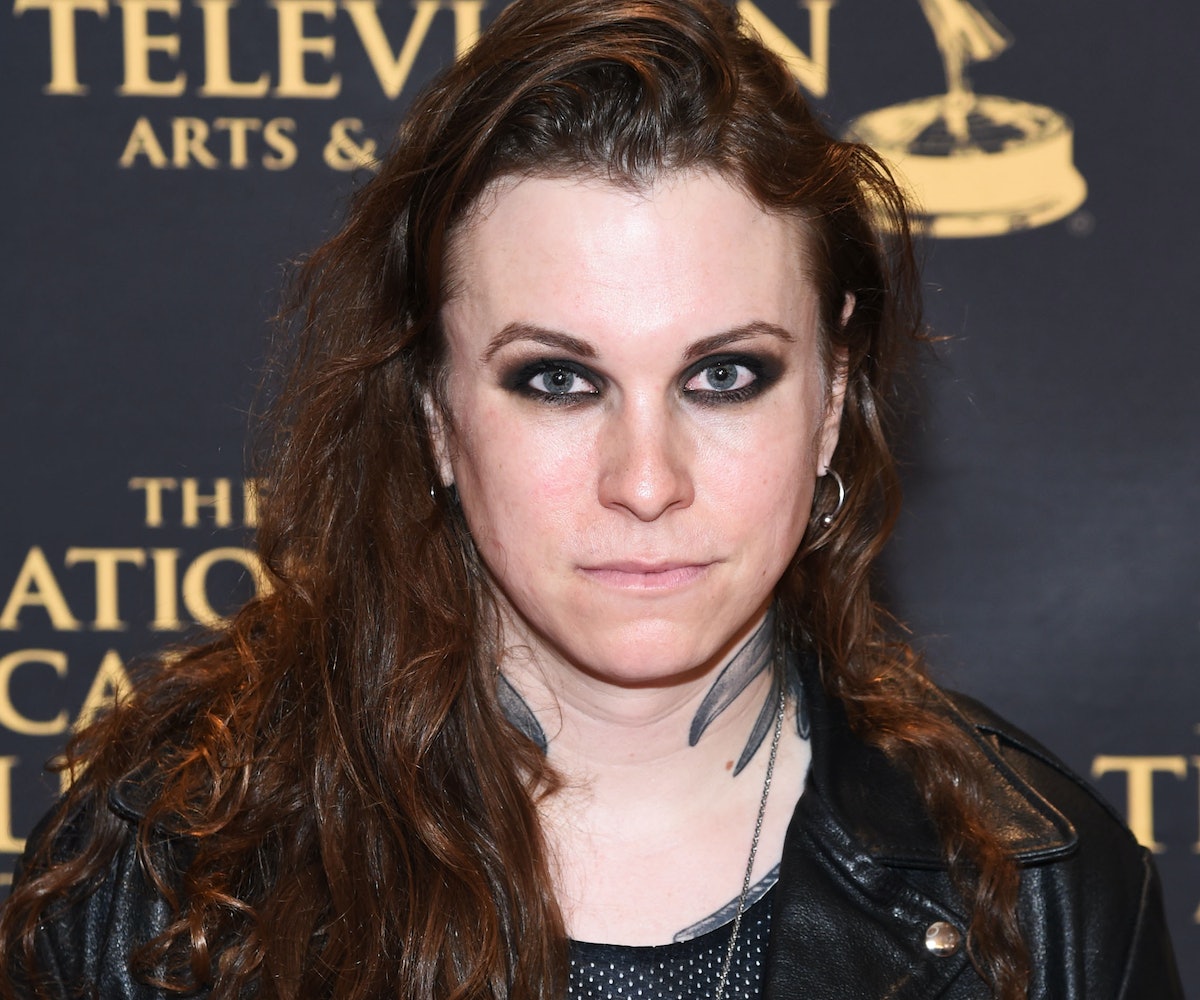 Laura Jane Grace has decided to open up about her highly publicized show in North Carolina, where she memorably said goodbye to gender by burning her birth certificate on stage. The Against Me! frontwoman, who herself identifies as transgender, hails from North Carolina and had no intention of canceling her show, as many of her fellow artists have done in protest of the state's controversial anti-LGBT law.

"If you’re a trans person living in North Carolina, it’s not like you have the option to be like, ‘You know what? I’m gonna boycott my state—I’m not going to work today. I’m not gonna shop at the store,’" she told Vulture in a lengthy op-ed. “So my solution was never gonna be, ‘I’m just not gonna play in North Carolina.’ That’s ridiculous.”

Grace also revealed how she made a point to make herself available after the show, just in case any fans wanted to discuss their own experiences as a trans person living in a state that discriminates against them. "At that show, in particular, there were a lot of younger kids—really young kids who are struggling with gender identity and struggling with that kind of discrimination," she said. "When I came out, I had no community. I didn’t know any trans people. So back then, to go on tour and immediately have people who would wait around after shows to say hey, to say they were there if I needed a friend—that meant the world to me."

Grace ends with a total condemnation of HB2, which she believes targets trans women in particular. “The argument is predicated on the idea of transgender people being mentally ill, or pedophiles, or sexual predators, which is just absurd,” she explains. “If the fear is of sexual assault or rape, well, there are already laws against things like that. People have been using the restroom with transgender people all their life—they generally just don’t realize it.”