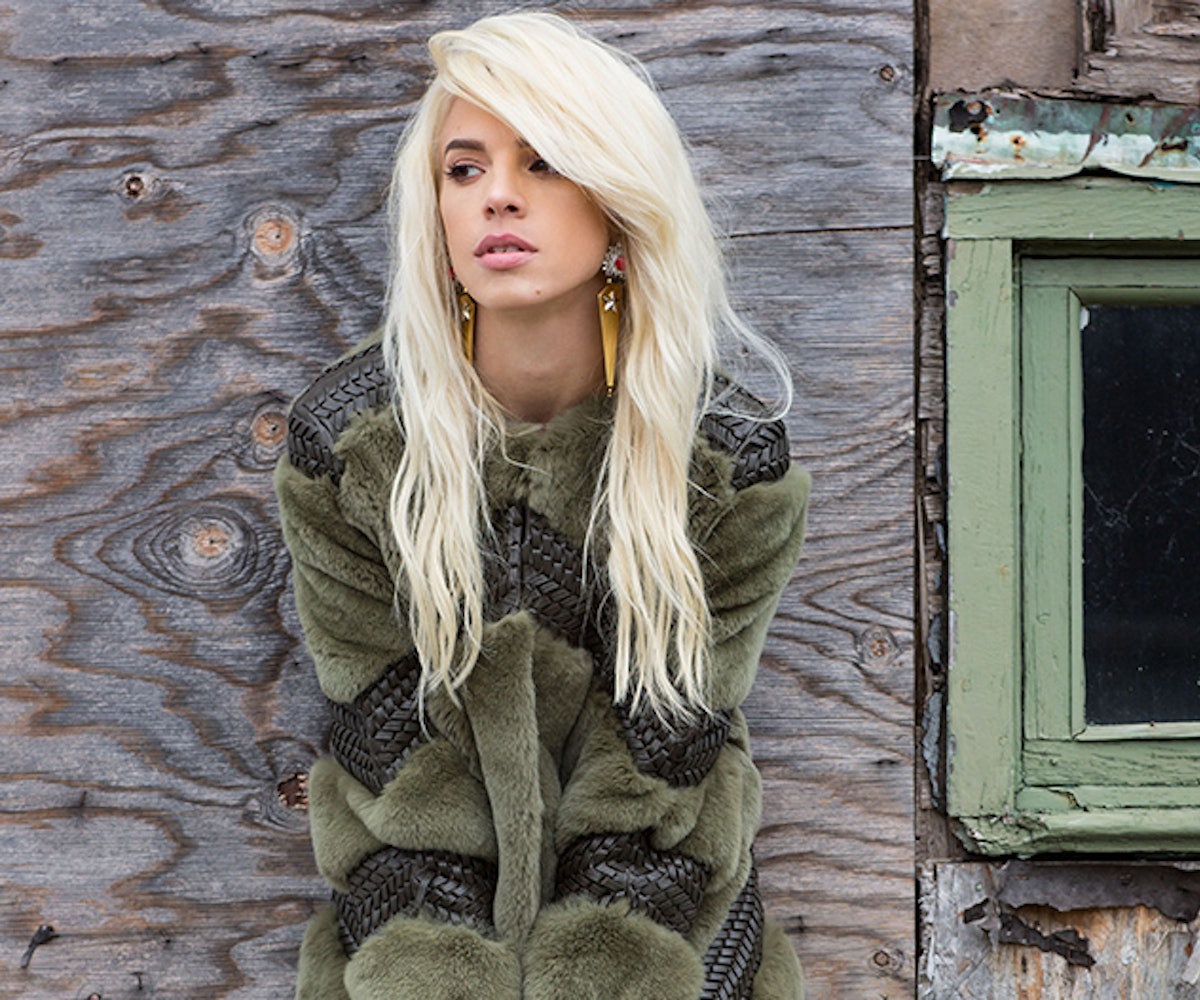 When your sound relies heavily on soul-soaked productions and a buzzing vocal delivery, comparisons to contemporaries like Amy Winehouse are inevitable. But Lauriana Mae is more than that. With the release of her latest EP, City of Diamonds (out now on Atlantic), Mae has found a sound completely her own: soulful pop pulled straight from the streets of New York, with New Jersey influence. It’s slinky, heartfelt music that’s genuinely honest. So much so that we caught up with the musician to find out just what exactly went into making one of this year's most authenticly refreshing EPs. The answer? A lot of growing up.

This EP sounds more realized than anything else you’ve done before. How have you changed since released your older work?

I think that you’re right; it is more realized, I just think that this project is a lot more open and honest than I’ve been on the other projects. I was really trying to be what I thought I wanted to be, you know? I wanted to have bunch of money and fresh things, and to be able to party and help everybody. I went through so much recording the album and the EP that a time came where I was pushed to open up about what I really think and what I really feel, really love, and really wanted to have.

What sort of experiences pushed you to open up?

While I was recording the album, my Pop Pop passed away, my nanny passed away at 90 years old, my best girl friend was killed in a car crash, and Sandy took out about five homes in my family. I just was at the point where I was ready to pour out my soul.

With you being from New Jersey, how has New York City affected your writing?

So much. I come from the small towns of Monmouth County, New Jersey, where everything to me is about family and loyalty. We have big dreams and stuff, but they don’t do anything about them. They don’t feel like they can make it. I feel very lucky to say my family has always pushed me and supported me. I’m right next to the city, so all roads lead to that if you want to learn the actual business and become connected. I would travel there with my backpack on, ready to take any audition or opportunity that might come along. All the lines and doors really rip through your soul sometimes. I had to learn how to listen above the noise and see the beauty the city has to offer—which is everything you’ve ever dreamed of, really.

Do you have a favorite New York City moment?

I used to be so afraid to take the subways, so I would walk the 50 blocks if I ever needed to. Moments where I would have my headphones on and listening to John Coltrane louder than anything are my favorite. Sometimes I would stop in Times Square and watch the people, watch everything and think how beautiful it was.

Speaking of walking the streets and all of that, you recently tweeted about your "team" running with the enemy. Is that what inspired your track “Protect Ya Neck”?

It’s definitely what inspired the song because I’m very family-oriented and my entire team is run like a family business. I welcome them into my home, I take my own resources and money or anything and invest it in people that I care about. So when somebody stabs me in my back or tries to trip me up, I take that very personally. I’ve gotten very hurt by people, but I’ve also been very supported by the people that I run with now and am, in turn, I’m really protective of them.

What would you say is the most important thing your family, which you refer to as Team Pains, has taught you?

Well, The Pains consists of me, a couple other artists, my band, my stylist, my manager—anyone who supports us is Team Pains, really. It’s those who have supported me. They’ve helped me understand what a team is: a group of people that invests in each other. Some people fall off and, like I said before, stab you in the back, but some people are true givers.

Totally. Is there a piece of advice someone has given you that really hit home?

My uncle recently passed away and I he used to always tell me to “chase the dream and not the guy.” It’s not even so much about “the guy,” but more about understanding the dream and letting go of the things you don’t need. Everything else will come to you; stay on your path, stay driven, focused, and don’t let anybody take your focus off of what you want and what your heart wants, and what your family and you have invested in, because it can happen.

How are you hoping to inspire women with your music?

I’m hoping to inspire women to be queens and to recognize what we are, because these men out here would like to have us believing it’s okay to have multiple women and to call us “bad bitches” like it’s supposed to be some compliment. The paradox of it all is they want to encourage everyone to be strippers, but then say “we don’t love them hoes” and call them “thots”and all this stuff. I’d rather be a beautiful woman and I’d rather be accomplished and know that I worked hard on something. Women don’t need to wait around for a man to save them.