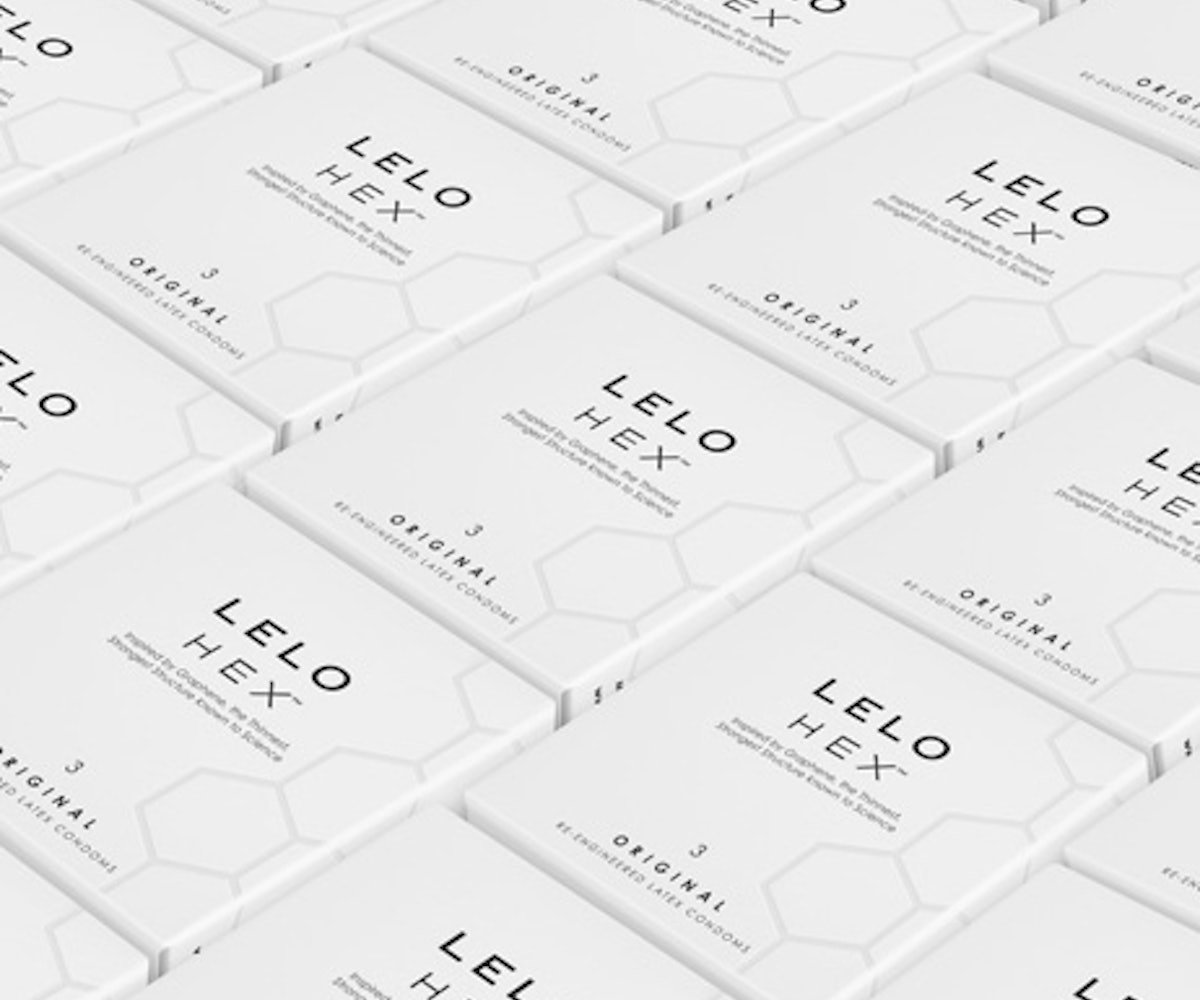 While there have been some minor changes to the condom since it was invented in 1920, there haven't been many practical or performance-driven improvements. They still break, they still slip, and they are still uncomfortable. But now, it seems, the condom is finally getting the innovative makeover it deserves by upscale Swedish sex toy company Lelo. Named Hex, the new product uses a hexagonal web, which doesn't only look different, but also changes the entire structure of the device.

The Hex's latex structure is stronger and more durable, the company claims. Its hexagonal structure absorbs whatever shock the condom comes in contact with. So if you wanted to, say, poke holes in the condom, it will still look as if it's intact, with the damage remaining local to the cell it is contained in. It's unsettling that users won't know if they are more vulnerable to STDs and pregnancy from localized damage, but is still something the company has chosen to showcase, nonetheless. (See the GIF below.)

In addition to more practical problems with the condom's traditional design and makeup, Lelo alleges that it has found a solution to sensational problems and improved comfort. Its raised motif supposedly increases pleasure; it is also echoed on the inside of the condom to reduce slippage. And due to the practical nature of the hexagon, which anyone who has used Glad ForceFlex garbage bags knows, it molds to the wearer.

Unfortunately, the design is currently only made with latex, so those who have to use silicon condoms due to allergies are unable to try the design.

While most of what we know about the condom is limited to what the company has told us, and those using Hex should still be as cautious as they would when using a typical condom, hopefully, it will encourage more people to use condoms and engage in sex in a safe, positive way.

The Hex condoms are available to purchase here.