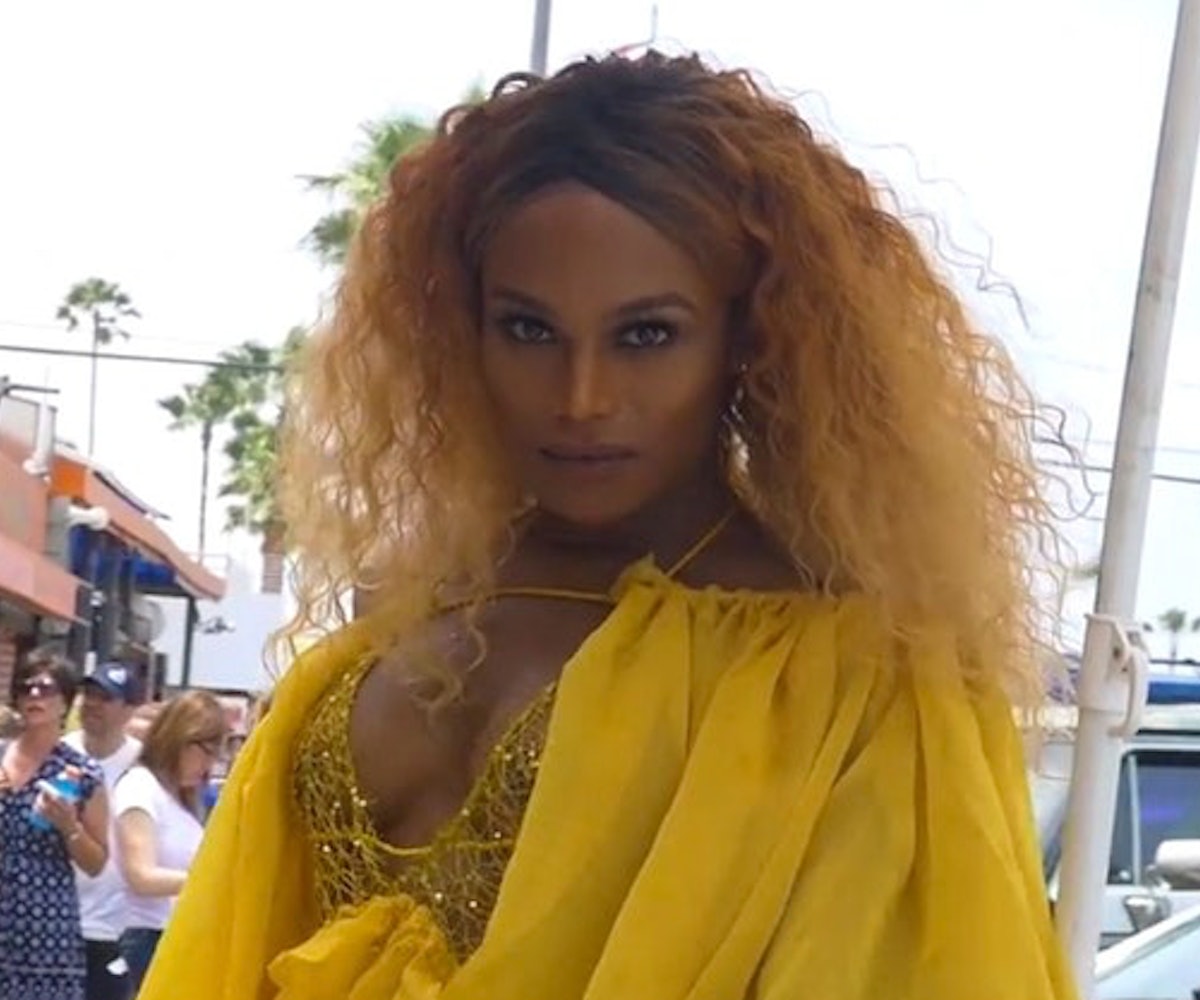 Beyoncé's Lemonade couldn't have come at a better time. It was a revolutionary declaration at the time of its release and has since taken on new meaning as society struggles through its systematic inequalities and civil rights injustices. And while it has become a universal call to action, as our editorial assistant Sydney Gore pointed out in her initial review, it is a statement on what it means to be a black woman in America. Now, a group of trans women is declaring the importance of the album and its accompanying visual with "Lemonade Served Bitter Sweet."

Posted to Facebook last week by Beyoncé impersonator Miss_Shalae, who also stars in the video, the 12-minute clip goes through four of the singer's songs. Beginning with "Hold Up," moving through "Freedom" and "Sorry," and ending with "6 Inch," it's entertaining and proclaims the power of the entertainers involved. Looking at the finished product, it's impressive that the production only took 16 hours to create. And the best part of it all is that it was made by Glass Wing Group, a collective of all-trans creatives.