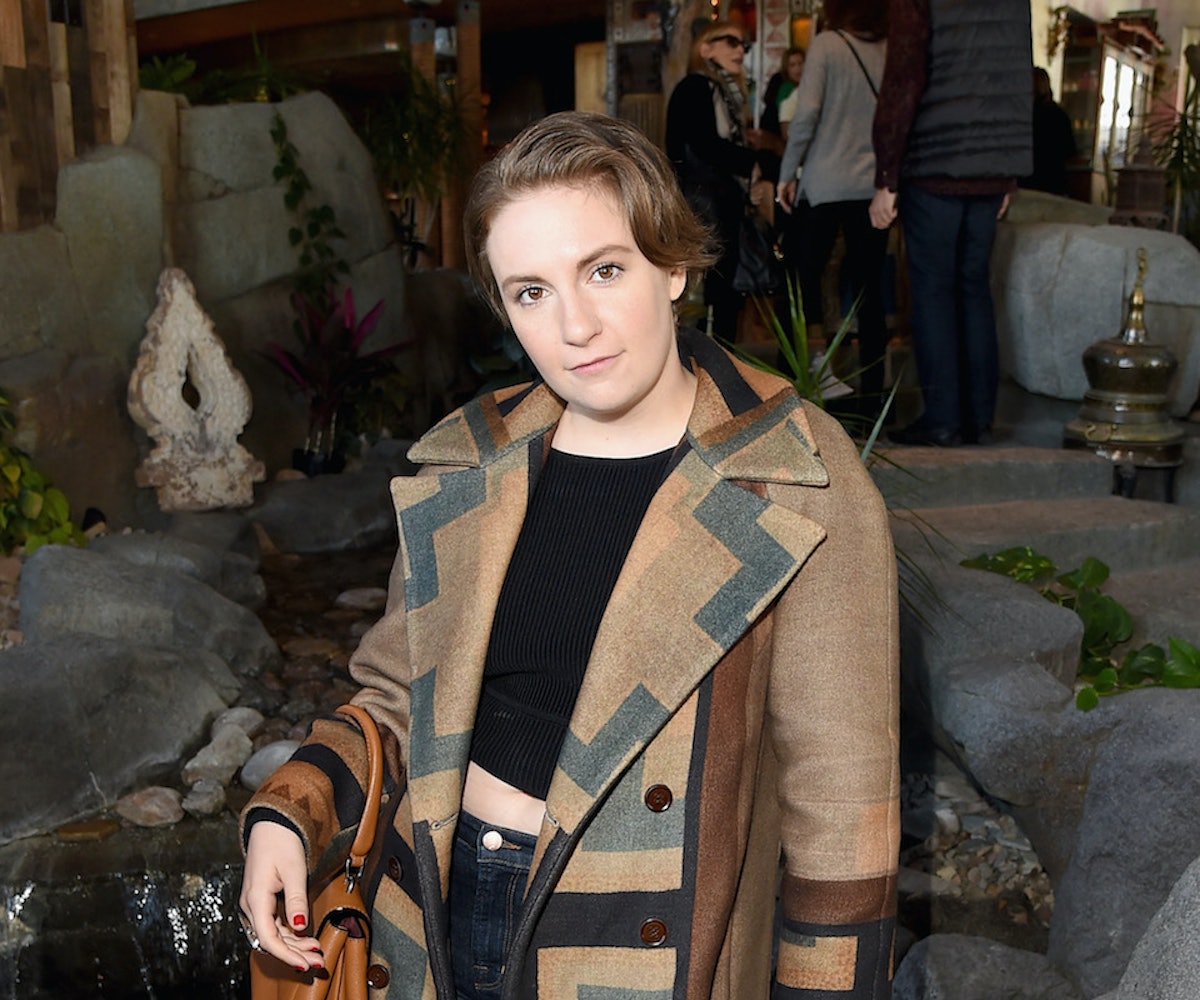 When it comes to Photoshop best practices, Lena Dunham is incredibly vocal. In a new essay published in her Lenny newsletter, Dunham articulates her opinions on the subject in the wake of last week's misunderstanding, when she publicly accused the Spanish magazine Tentaciones of Photoshopping its cover image of her. The mag refuted those claims and provided evidence, prompting Dunham to issue an apology for her error, while lamenting the feeling of no longer being able to recognize her own body in retouched photos.

In the essay, titled "Retouched by an Angel," Dunham discusses the complex relationship she has with her body through the medium of Photoshop, and her developing consciousness of it.

"When I started getting photographed by professionals to promote my work, it didn’t occur to me to ask about, or to question, the use of Photoshop," she writes. "I was 24, and whatever they did to make women appear important, desirable and worthy of praise was what I wanted. When my skin seemed almost painted on, when my nose was thin and pointed, I felt grateful for the future Google image search a potential paramour would enjoy, replacing a few candids of me with angry red zits at an indie-film-festival party.”

Dunham goes on to write that she will no longer allow her image to be Photoshopped. "“[I’m] not done with getting my picture taken (once an insufferable ham, always an insufferable ham) but the gap between what I believe and what I allow to be done to my image has to close now. If that means no more fashion-magazine covers, so be it. I respect the people who create those magazines and the job they have to do. I thank them for letting me make a few appearances and for making me feel gorgeous along the way. But I bid farewell to an era when my body was fair game.”

Although the industry continues to become more and more accepting of body types that aren't "model skinny" (i.e. Target's latest swimsuit campaign and Ashley Graham's Sports Illustrated cover), it still has a long way to go. Women should have the ability to recognize their own body in an image, and if anything, the perceived imperfections are what make them unique.

By the end of her essay, Dunham sums up her position bluntly: “This body is the only one I have,” she wrote. “I love it for what it’s given me. I hate it for what it’s denied me. And now, without further ado, I want to be able to pick my own thigh out of a lineup.”