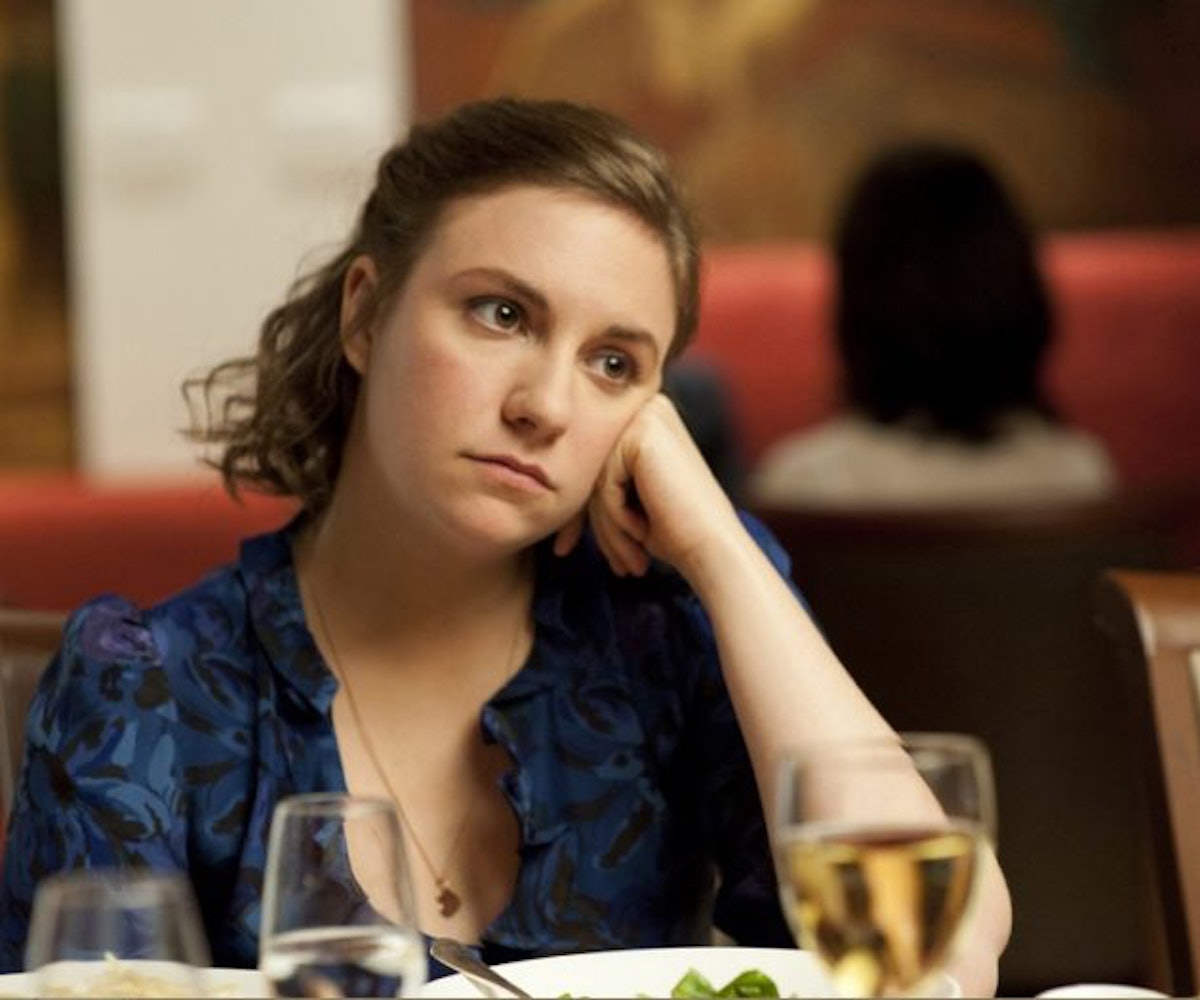 For six years, we've lived, laughed, loved, and cried with the cast of Girls, but like all good things, the show will come to an end following its sixth season.

To mark the ending, Dunham posted a heartbreaking Instagram photo sure to bring out the ugly cry in all of us. In it, she stands among moving boxes in an empty apartment while holding two lampshades and captioned it with, "Today on set I said the words 'I’ve got my fake nipples on and I'm ready to party!' Gonna miss this job…#goodbyegirls #endofGIRLS #seriesfinale." So sad!

Dunham, 30, created and starred in the show and often wrote episodes for it. The show follows Hannah, a semi-autobiographical character for Lena, as a Michigan native who went to school at Oberlin and then moved to Brooklyn to try her hand at a writing career.

Dunham later also shared a throwback photo of she and co-star Jemima Kirke who have been longtime friends.

Dunham continued to share photos praising the cast and crew for six years of hard work, making us feel nostalgia about the show before the final season has even aired.

We'll have to wait until winter 2017 for the new season, but these photos are just about enough to hold us over until then. Of the show's six-season run, Dunham told People in January: “I’m really happy that we’ve been given the opportunity by HBO to run for as long as we have and to make a decision about when it felt right to us to conclude. It’s really meaningful to not be wedged into anything but just to be able to let it take its natural course. And that’s super-awesome.” We'll miss these girls. A lot.

NEXT UP
The Art Issue 2022
Sarah Bahbah’s 'Dear Love' Is An Ode to Photography – And A Goodbye
Astrology
11 Beautiful Tarot Decks To Gift Your Metaphysical Friend
Life
NYLON Daily Newsletter: December 1, 2022
Culture
A Britney Spears-Inspired Musical Is Coming To Broadway