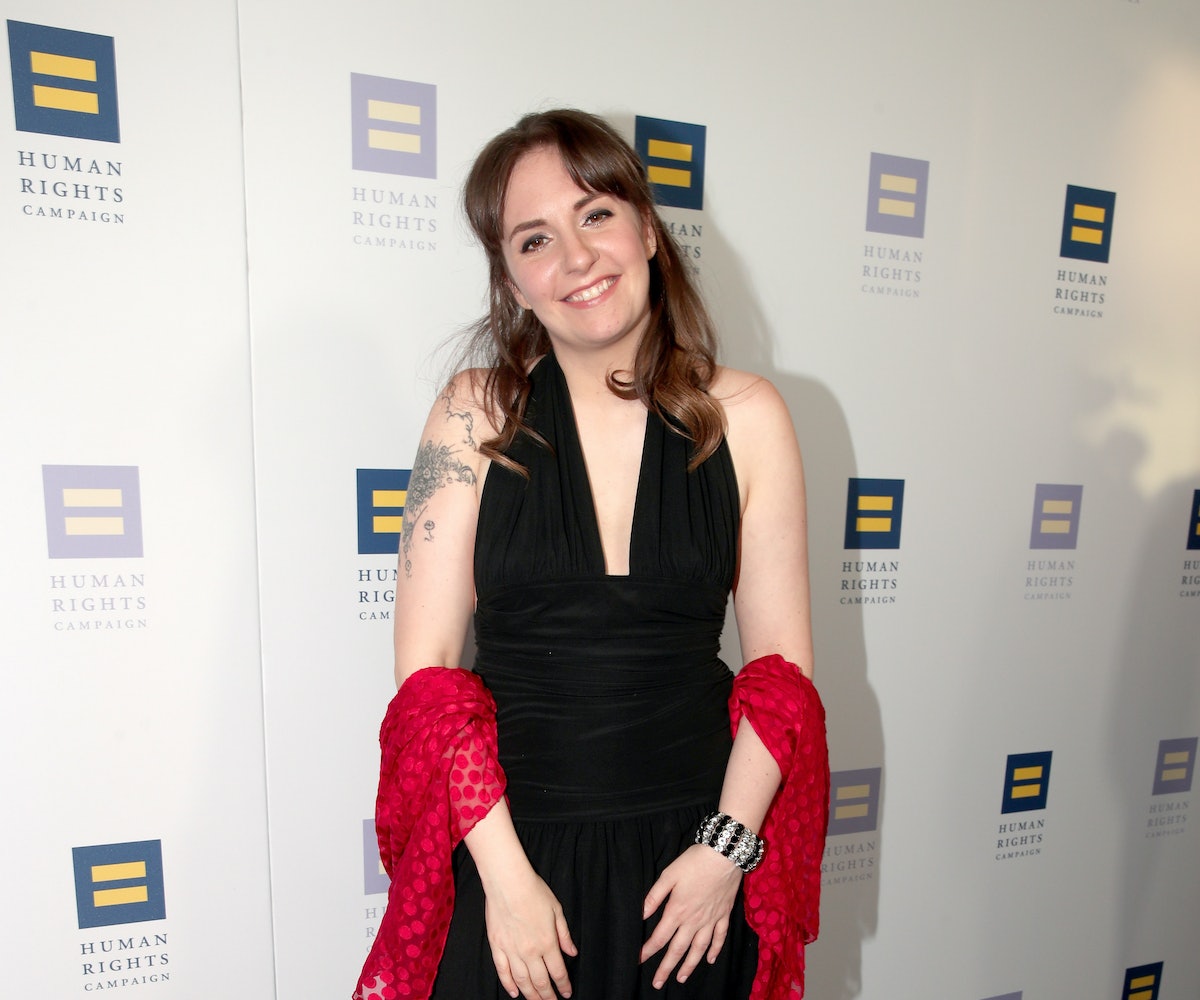 Looks like Lena Dunham is the latest celebrity to jump on the microblading train.

So much so that the actress, writer, producer, and director wrote an essay for Vogue about her experience with the treatment. In eighth grade, after years of watching her grandmother artfully draw in her eyebrows—which she was forced to do because of developing skin cancer—Dunham decided to try her hand. “I had a totally untested plan: I’d create a superthin shape using my dad’s dull tweezers, then use a pencil of some sort (lip- or eyeliner; who really knew the difference?) to fill in what God had not gifted me,” she writes.

The result wasn’t perfect, but it was what she was going for. Her fellow students, though, didn’t have the same reaction. Since she plucked most of her eyebrow hairs out at the time of her experimentation, they never quite grew back the same—even 20 years later. And while she’s tried everything in the cosmetic cannon—drawing them in, tinting, mascara wands shaping, etc.—according to the Girls creator, nothing has worked quite like microblading.

For a little background, microblading is a very detailed tattooing process. Yes, you’re basically getting your eyebrows semi-permanently tatted on your face by way of a small blade, which deposits ink on the brow area. The result lasts from one to three years and, as such, the process has risen in the ranks of beauty treatments to try over the past year. You can read in more detail about the procedure here.

Back to Dunham, she went to Madison Avenue cosmetic artist Dominique Bossavy to get her dream eyebrows. She describes the moments after finishing up, stating: “On my face were two perfect brows, the same hard-to-capture brown as the hair on my head, multidimensional, thick in all the right places, giving my face a grounded seriousness I had been wishing for since that day in the bathroom almost 20 years ago.”

Now, the procedure is by no means cheap. It can range from $700 to $1,200. And, in terms of pain level, Dunham says that it’s “less painful than a sunburn.” So if you have the cash, eyebrows in need, and a tolerance for some pain, you can read more about it in Dunham’s words here.

NEXT UP
Entertainment
Andrew Scott Is Happy To Follow A Woman’s Lead
Beauty
September 2022’s Best Beauty Launches Will Keep You Cozy And Cute Throughout The Fall
Beauty
Olivia Cooke’s Beauty Evolution, From Indie Ingenue to ‘House Of The Dragon’ Queen
Beauty
Halloween Cat Makeup Ideas, From Easy to Inspired