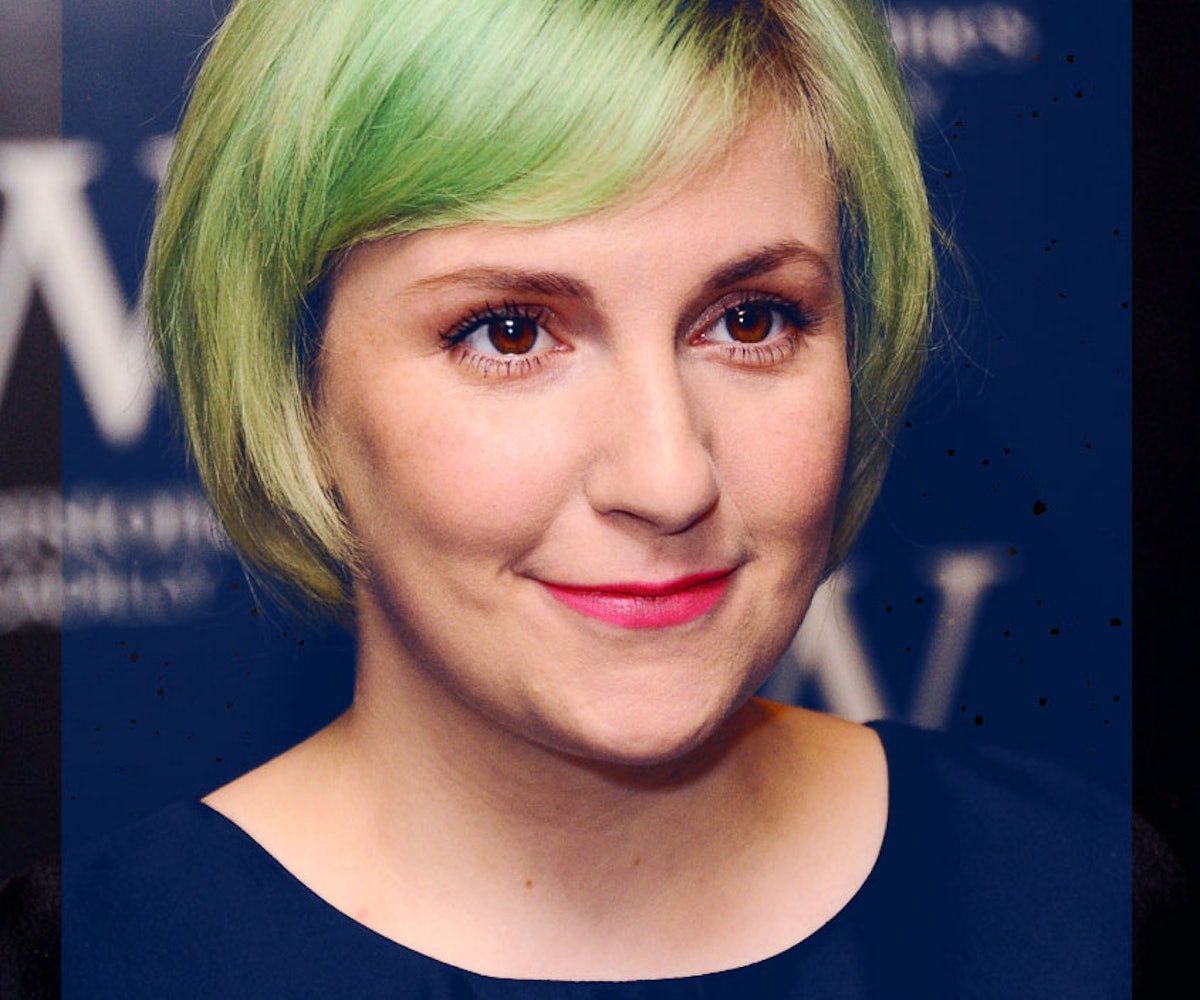 When Lena Dunham made the decision to write about her sexual assault in her book Not That Kind Of Girl years after the rape took place, she experienced what many survivors do when they come forward: a terrifying backlash from people who doubted her story and blamed her for being a victim. Because she's so high profile (and, while this shouldn't matter, she's also a divisive figure), Lena also faced a media frenzy aimed at sensationalizing her trauma. Even though her intention was to come out as a survivor and deal with her own feelings of shame, and not out her rapist, there was a very public scramble to try to identify him.

Unfortunately, his pseudonym and description in the book matched a specific person, who has never met Dunham, and a subsequent flurry of finger-pointing and rape-doubting has ensued. With this sort of backlash, no victim—celebrity or not—would feel protected coming forward.

Lena has taken to Buzzfeed to speak out about this experience, and regardless of how you feel about her as a public figure, it's undeniable that her essay gets right to the heart of the issue. She writes, "I was not naïve enough to believe the essay in my book would be met with pure empathy or wild applause. The topic of sexual assault is far more inflammatory and divisive than it should be, with tension building around definitions of consent, and fear ruling the dialogue." But, she continues, she had hope that her experience would at least be respected.

Instead, the reaction has been very much the opposite: "I have been made to feel, on multiple occasions, as though I am to blame for what happened," she writes, describing how her credibility, character, and work ethic has been questioned. Even her friends and family have been contacted about it, she says.

Lena's assault is not the only one being put under public scrutiny. The Rolling Stone's in-depth report about rape culture at UVA is also currently the subject of skepticism, specifically surrounding the credibility of "Jackie," whose story of being gang-raped at a fraternity was the core of the piece. As various pundits jump at the chance to accuse Jackie, and Lena, of lying about rape, it's important to keep in mind the fact that while no one knows the exact number of false rape claims, it's very, very low compared to the number of women who are actually raped—and, more importantly, compared to the number of rape victims who never come forward at all.

When rape survivors don't tell anyone that they've been raped, it's often because they're afraid no one will believe them. It's a tragedy for our culture that this fear is founded. As Lena rightly points out, if her experience as a person with a tremendous amount of privilege has been so troubling, "...Let us then imagine the trauma experienced by low-income families, women of color, the trans community, survivors with disabilities, students on financial aid, sex workers, inmates, foster children, those who do not have my visibility, my access to medical and mental health care, or my financial and legal resources." A powerful point.

She concludes with a firm, poignant rallying cry: "Survivors have the right to tell their stories," she says, pointing out the fact that there is no right or wrong way to be a victim, whether that means pressing charges or not. "You can help by never defining a survivor by what has been taken from her. You can help by saying I believe you."

As her story continues to be picked apart by those who would rather discredit rape victims than accept the fact that sexual assault is rampant, let's all keep those words in mind. There's power in simply believing a victim's story, and the more victims that can be empowered by that sort of belief, the closer we might get to a world where women don't have to be afraid to come forward. Once again, having Lena iterate that there is no correct way to deal with trauma is an incredible, important statement. She may not be the "voice of our generation," but here, she certainly deserves to be heard.

NEXT UP
Entertainment
Andrew Scott Is Happy To Follow A Woman’s Lead
Entertainment
Timothée Chalamet Stars In Dark & Dreamy 'Bones And All' Trailer
Entertainment
YDE On Her EP, Lady Gaga & Making New Short Film 'Send Help’
Entertainment
On ‘Cool It Down,’ A Spitfire Band Matures