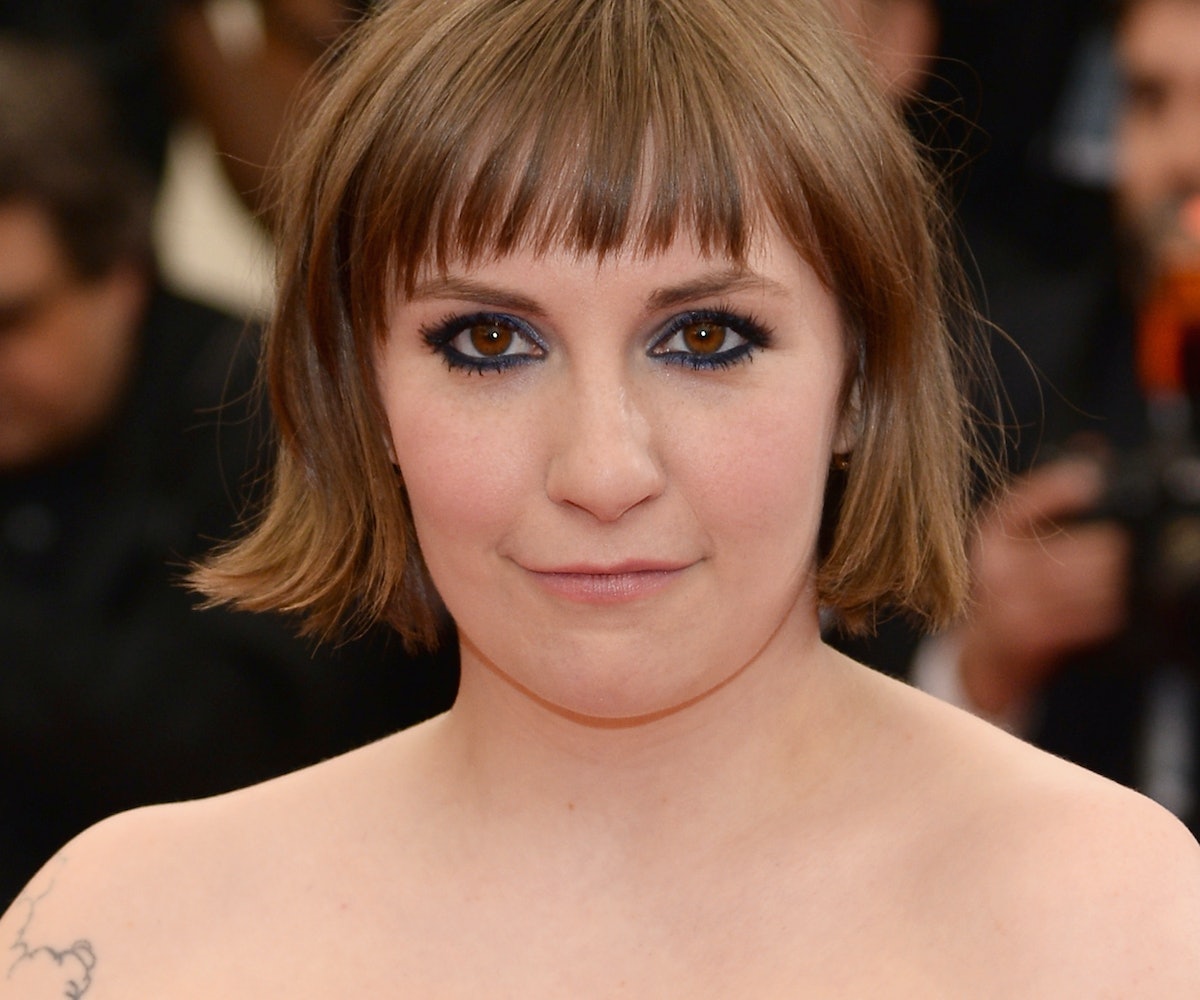 Remember when we told you that Lena Dunham was going to fulfill her lifelong dream and guest star on Scandal? That was not a lie—and now there are pictures to prove it. Dunham posted a smoochy photo on her Instagram of her and Scandal star Kerry Washington with the caption: “Finally at liberty to reveal this pic of me on the #scandalset as ‘Kinky Sue’ with my true ❤️ @kerrywashington.” But the real takeaway here is Dunham's long, straight wig and ample bangs. It's kind of the opposite of Hannah Horvath hair: prim, professional, and decidedly unhip.

According to The Hollywood Reporter, who has a small cache of exclusive pics of Dunham in action, the episode is called "It's Good to Be Kink," and centers on a woman who's mission is to expose the dirty secrets of Washington's elite. While there's no official confirmation, it seems likely that woman will be played by Dunham. The episode airs March 19, and you can bet we'll be there.