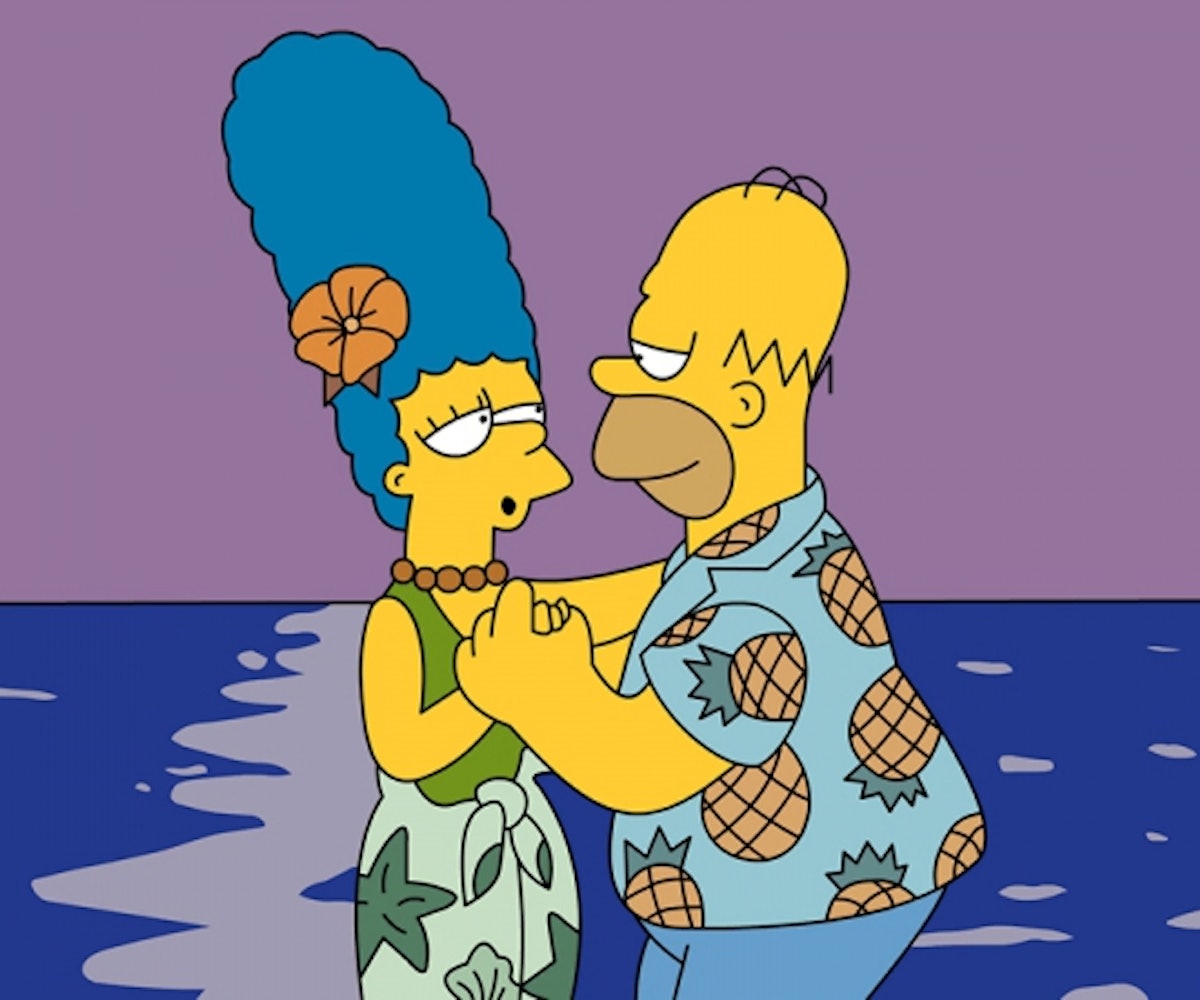 The Simpsons show-runner Al Jean has revelaed that after almost 30 years of marital bliss and banter, TV's longest running couple, Marge and Homer Simpson, are calling it quits. We'll give you a moment to control your sobs. Now, here comes the real shocker: The reason for the aforementioned breakup is everyone's favorite girl, Lena Dunham. Yeah, our jaws are on the floor, too.

Dunham will be voicing the role of the pharmicist that helps treat Homer's narcolepsy, which viewers will discover has caused issues in Marge and Homer's marriage over the years. We see how excessive sleepiness could be a strain on the couple, but we're devastated that this has to be the end.

However, the L.A Times makes the point that Marge and Homer have been divorced before. Remember when Homer felt that Marge deserved better in Season 8? The couple quickly remarried back then, so here's hoping this will be a short-lived separation. But, it turns out this time will be different: As Jean told the L.A. Times, “We wanted to do something that wasn’t like the other ones.” He also revealed that there will be appearances from the other Girls cast members, so we're guessing that they'll play a pivotal role, as well.