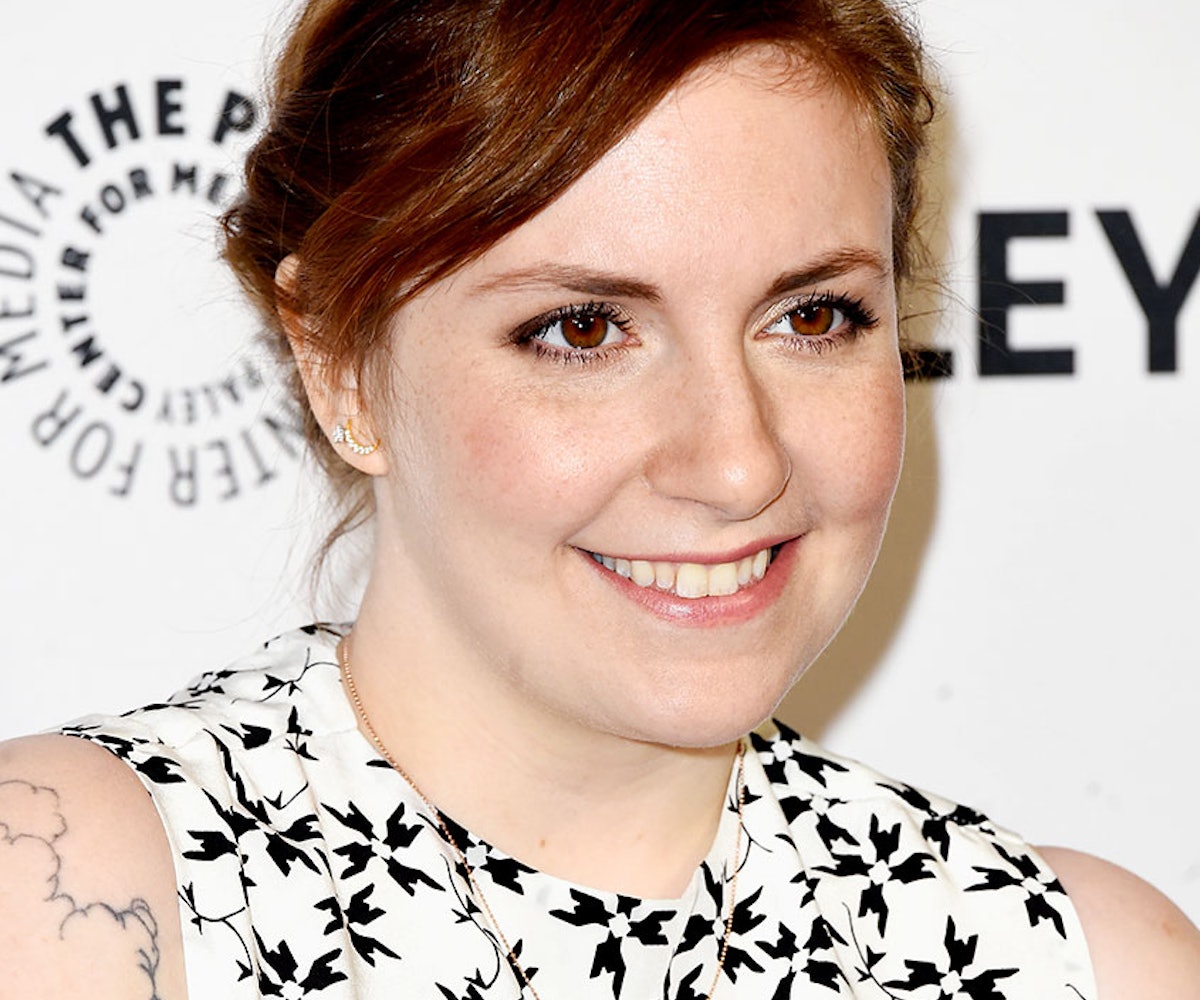 If you need something to help you escape into a depressed Millennial fantasy world, you're in luck. Lena Dunham just released her first published short story as part of Lenny Letter's summer fiction issue. Titled "Six Sausages," the story follows the narrator—whose life loosely represents Dunham's own—and her maybe-boyfriend who comes to visit her in New York. Yes, they ride their bikes along the Hudson, fuck, go to the Museum of Modern Art, and fuck some more, but things don't necessarily go as planned. They both start feeling an increasing distance between them, and don't acknowledge it. Instead, they soldier on, knowing that there is a "pure unlikelihood of a future" with each other.

While the narrator certainly romanticizes their relationship, the passage overall is refreshingly simple, honest, and realistic. Prepare yourself for some uncomfortable emotions.

She picked him up at the airport at 9:30, just as the sun was setting, orange and blue above the hangars at JFK. She had cut and flat-ironed her own bangs, which were longer on the left side and came to a gothic point, and purchased a shapeless blue cotton dress at Old Navy. Despite her mother’s feet being as big as paddles, she always borrowed her shoes for important occasions and this was as important as anything, so she limped across the median towards the terminal doors. He came off the plane with a dazed look like a just-landed astronaut. She clapped her hands when she saw him, and then back-tracked to a shy wave.

In the cab back to her parents’ house he stared out the window. He was more transfixed by the nothingness surrounding the airport, the broken-down pre-fabs and mattress warehouses and tortilla factories, than he was by the city’s bridges, hanging like fine necklaces and which she could never accurately name. When she explained the geography of New York to him, she was really explaining her personal geography.

“Look!” she said.“That’s where I went to pre-school and got a bean stuck up my nose.”

“Really?” he asked, distracted by a pack of teens skateboarding boldly through traffic. “That doesn’t look like a school. It looks like a store.”

He’d been to New York once before, in that way groups of boys come to New York after high school, walking cockily around Times Square looking for fake IDs and suspicious looking people to dupe them into dangerous purchases. “Once,” he told her, “I accidentally bought ether.” She laughed, but she wasn’t really listening, just breathing in his smell—laundry, mixed with sour hungry breath—and letting herself forget the torture of June and July. He didn’t have a cell phone and so she never knew when he’d call or what number he’d be calling from. Mostly he called from his friend Greg’s phone and they had to keep the interactions brief—she could hear Greg in the background muttering, “Dude, my minutes.”

She had asked him, again and again, if he would visit, finally offering to buy the ticket with her own money, which really meant her parents’ money. It took him another three weeks to decide if he could live with the ambiguous morality of this before he finally accepted the flight.

And now he was here.

For more, head over to Lenny.