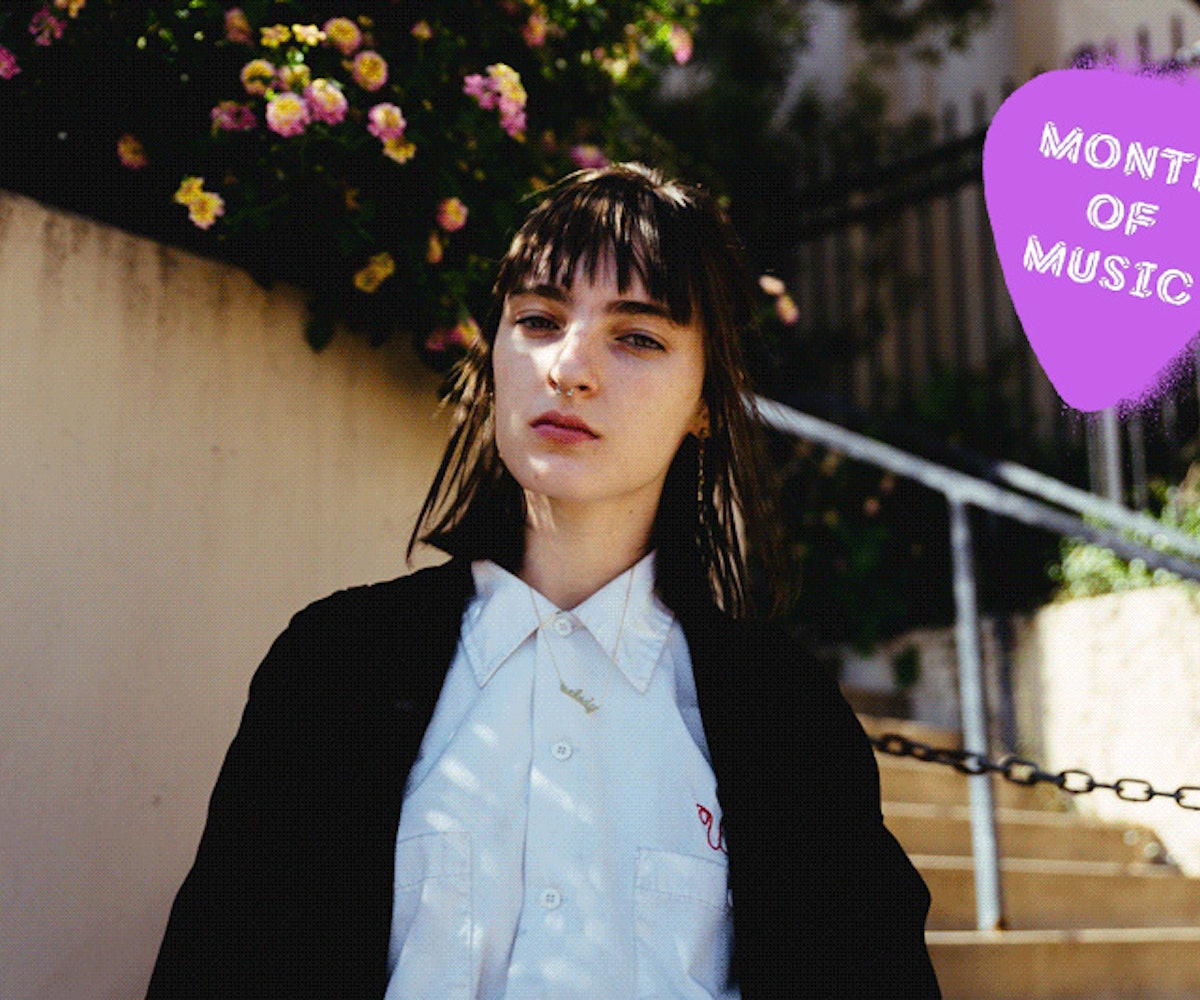 The brooding musician has gone from the shadows of the music world to one of the scene's most forward-facing influencers. Singers like BANKS and FKA twigs, foray into their dark sides with lush electronic takes on R&B and piercing, forthright lyrics. The 19-year-old Lena Fayre can count herself among them. Her debut album, OKO, and recent EP, Is There Only One, are dense, dark introspective works that shine in their honesty. For the latter, Fayre put the face of the woman whose boyfriend she was seeing on the cover. Talk about audacity. It's that boldness, though, that makes Fayre so compelling. She's mysterious, but not aloof; enigmatic, but far from undefinable. She's arresting, and one go-around with her music is enough to leave you floored, but thirsting for more.

I would say "Serenity." It's a chill song with a very nice, warm melody that would be a good start to your day. Good posi’ vibes in the morning.

There’s a song off of my full-length, OKO, called "I Remember." It’s the only acoustic guitar and vocal song I’ve ever done, but it’s a good song for an introspective moment.

"I Am A Soul," which is also off my full-length, that I think is weird, and a good song for freaky times.

I performed at the Troubadour in L.A. about two years ago, and that was a very, very good moment for me—just performing at a really iconic L.A. venue was really cool.

Elvis, because that would be incorrect.

Not really, I don’t know. I‘ve been in L.A. my whole life, but I haven’t really seen any celebrities. Actually, when we were getting our passes this year at Southwest, in the convention center, I saw Nardwuar and I like lost my shit. I thought that was so cool because one of my career goals is to get interviewed by Nardwuar. I saw him and I was like, "woah, that’s sick."

I take a bath. That’s, like, the best way to wind down. I like essential oils and Epsom salts, and to watch The X-files or read. I need to take a shower before I go to sleep or else I’ll feel weird.

NEXT UP
Entertainment
Beyoncé Is Now The Most Awarded Artist In Grammy History
Entertainment
Ebony Riley's "Deuce Deuce" & 9 Other New Songs Out This Week
Entertainment
Harry Styles' "As It Was" Grammy Performance Featured A Silver Tinsel Onesie
Entertainment
Taylor Swift Sparkled In Midnight Blue On The 2023 Grammys Red Carpet
Style + Culture, delivered straight to your inbox.