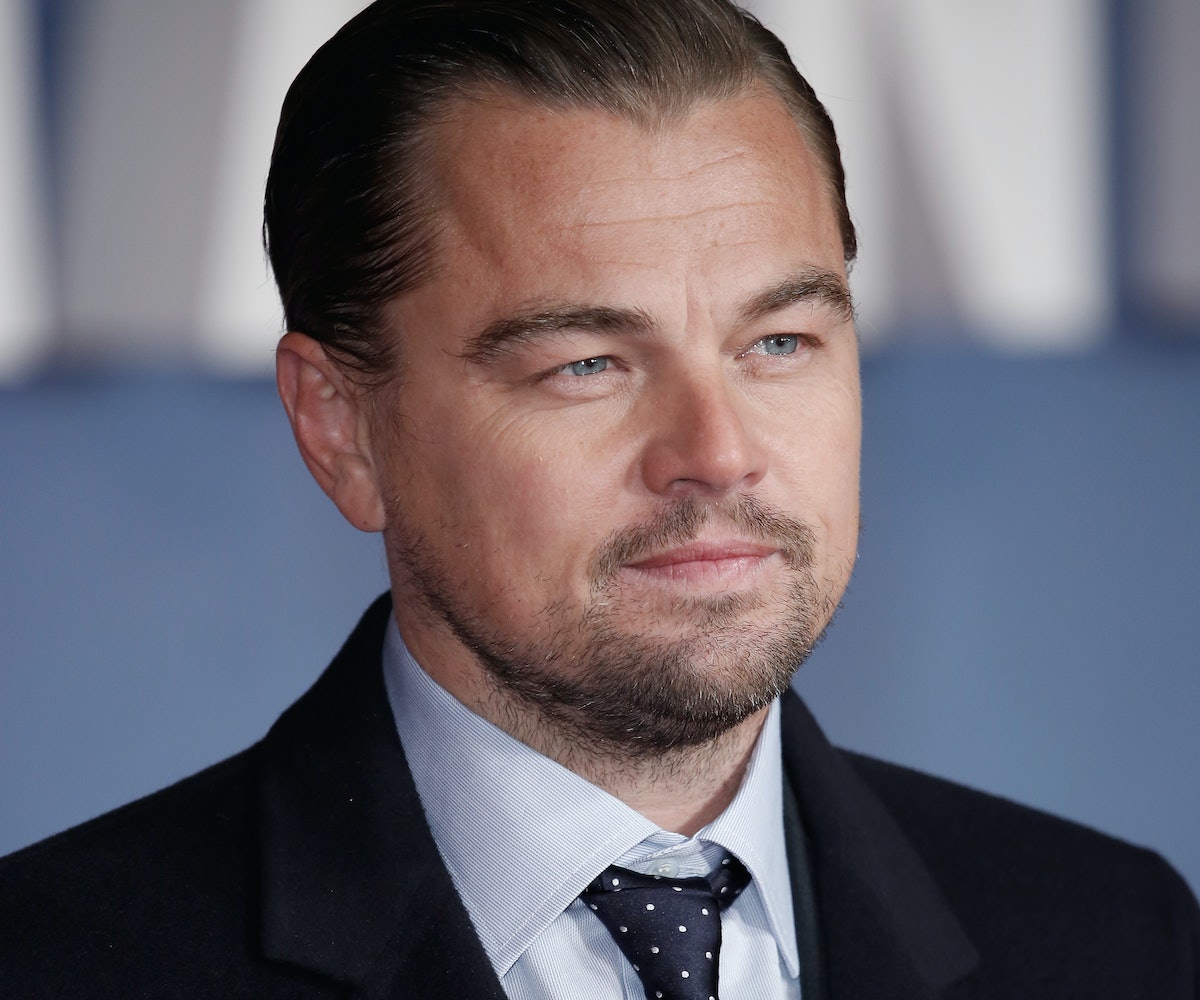 Leonardo DiCaprio just can't escape his now-infamous "encounter" with Lady Gaga at last Sunday's Golden Globes. While appearing on Britain's ITV, The Revenant star was once again asked about what has become the first real viral moment of the year—a fact not lost on Leo.

"It’s amazing what goes viral these days,” Leo said. “I guess I’m of a different generation now. I have no idea where this stuff comes from or how it’s even captured!” Sometimes it's hard to believe that the once fresh-faced, golden-haired teen idol who swept Kate Winslet off her feet in Titanic is now a 41-year-old man. But DiCaprio just proved it: He's everyone's dad.

And while DiCaprio is not as much of a luddite as other social-media averse stars like Jennifer Lawrence and George Clooney, he usually only tweets to promote his many environmental causes. One thing DiCaprio's not a stranger to, however, is parties—and apparently there was a good one after Globes. "We were laughing about that afterwards,” DiCaprio said of Gaga and him. “I actually had no idea who was passing me or what was going on, but that was a funny little bit that went around. We were laughing about it at the after-party.”