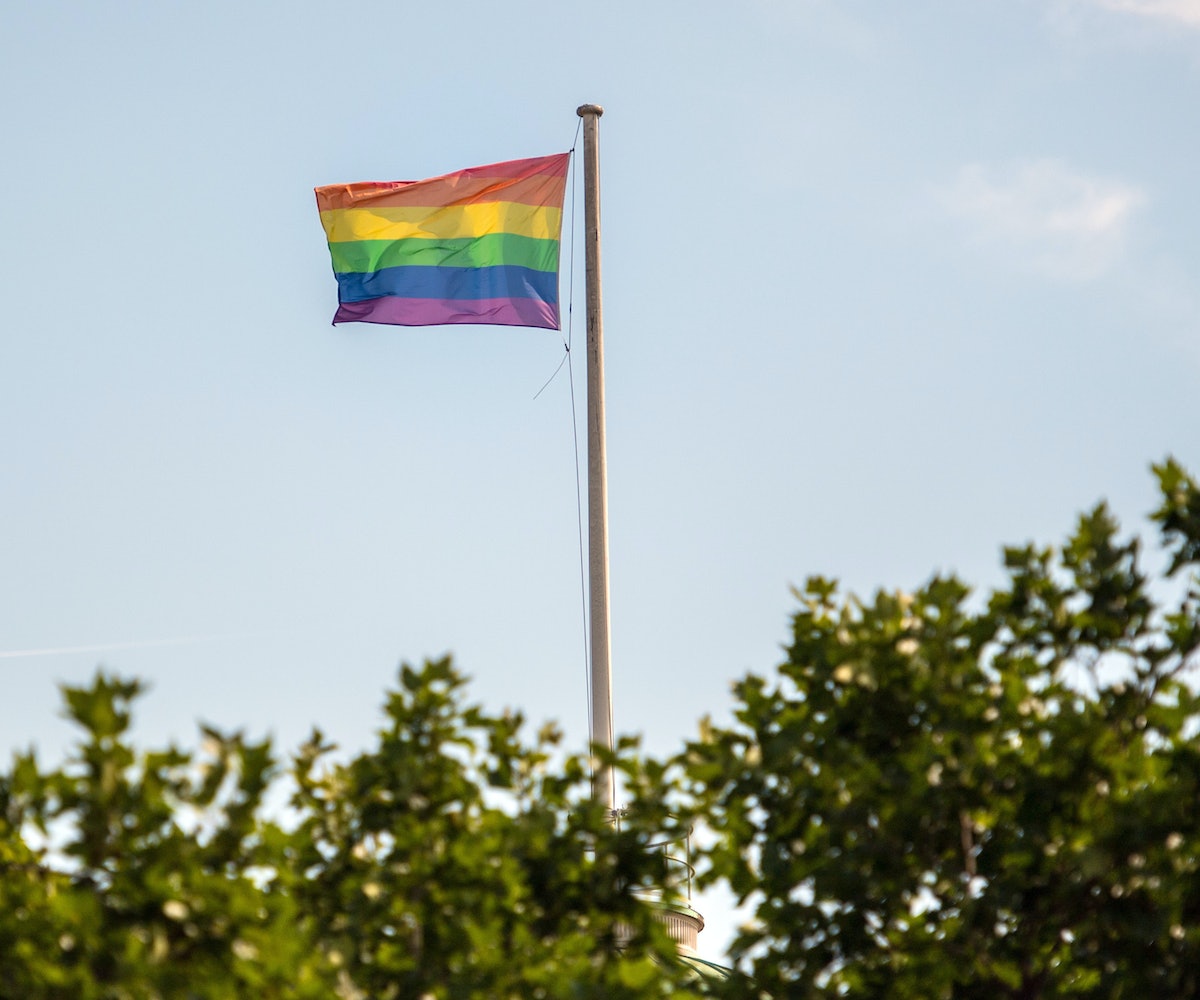 As a gay person living in America, it's always fun to see stats about just how many people wish you were never born. Fortunately, over the years, these numbers have been getting lower and lower, until now. For the first time in years, according to a new poll commissioned by GLAAD, tolerance for LGBTQ people has decreased. Coincidentally, my tolerance for bigots has also decreased.

In the study, of 2,160 adult participants (1,897 of which classified themselves as non-LGBTQ), 49 percent said they were “very” or “somewhat” comfortable around LGBTQ people. This is down from the year before, when 53 percent said they felt this way.

And 30 percent of straight, cis respondents said they'd be “very uncomfortable or somewhat uncomfortable” if one of their family members came out as LGBTQ. This is up 3 percent from 2015 and 2016. They also said they'd feel uncomfortable if an LGBTQ person was at their place of worship, gave them medical treatment, or did something as innocuous as hold hands with their partner.

Meanwhile, more LGBTQ people reported having been personally discriminated against, up 11 percent from the year before.

These numbers are depressing, but not surprising given the "Trump effect." In addition to a rise in anti-LGBTQ sentiments, there's also been a rise in racism and anti-Semitism since Trump took office.

“In the past year, there has been a swift and alarming erosion of acceptance which can only be fought by being visible and vocal,” GLAAD president and CEO Sarah Kate Ellis told NBC News. “This report puts numbers to the bias that too many LGBTQ Americans have recently experienced.”

John Gerzema, CEO of Harris Poll who conducted the new survey, told The Washington Post that 79 percent of respondents gave "the PC response," telling pollsters they support LGBTQ rights. Meanwhile, the number of people who admitted to being uncomfortable also rose, implying people are saying one thing, but feeling another. Gerzema sees this as Americans taking advantage of the fact that bigotry is becoming more tolerable in the mainstream, but not wanting to come across as bigots.

There's also been an alarming uptick in hate-related homicides against LGBTQ people in the past year, according to a report by the National Coalition of Anti-Violence Programs. Hate crimes that result in deaths of queer and trans people rose 86 percent in 2017, with 71 percent of the victims being people of color.

“2017 brought heightened rhetoric toward marginalized communities to the forefront of American culture," Ellis said. "Policies and headlines ran that were anti-LGBTQ including the President’s proposed ban on transgender people entering the U.S. military, confirmation of a Supreme Court justice opposed to marriage equality, and the passage of a state law in Mississippi which allows businesses to legally deny service to LGBTQ families."

She added that this latest report “can be seen as a dangerous repercussion in the tenor of discourse and experience over the last year.”