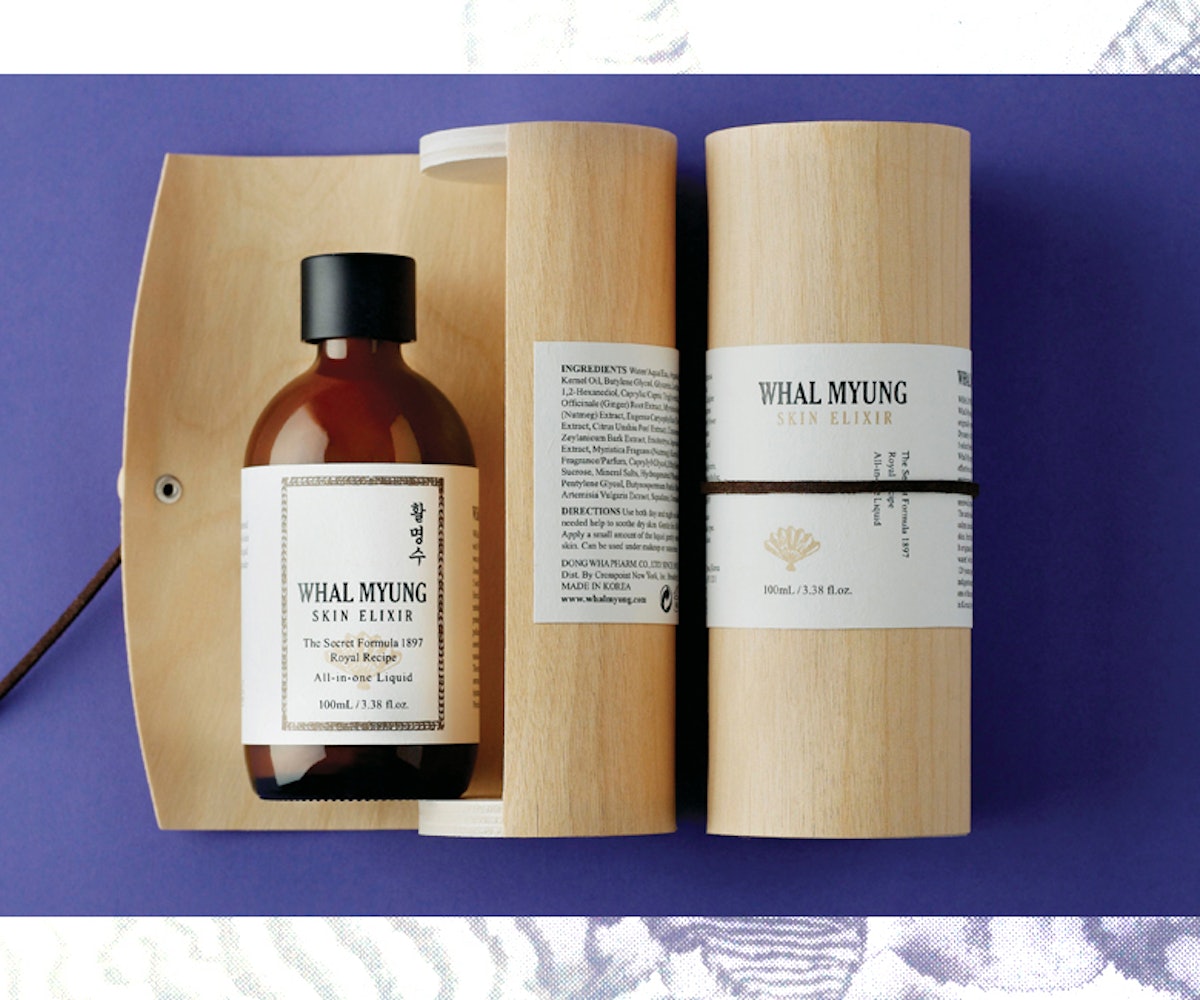 As a beauty editor, I test quite a few skin-care products each week. Like, a shit-ton.

So, it really takes a lot, for one to stand out amongst the rest and earn a Life Changer status. Dong Wha Pharmaceutical Company’s Whal Myung Skin Elixir did just that.

Don’t be turned off by its lengthy name—this elixir simplifies your post-shower skin-care regimen into just one step, a true hero, acting as a toner, serum, and oil. Sounds too good to be true, right? Wrong.

It’s exactly at this time of year that my once perfectly dewy summer complexion takes a turn for the worst, becoming paler, drier, and duller with each passing shortened day. That’s where the Whal Myung Skin Elixir comes in. Its revolutionary formula hydrates, brightens, and revitalizes the skin without leaving it too dry or too oily—providing you with that happy medium, no matter what your skin type might be.

The result is skin that’s supple, glowy, and soft—all of the adjectives my complexion lacks during the holiday months. It might be called a skin elixir, but I personally refer to it as a skin godsend.

So, what exactly is Dong Wha Pharmaceutical Company’s Whal Myung Skin Elixir, and where did it come from? Well, first of all, its roots don’t actually come from skin care, but gut care—a fact I don’t find very surprising, as we all know just how closely the two are related.

Dong Wha Pharmaceutical Company first opened back in 1897 in Korea, where it released a product named Whal Myung Su, a medicinal digestive drink that helps reduce stomach inflammation and indigestion. Whal Myung Su, which literally translates to “life-saving water,” is created from an 11-herb formula containing the likes of acacia, cinnamon, and dried cloves. A whopping 120 years later, it remains a beloved digestive medicine.

To celebrate the 120-year anniversary of Dong Wha Pharmaceutical Company, the brand decided to create an equally-as-healing skin-care product inspired by its century-old medicinal recipe, launching it earlier in 2017. Using five of the 11 herbs from the Whal Myung Su formula—ginger root, clove lower, and citrus unshiu peel—as well as other nourishing ingredients—argania spinosa and kernel oil—the Skin Elixir was born.

But what is so special about it is the fact that there aren’t words to describe the way it makes my skin feel each morning following spritzing it on before bed. Its milky-yet-watery consistency is a little thicker than a toner, but thinner than a serum, and is light enough to absorb easily and quickly while still completely nourishing my skin. It’s plumping without being a skin-plumping product. It’s also free of sulfates, phthalates, parabens, other nasties.

In the sea of K-Beauty brands becoming part of the norm here in the U.S., this is the one you need. And my god, it smells so good.

You can snag a bottle of your own, here.