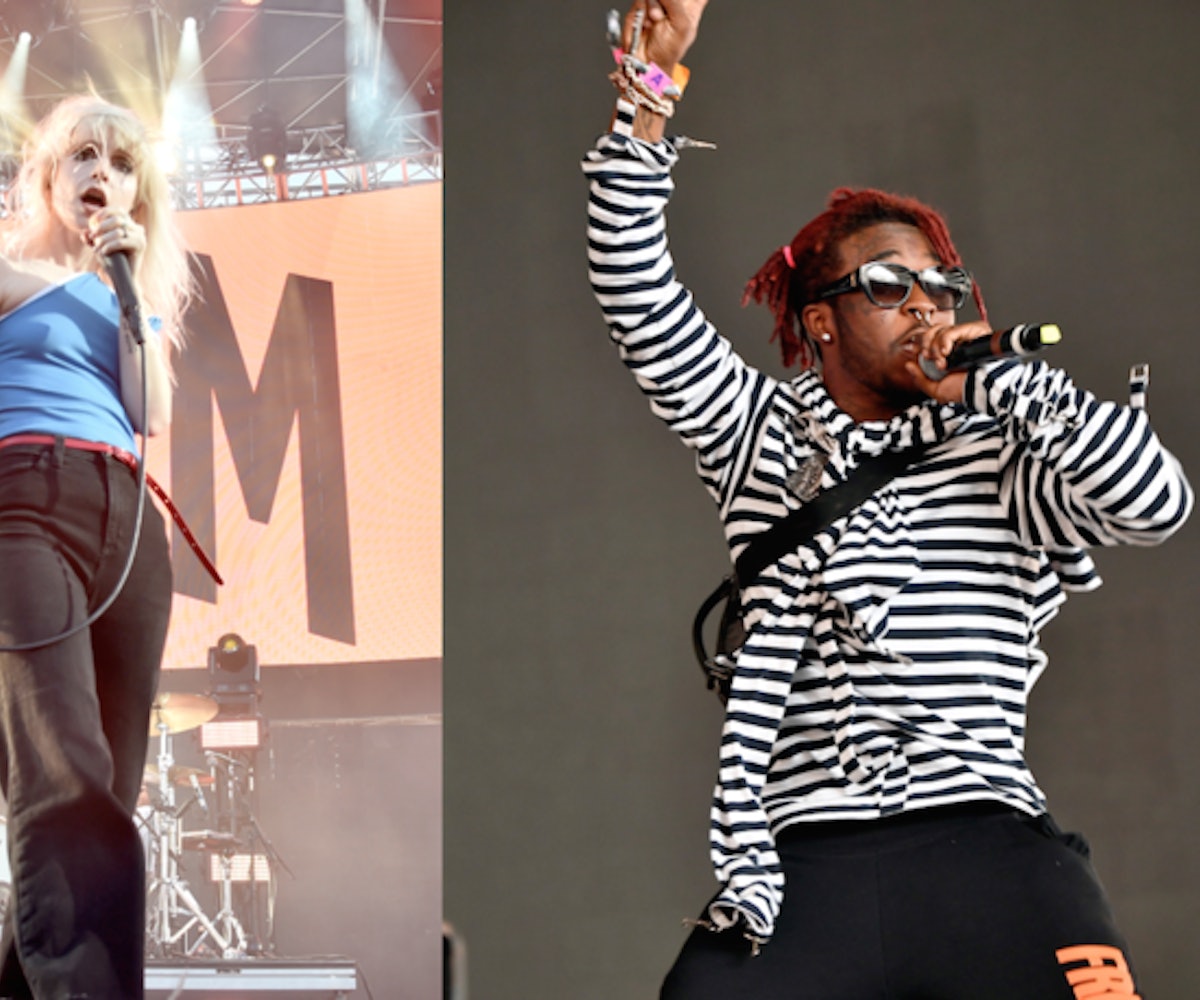 Lil Uzi Vert dropped his debut studio album, the much-anticipated Luv Is Rage 2, just yesterday. After a series of delays and controversial leaks, the 16-track, self-produced LP is awaiting reviews from critics. Now, in an interview with Zane Lowe of Beats 1 Radio, Uzi's talking musical influences: Turns out, one of his heroes is Hayley Williams from Paramore. Sure, why not!

Paramore's scored a Grammy and has had multiple records go platinum, so it's not surprising their influence reaches beyond rock. In fact, Uzi's put his love for the Tennessee band on display before: This video of him singing along with "Ain't it Fun" went viral back in January.

Elsewhere in the interview, Uzi revealed his plans for a future freestyle rock album of his own, which he's already started working on, featuring a line-up of women rockers. "I don't write, I just go in there," Uzi said, later hinting at a possible collaboration with one of his other idols, Marilyn Manson. "It's kinda hard for it to be bad ... I don't even be looking at my songs like they're good or bad. Remember, they're my children. So when I put 'em out, someone accepts them."

"I think [my music is] unidentified," added Uzi on his feelings about the genre of his own songs. "So, you know, if it's unidentified, what does that mean? I pulled up in a UFO. So I'm an alien."

Listen to Luv is Rage 2 via Spotify, below: