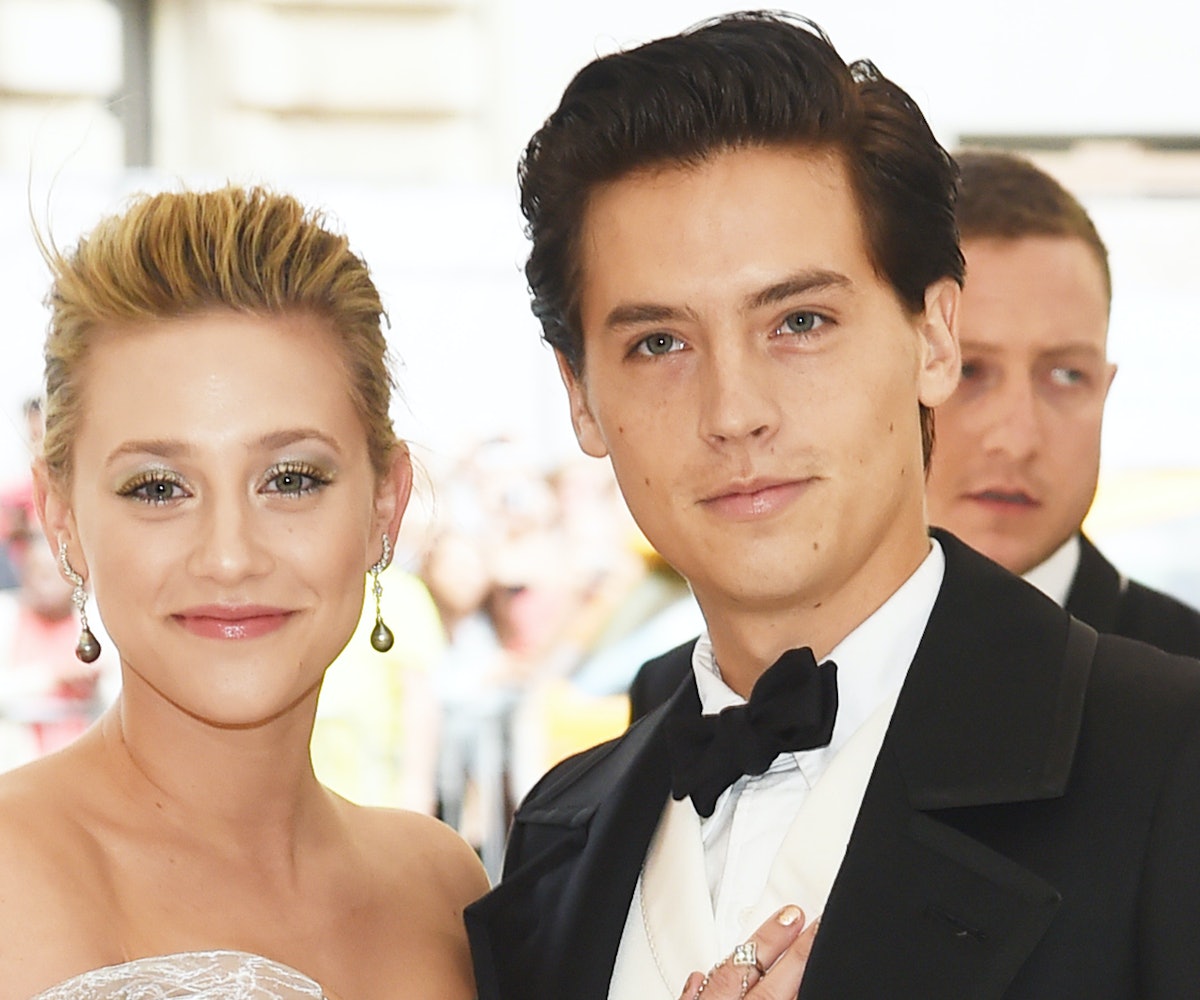 When you're half of one of entertainment's hottest young couples, an unfortunate side effect is that people tend to be not-so-nice about your private life. However, Riverdale's Lili Reinhart knows just how to take the trolls down a notch or two.

Yesterday, a Twitter user named Emily Rose posted a screenshot conversation, captioned, "The scoop on @lilireinhart." Spurred by Reinhart's recent "Fashion week is great and all, but have you ever spent a rainy weekend inside cuddled up with your bae?" tweet, one of the commenters wrote, "How come this cringey bitch gets to date cole but i dont."

What ensued were more insults about Reinhart, including a jab about her being "so 2013 Tumblr" and speculating that "she probably tells him to touch her butt and buy her pizza."

For her part, Reinhart—ever the troll-slayer—responded with a quip of her own, retweeting Emily Rose and adding, "No no... I tell him to touch me everywhere and then we eat Chinese food. Get your facts straight, Emily."

Hell yeah. Check out the exchange, below.