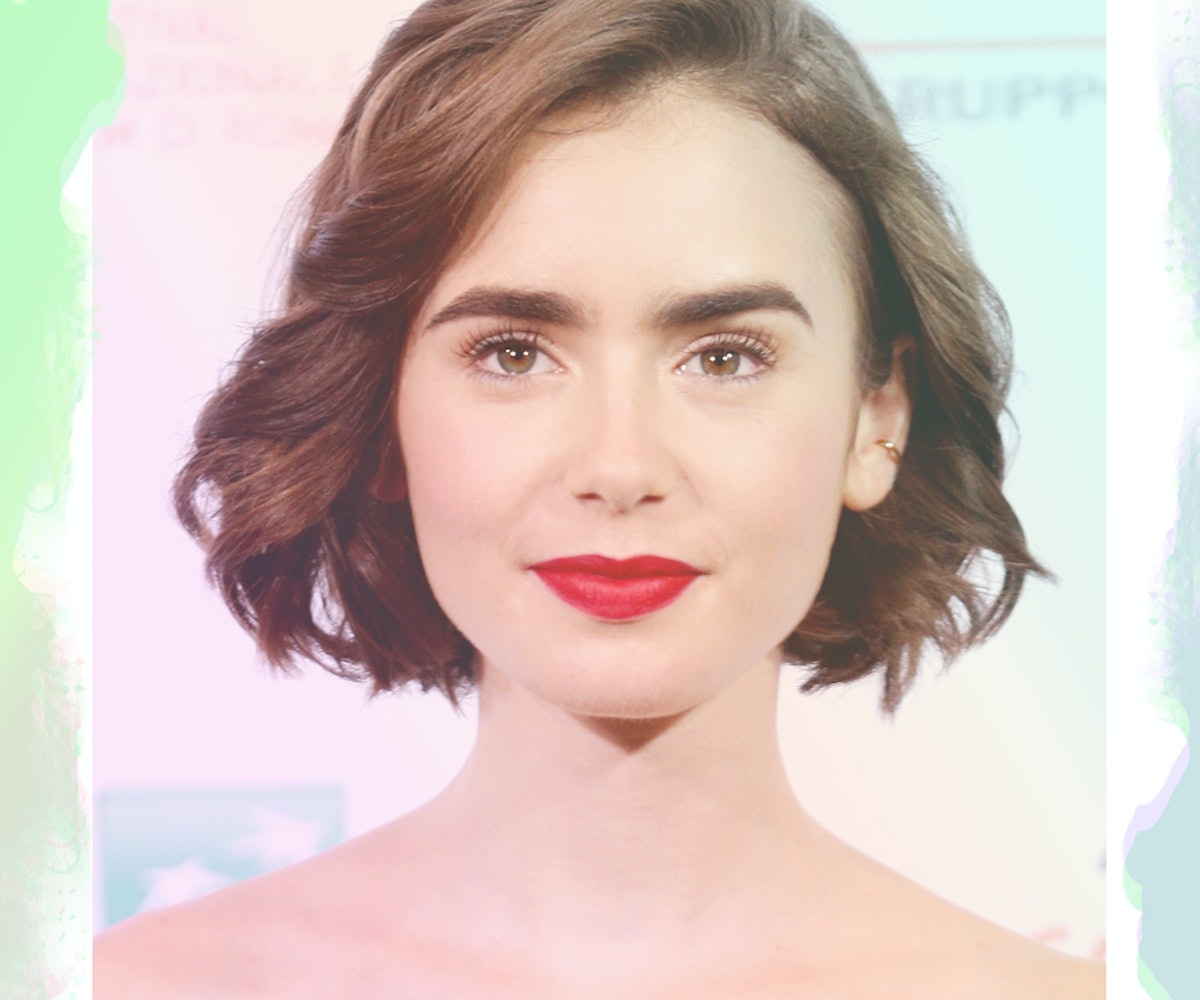 Lily Collins' new film, Love, Rosie, opens tomorrow. Featuring best friends who are maybe secretly in love with each other and a lifelong curse of bad timing, it looks to be the kind of gushy romance that we will definitely cry during. We caught up with Lily to ask her all about it—read our interview, below.

That scene where the condom comes off…

How did you prepare for playing a mom?

"For the birthing part there was actually a real midwife on set so she could talk me through that process. For being a young mom, I kind of just referenced my mom in my relationship. I’m really, really close to my mom. And I saw her as such a vibrant young spirit when I was growing up and I really just tried to channel the relationship that we had and still have."

What about handling the kids on set?

"When we’re walking out the door with the bedframe attached to me I by accident kept hitting her on the head with the frame. That was an iron bedframe. They kept in that moment. She was terrified I was going to keep doing it every time. I did it like three times and her dad was on set. And I was so embarrassed. And he’s like, don’t worry, she hits herself all the time."

Did you have any frenemies like in the movie?

"There were girls in high school that aren’t very nice and they’re the popular girls and you’re like I don’t really have time for that. I never really felt the need to try to befriend people that I thought were not into me as a friend. I feel lucky that my closest friends are actually still from high school and some from college."

How hard is it to find the right guy?

"I always think that everything happens for a reason. Sometimes it takes knowing what you don’t want to know what you do want, meeting the wrong person to know what the right person would be like. And that’s life. You have to go through these things to find the right person to find your right path in life. It’s not the decision that defines who you are, it’s how you deal with them, the repercussions and how you come out of that. You learn different things about yourself by looking at the people that you choose to surround yourself with, relationships and friends. And I think you can only attract the right people when you know who you are. It’s like they say you accept the love you think you deserve. Until you know what you want and who you are the right people won’t be attracted to you."

Have you had your heart broken like in some of the break-up scenes?

"I’ve been disappointed by people and I tend to kind of move through things quietly and to myself as opposed to vocalizing it. I think we’ve all had situations where we thought it was the end of the world when you have a break up but then you think, okay, where do I go from here? I can’t wallow in this for too long. You’ve got to pick yourself up and figure out what it is you can learn from it and move on. Those are the defining moments as a young woman, as a woman, those things never go away."