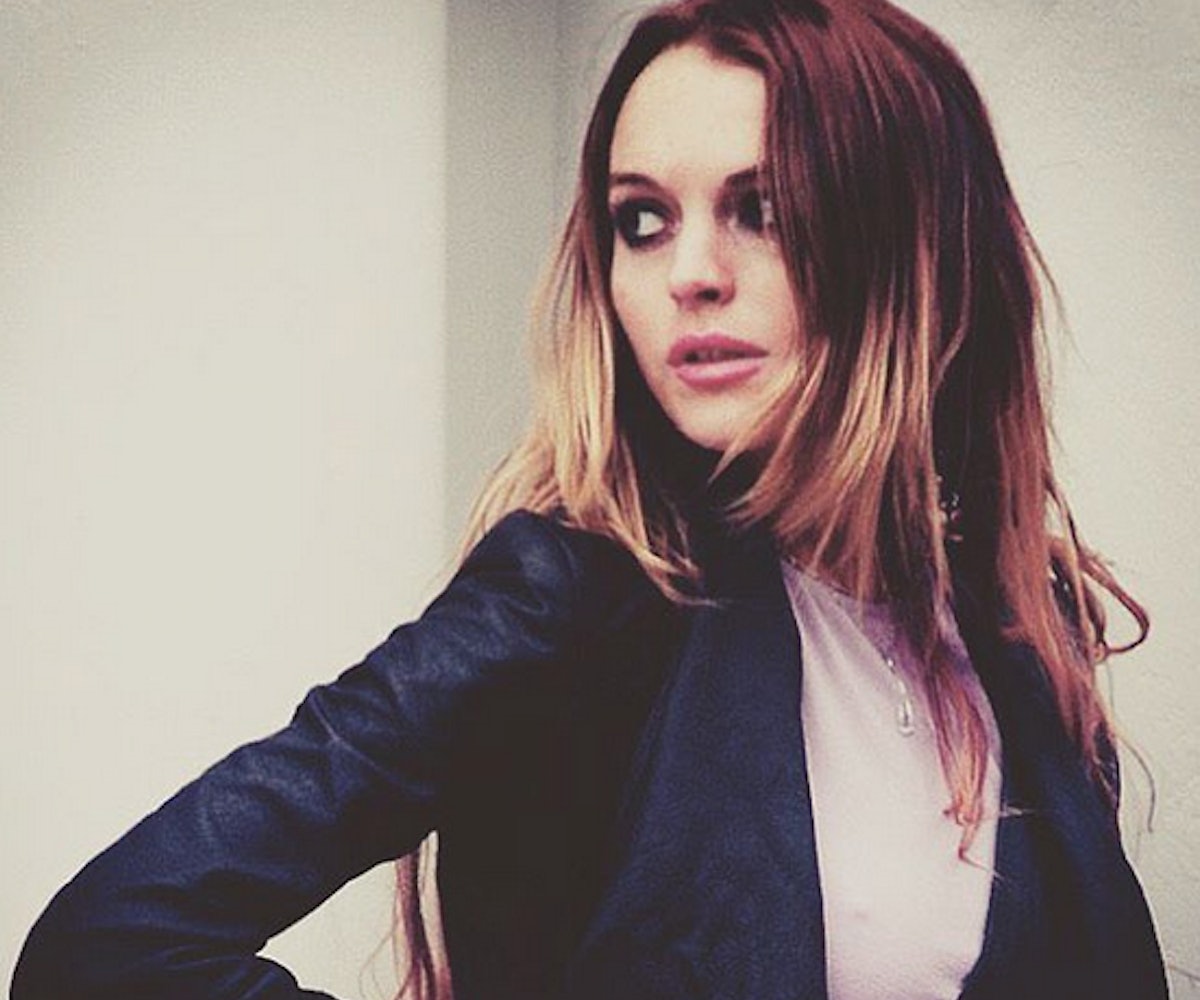 Lindsay Lohan’s music career was like a supernova. It lived fast and died young, and after the release of two angsty pop albums between 2004 and 2005, it became a distant, albeit beloved memory. But it looks like LiLo hasn’t quite let go of her musical ambitions, as she makes a cameo on Duran Duran’s latest album, Paper Gods.

After Lohan texted frontman Simon Le Bon about being a part of Duran Duran’s new album, the band agreed that the actress could fit perfectly into a role-playing part on the bumping electronic track “Danceophobia,” playing a doctor...of sorts. She speaks in a raspy voice near the end of the song:

“Can you hear me? If you can hear me let me know. I am your doctor. You may be experiencing feelings of confusion. Don't be afraid. I've seen these symptoms before. Ten to 20 new cases each week. We call this condition 'Danceophobia.' I'm going to keep you in for observation. I may have to work on you throughout the night. We have to trust each other. And together, I think we can beat this thing before the music ends."

The band’s signature upbeat tempo and synth-heavy instrumentals make for a carefree jam, and Lohan’s spoken-word segment gives it a bit of edge. Still, we can’t help but yearn for her to return to her pop-star style, circa “Rumors.” But we’ll take whatever LiLo we can get.

Paper Gods is released this Friday.