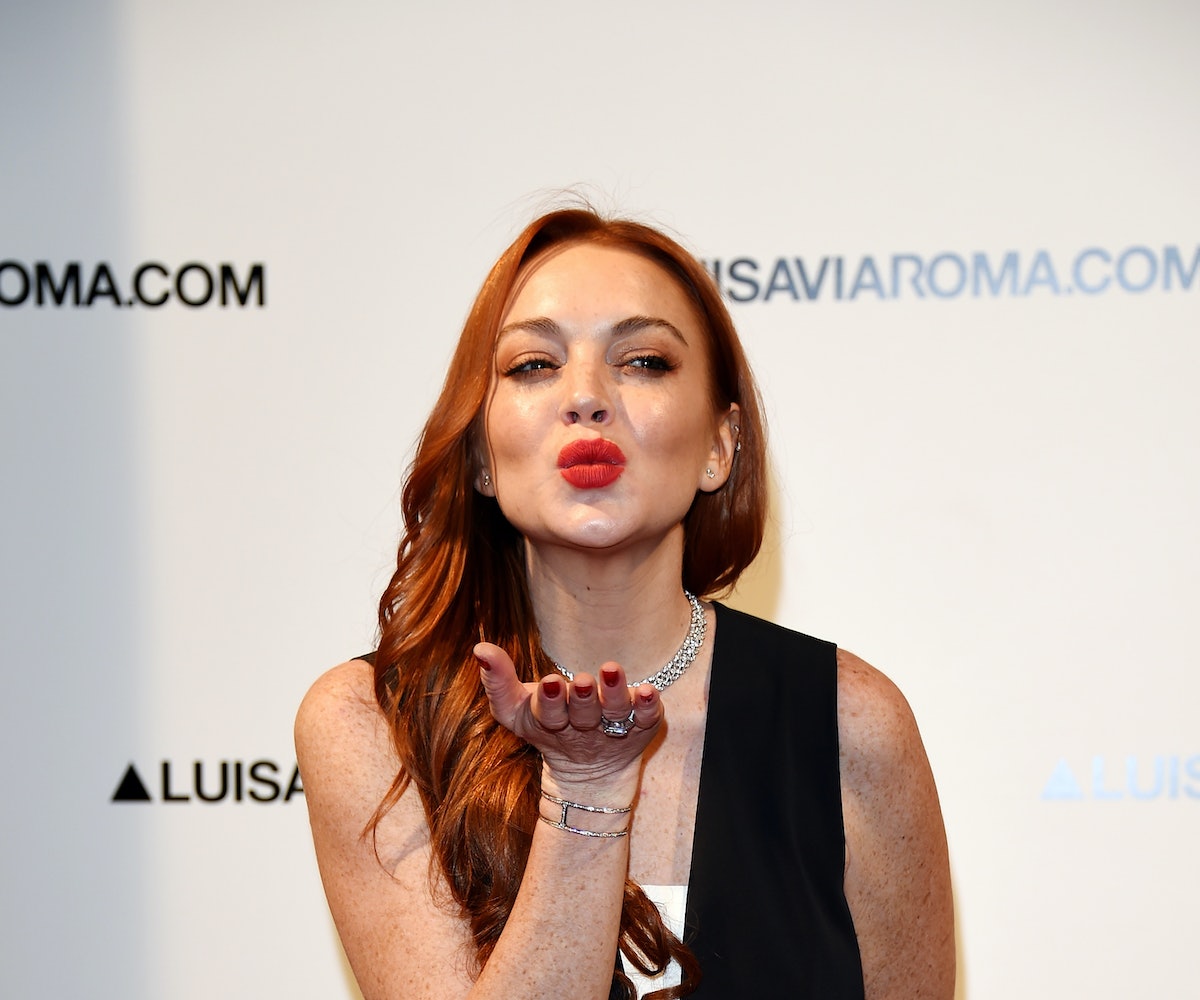 Lindsay Lohan is set to star in the British television comedy Sick Note’s second season. News about whether or not she’ll be bringing along the accent she perfected in Parent Trap is still to be determined, but, according to Variety, she’ll be joining the cast made up of fellow redhead Rupert Grint (aka Ron Weasley), Nick Frost, and Don Johnson.

The show follows Grint’s character Daniel Glass, an insurance rep wrongly diagnosed with a terminal illness. When Glass is told the truth, he decides to keep the news from his family and friends in order to bask in the pleasant treatment he’s receiving.

“One lie leads to the next in this unsettlingly brilliant comedy that will hook viewers in and have them on the very edge of their seats,” Jon Mountague, head of comedy at Sky, told Variety. “Filming for series two is already under way and we’re delighted to confirm Lindsay Lohan will be joining Rupert and Nick in this stellar comedy cast.” Lohan is set to play Katerina West, the daughter of Glass’ strict boss.

We’re excited to see the actress flex her comedic muscle yet again. And in the place she now calls home at that! (She’s been living in London for several years now, in case you're not caught up.) Cheers to the child stars of yesteryear making healthy comebacks.