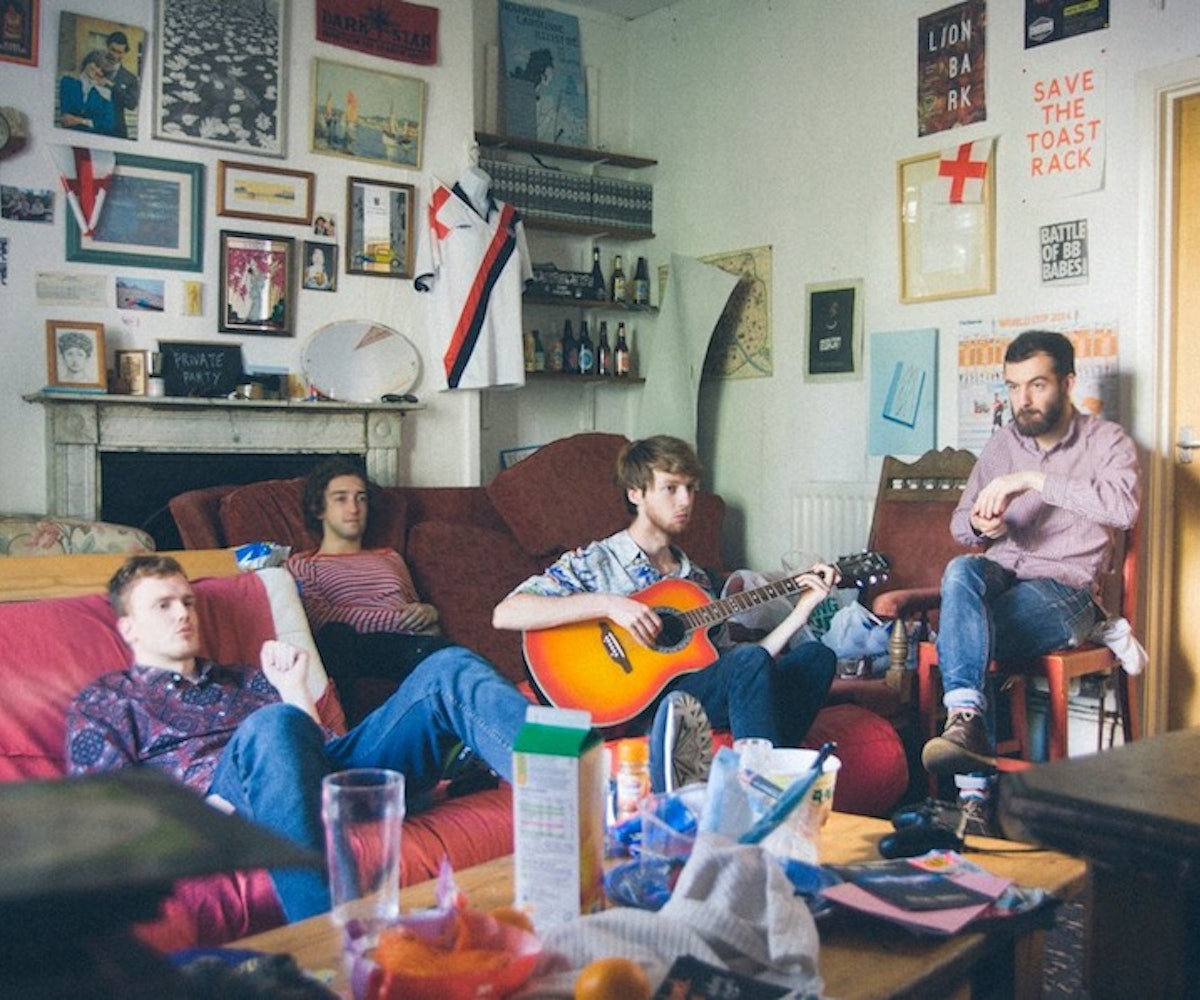 Despite the vast encyclopedia that is the Internet, little to none can be found about Lion Bark, aside from two singles and a skimpy Facebook "About" section. But maybe that's exactly what's so great about this up-and-coming band—they're just "four guys based in Brighton making music" who let their performances speak for themselves.

On "Come Into My Arms," the quartet does what we can only assume they do best (judging by their other songs): mellow alternative Indie pop with a tinge of folk. The track has a refreshing acoustic element, amplified after watching their performance for Burberry Acoustic, and a very subtle amount of synth laced under Guy Bangham's warm-as-whiskey vocals. The orchestrated backdrop almost creates a romantic, hazy atmosphere through the entire song, but it's the tempo shift right after the 1:50 mark that brings you back into reality, more energized than ever. It's precisely that kind of thoughtfulness that will take these Brighton boys global.

Lion Bark officially releases the track through their own label, Creepy Love, on July 28.