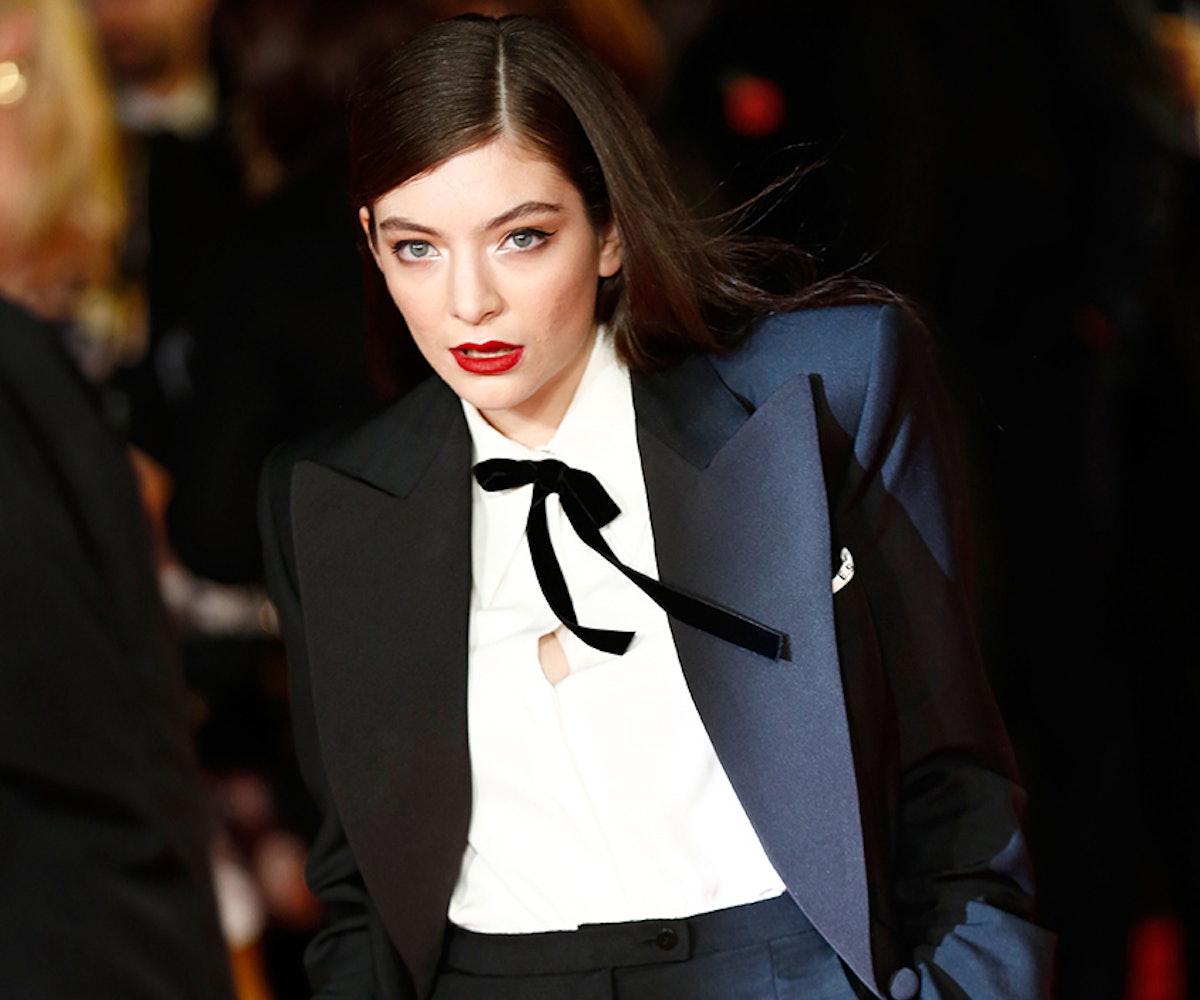 You know when you're text messaging someone and then, somehow, they take what you said totally the wrong way? I'm not saying that's what the world has definitely done with Lorde's tweet to Diplo about his tiny penis—but it is a possibility. Yes, it's hilarious that Lorde's response to Diplo encouraging fans to help him get Taylor Swift a booty was:

However, there is a chance she could be doing it jokingly. Does no one remember this, this, this, this, or this? FYI: Lorde and Diplo are (or at least, they were) pals, so maybe she is JK-ing. Maybe Lorde feels like she has to publicly stand up for one friend against the other because one was being a jerk. I'm not really sure, and, well, neither are you.

It's no secret that Diplo can be a bit offensive. I mean, one of the most infamous parts of his live sets is getting girls to "Express Yourself," which basically means getting girls to twerk in ridiculous positions—something some would see as not exactly "empowering".

Oh, and the Diplo + Taylor Swift + Lorde feud is not the only social media battle that T. Swift is currently involved in. Apparently the 1989 musician and Katy Perry are also having it out via a Twitter war—perhaps because they both dated John Mayer? Sigh.

In the end, Lorde deserves kudos for calling out Diplo who body-shamed T. Swift, no matter the reason.