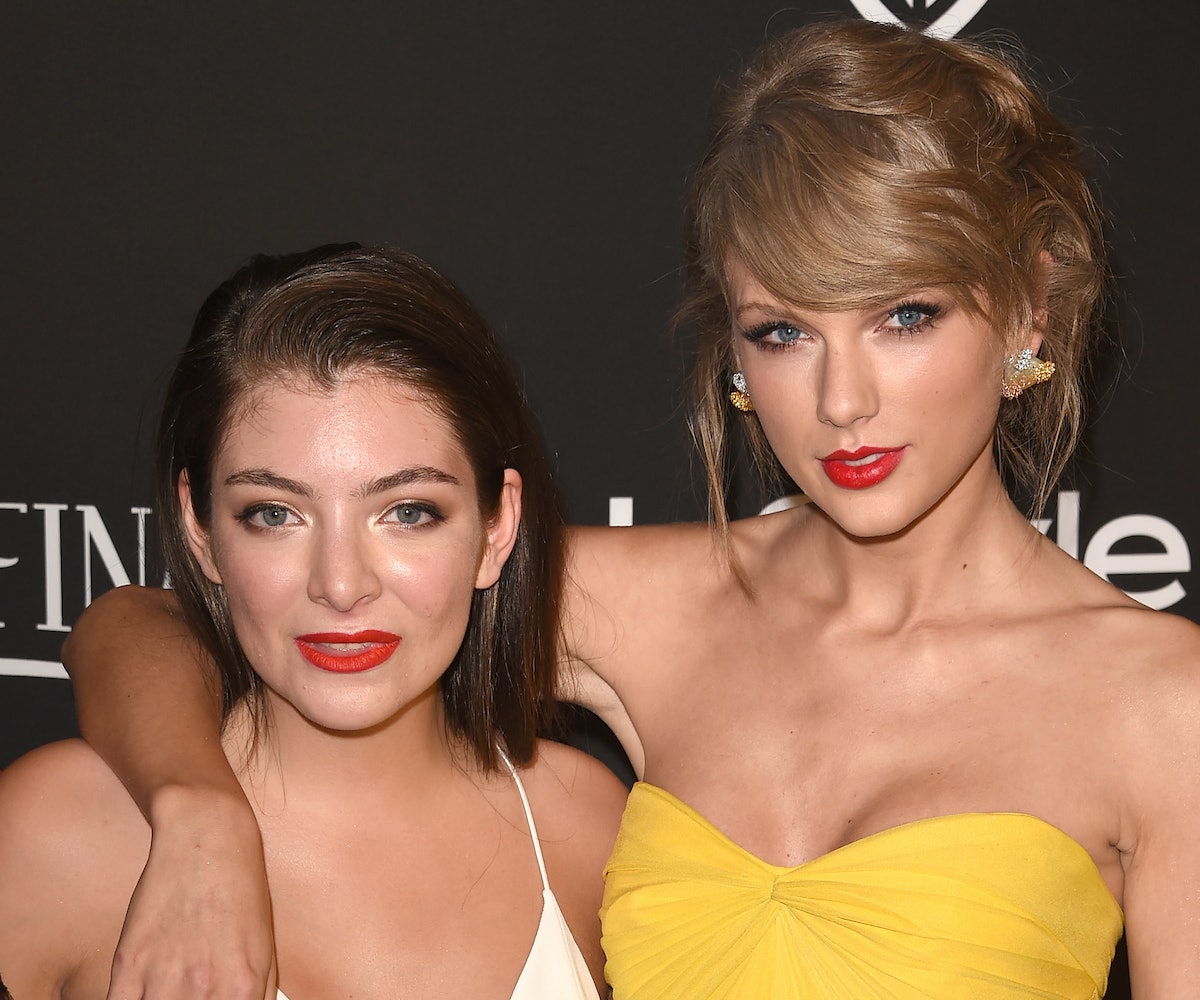 Something weird is happening with Lorde and Taylor Swift.

Not too long ago, the New Zealand singer compared her relationship with Swift as being akin to “being friends with someone who has an autoimmune disease.” She’s since apologized after a Twitter user called her out for the “insensitive” remark. Now, she’s throwing her Swift friendship under the bus just a little bit more. At least, that’s what it looks like.

In an interview with David Koch of Australia’s Sunrise, the host asked Lorde how she felt about observing her hero singers from afar (like Beyoncé and Swift) and then starting to “mix in those circles.” She responded: “The second you think too hard about it, you’ll just go insane. So it’s best to be like we’re in Wonderland and that’s just what happens around here. Like, also, I don’t hang out with these people at all.”

This is when Koch interrupts and declares, “But hold on, you’re part of Taylor’s squad! All the magazines tell us,” to which Lorde appears to get uncomfortable, groans a little, and says, “You make friends in different places but I think, for the most part, I’m not calling up my idols for advice necessarily.”

It’s not an “I don’t know her” response necessarily (even if the internet thinks otherwise), but it’s in the same family. She’s not, exactly, saying she’s no longer friends with Swift, just that, maybe, the squad member title isn’t one she ascribes to. Which is fair.