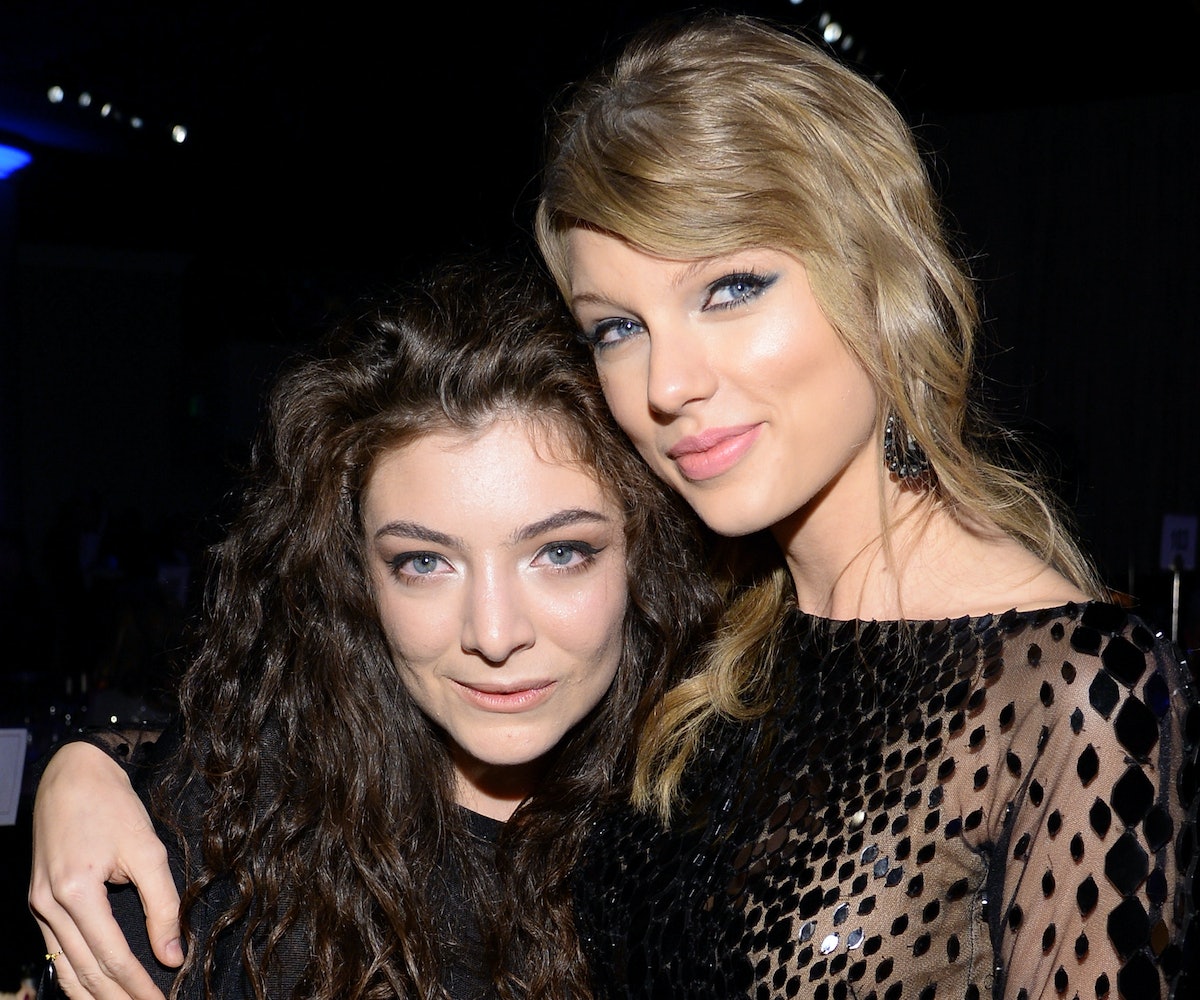 Update 6/20/17: Lorde apologized about what many have found to be insensitive remarks regarding her friendship with Taylor Swift. Monday night, a young woman tweeted the singer, writing: "what an incredibly ignorant analogy to make." Lorde wrote back: “Didn’t mention taylor, but regardless, i fucked up & that was really insensitive. i’m sorry.” Still no word on what Swifty has to say about it all.

Very little is known about Taylor Swift and Lorde’s friendship outside of the fact that they’ve been friends since at least 2013, or the fact that Swift occasionally praises her on Instagram. What do they talk about? Do they know each others' favorite colors? How often do they FaceTime? All of that is a mystery.

Lorde has been doing a ton of press ahead of her sophomore album, Melodrama, though, and during an interview with The Guardian, she was probed about her BFF status with Swift. And in proper Lorde fashion, she equated their friendship to that of an “autoimmune disease.” Meaning: “It’s like having a friend with very specific allergies. There are certain places you can’t go together. Certain things you can’t do. There are these different sets of considerations within the friendship.”

Swift is very, very famous is what she’s saying (as is Lorde in certain spaces), which limits the number of things they can do together in public. Imagine not being able to grab a drink or go for a walk in the park or hang out on your stoop and talk shit with your friends. Then, you can better picture what a friendship between Swift and Lorde is like.

Later in the piece, Lorde touches on why high-profile celebrities tend to gravitate toward each other and form squads. "It's an element of wanting to stick together. Because it can be so scary to do this," she says. "These friendships, they're about having a hand put on your shoulder by someone who knows. They're about hearing, 'I've done it, too.'" And it's never a bad thing to have someone who can empathize with what you're going through. It's an element that doesn't need to be at the core of every friendship, but it definitely doesn't hurt.