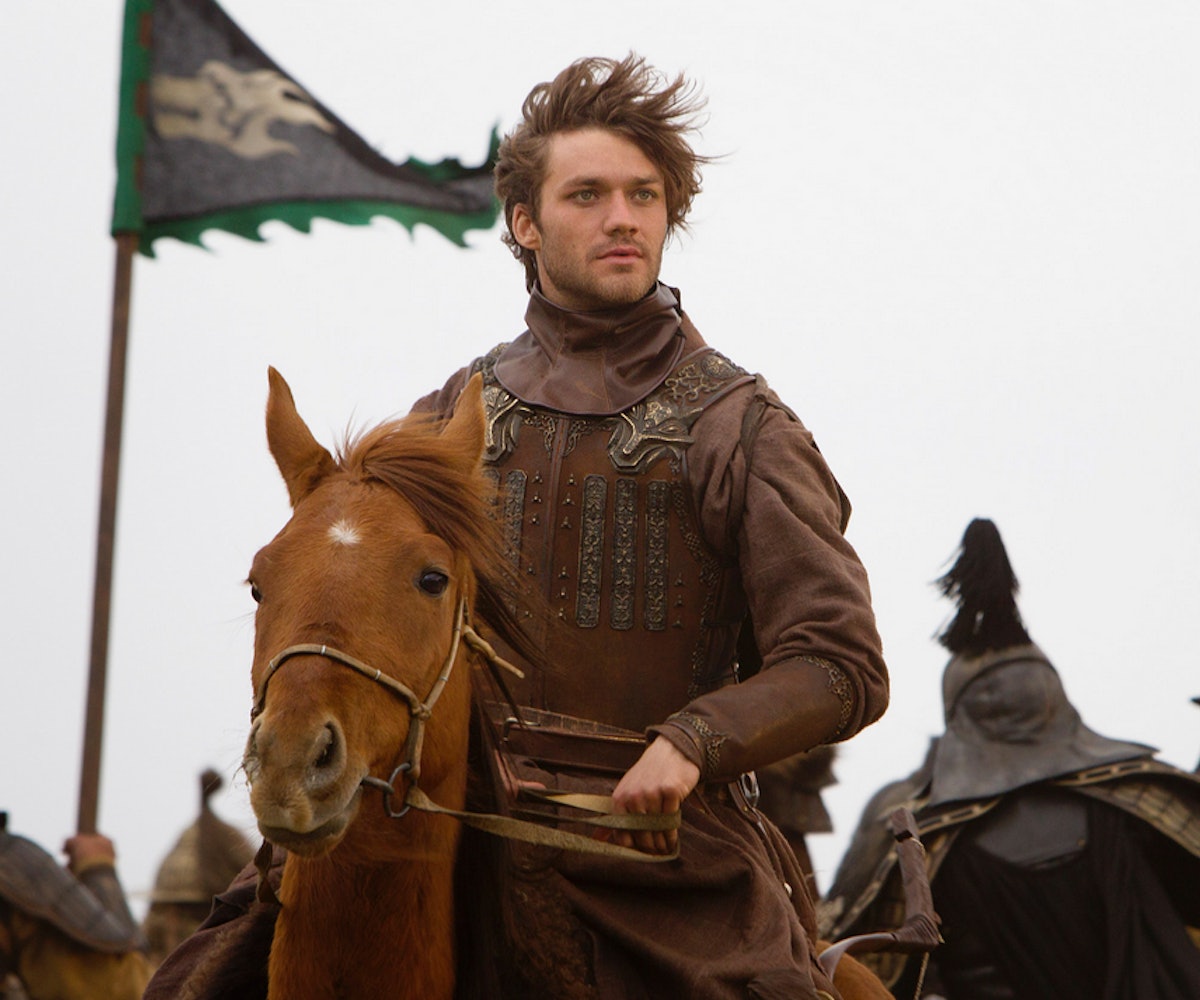 Marrying historical fiction with stylized action sequences, Netflix’s newest original series follows the adventures of history’s greatest explorer, the Italian merchant Marco Polo, throughout Asia as he chronicles his journeys and attempts to connect Eastern and Western trade. Taking a lesson from history, Marco Polo also aims to establish a link between Eastern and Western viewing audiences, broadening Netflix’s international market value while providing current subscribers a breathtaking experience throughout the formation of the Yuan Dynasty.

With a budget of $90 million (the second most expensive television show in existence after HBO’s Game of Thrones), Netflix took a big gamble on Marco Polo. Perhaps an even greater risk was casting an obscure Italian actor who couldn’t speak English as the show’s central character. However, three months later, Lorenzo Richelmy was the face of the project; wielding a new mastery of the English language, training ten hours a day in Kung Fu, and immersing himself deep within various Eastern cultures. All of these accomplishments are testaments to Lorenzo’s abilities as an actor, and also echo the pioneering ethos of his character. We called up the star of television’s newest blockbuster to discuss spiritual balance, martial arts, and the future of television.

What are some lessons you’ve taken away from the series? You’re dealing with this 17-year-old guy who would go on to have these crazy, crazy journeys throughout all Asia. We all know what Marco Polo did, but we don’t really know how he did it, which I had to explore as an actor. He’s been our first modern man in a way, no? He was our first bridge between the East and West, so he’s open minded; he never judged. The great thing about him, this guy who found his way through the world, is that he knew that he had to understand the other cultures.

What is Marco Polo’s spiritual journey throughout the series? We see him in the beginning of the show and he’s this young kid. And at the end, he becomes a young adult. In a spiritual way, he understands where his center is; and he understands that he always needs to understand where it is. You’ll see a passionate guy at the beginning, and at the end of the show he’s changed a lot; not only physically, but he also knows himself much more.

How do you think this paralleled your growth as an actor throughout the first season? When I first started this show, I couldn’t speak English. I was new to everything, from martial arts to English. You’ll see from episode one to episode 10, Marco, and myself as an actor, change a lot. Now, I know English better and my body’s changed. Of course as an actor I practiced a lot, it was the biggest dream I could ever imagine and my acting skills improved.

It’s very impressive you could get so good at English in such a short period of time. How else did you prepare for the role? I got cast three months before we started shooting. I started training two months before we started so I went to Malaysia where they were building all the sets and was training every day. Basically, I had to work out and train for ten hours a day and then at the end of the day, I had to sit in a bathtub with salt, otherwise I wouldn’t be able to move a finger the next morning. So it was pretty intense, but at the same time we had experts from all over the world and it was incredible. I had a Chinese guy teaching me kung fu, a Japanese guy teaching me sword fighting, and Khalkha guys teaching me Mongolian wrestling, archery, and horseback riding. To me, it was a full training and I was new to everything. But I have to say, that I had done two years of parkour so I think that enabled me to learn a lot quicker.

It’s like you’re an athlete and your mind and body have to be one. It was an experience. I went on this journey from Italy to this super big production not knowing anything, so of course it was a big job, but at the same time it was beautiful. Can you believe an American production doesn’t have American actors? This is crazy! For an American system, this is crazy! It’s something big for them, and it’s changing something. Thanks to Netflix, the binge-watching, and the fact you don’t have commercials anymore, there’s a change in the quality of script writing because there’s more freedom. It’s a big, big change for television. And at the same time, they liked me. When it came to the casting, I can’t believe they believed in me, just this random guy. It was too much at first, but then I realized they did it and that’s what matters. Everybody was trying to create something unique. Even if it was a massive production, the atmosphere there was like we were making an indie movie.

How did you go about researching the role? Through curiosity. We’re showing how a young man became a legend, so I didn’t have to act too cool or over the top because he was just a kid; he’s a 20 year old Italian who grew up in very unique time. I just drew from some of my experiences and my DNA as an Italian and then focused them to create a great character. [Marco Polo] had curiosity, but his confines also made him fearless; when you want too much of something, you don’t fear anything. He also didn’t judge, so he was able to accept and understand the reasons behind things at all times.

Earlier you mentioned the international aspect of the series and all these collaborators who were involved in its execution. Do you think there’s an inherent built-in metaphor with the silk road connecting Asia and Europe, and the series itself acting as this type of bridge between Eastern and Western audiences? It is, and it’s wonderful they’re doing it with Netflix. We have now, with this huge show, the opportunity to tell the world an untold story of two cultures facing each other, the East and the West. There’s a big lesson in the whole show to be found. We are in the moment now, with social media and social networking, and we’re all looking at each other like we’re all the same. I can message a guy in China, and he can answer me back in two seconds! I would say all this improved communication is bringing us to be all the same, but we’re not all the same and we should never forget who we were and what our cultural backgrounds are. We should understand understand and love and respect the differences between each other, you know? We want to bring an audience into this crazy world that’s so different from what they normally experience, but at the same time find this guy, Marco, who’s not forsaking his heritage to another culture, while remaining accepted. I would say we’re finally in an era where we can finally accept each other’s differences. I hope people are going to learn something from the show, about both their culture and another one.

Text and interview by Davis Richardson.