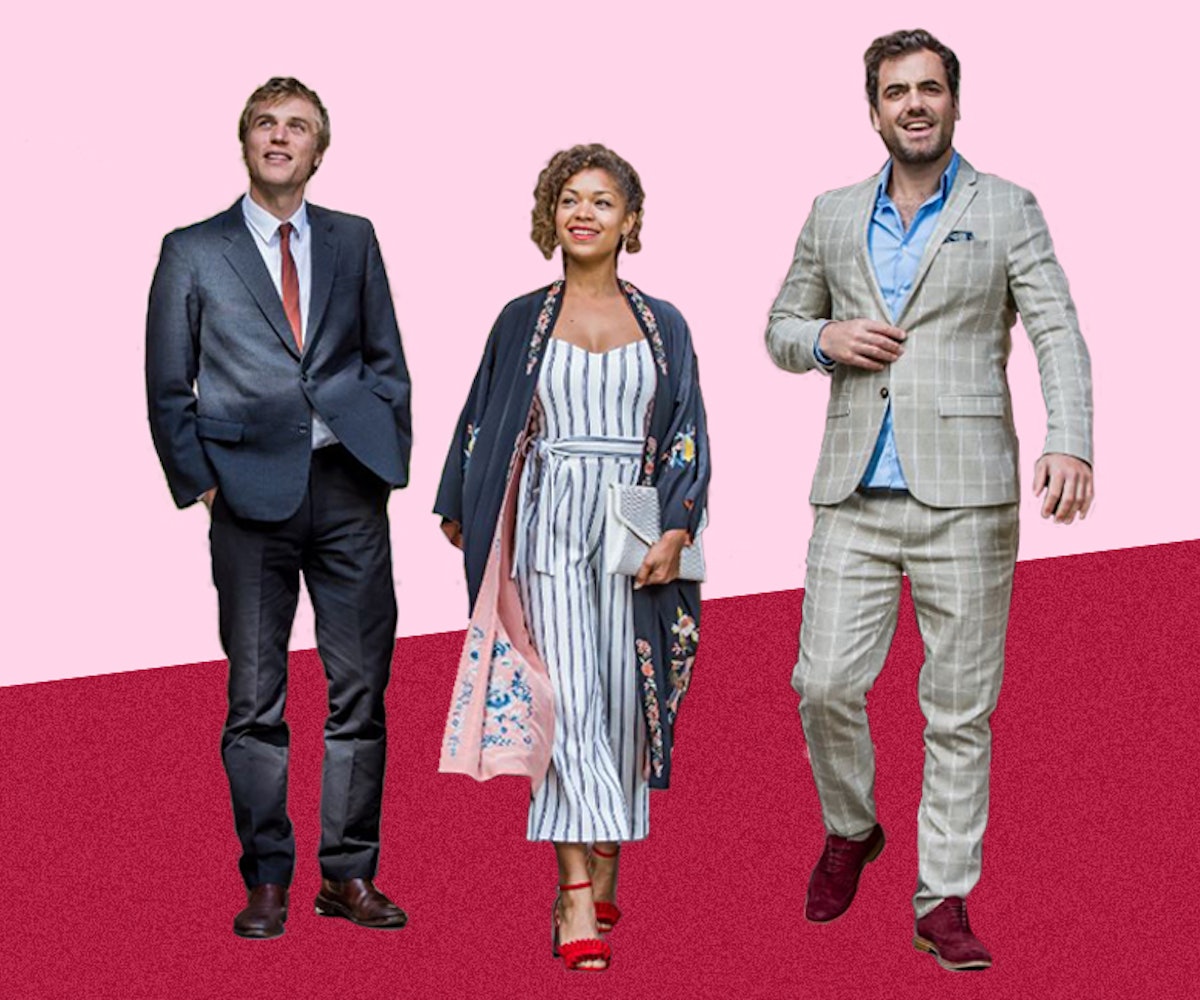 The British series, which originally went by the very unfortunate name Scrotal Recall, follows 20-something Dylan (Johnny Flynn) as he lets every girl he’s ever slept with know he’s contracted chlamydia. Each episode focuses on the ex-girlfriend, hookup, fling, etc. that Dylan is telling at the time, intercut with scenes of him and his best friends, Luke (Daniel Ings) and Evie (Antonia Thomas), going about their lives in the present. What emerges from these snapshots is the understanding that Dylan and Evie are in love with each other, but because nothing in a series about romance is ever easy—especially not one titled Lovesick—they keep their feelings to themselves.

And there are a lot of feelings in this show, but, unlike other rom-coms, it’s the male character who is portrayed as the hopeless romantic. Dylan’s mushy nature is the butt of many jokes, as is the number of times he’s claimed to be in love after just a couple of dates. Like the women in these instances, his failings are predictable, but it’s his candor and charm and overall good boy qualities that make him such a lovable—if frustrating—character. He's the kind of guy who you want to shake while shouting, "That’s not how this works! That’s not how any of this works!" Sure, Evie’s anxious to find the Big Love, too—they all are—but none are more desperate for it than Dylan.

The show's playful time structure also allows you to see even better just what went wrong in each of Dylan’s relationship. Each instance uncovers something about Dylan, but also about his friendship with Evie and Luke. The show is about romantic love at its heart, but it’s just as much a story about friendship and how it's the really good friends who help keep us afloat when relationships go sour. Nobody’s perfect on the show—in fact, each character is deeply flawed—but they are also deeply aware of their shortcomings (or, at least, working to get there). The way the trio manages to fuck up is relatable to any 20-something navigating the tricky almost-an-adult territory. But, unlike other shows focused on millennials, the creators approach these fuck ups with care and sensitivity and often humor.

But let’s focus on how the show approaches love for a minute because that’s its real draw. Lovesick is in the third season of the back-and-forth between Evie and Dylan. It may seem dragged out to some, but it’s refreshing to witness a show that takes its time building up to love. Typically, the "will they or won't they" characters would get together after the first season, and we’d have to chalk it up to the stars aligning, but that's rarely how things happen in life. In reality, sometimes stars don’t align as fast as we’d like. Often life just gets in the way. Love isn’t as easy as finding a way to make it work, especially when there are other things—or people—to contend with. Sometimes love takes patience, and sometimes it’s more present in a one-night stand than in a long-term relationship. “Finding love is all heartbreak, disappointment, and misery… until it isn’t,” Dylan says at the beginning of Season 3. And Lovesick displays this beautifully.

Maybe this all sounds heavier than most romantic comedies, but that’s because love is a heavy subject! Really, though, Lovesick is actually very light-hearted, which is another part of what makes it so great. It delivers its jokes with emotional maturity and handles its cornier scenes with nuance. Best of all, the creators manage to pack heart, comedy, and enough skepticism to make it feel believable in easy-to-digest 25-minute episodes, making it very easy to binge on. You won’t have to stress about your favorite character dying because it is still a rom-com after all, though it subverts the typical tropes like no other show out right now. And it's good to get in on watching this show now because people on Twitter aren’t going to spoil the ending, mostly because not many have discovered its genius yet. And, at the risk of, well, spoiling the ending, you’ll walk away from the series feeling satisfied (there are talks for a fourth season, but nothing’s confirmed yet). With that Hallmark holiday right around the corner, I usually try to avoid anything with the L-word, but sometimes a little indulgence can benefit the heart—especially when it's this good.

Lovesick is available to stream on Netflix now.