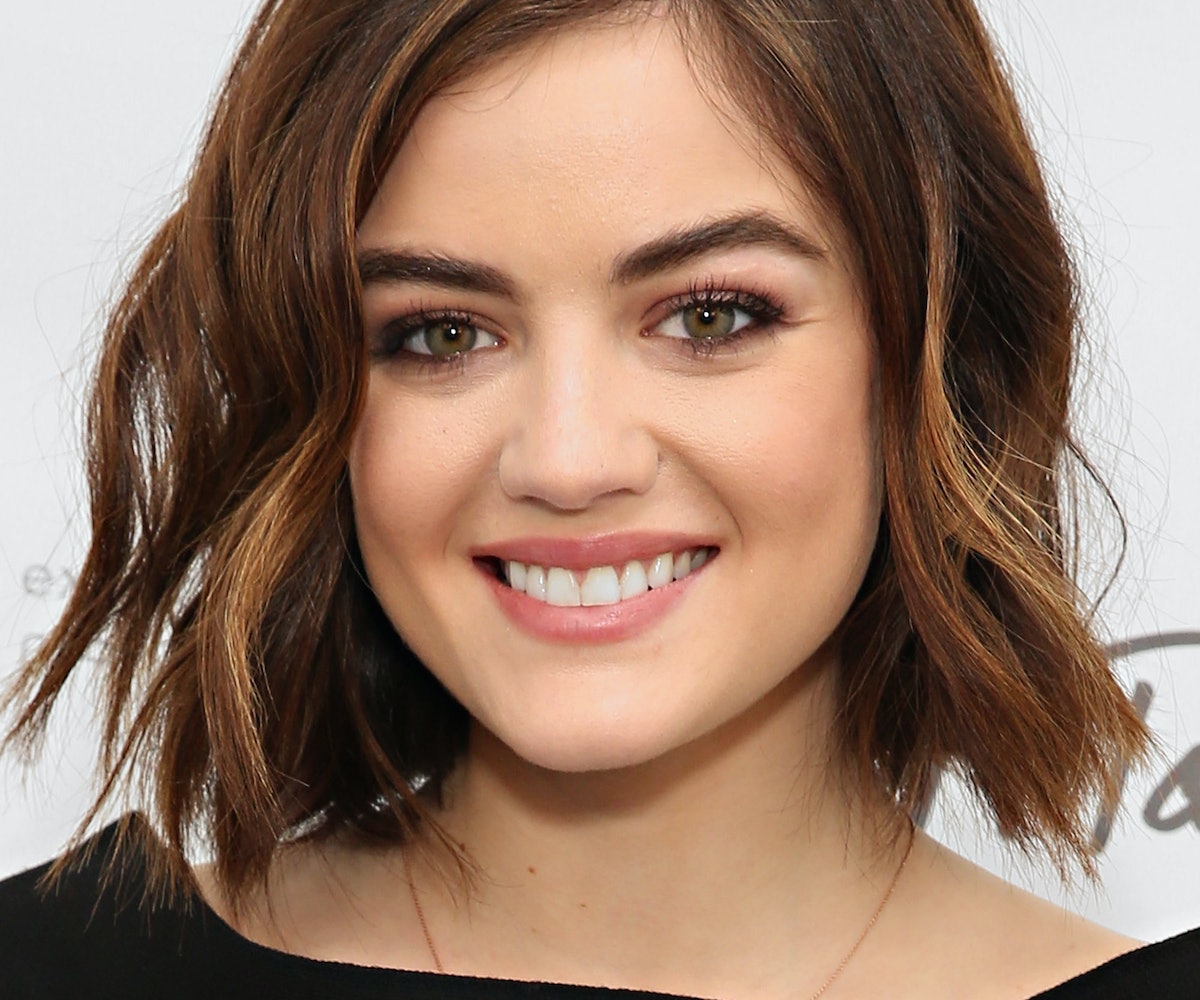 Lucy Hale normally sports a cheerier, peppy vibe, but for her newest shoot for London's Schön! magazine, she goes gothic to the max from deep, coppery-berry lips to black nails actually sporting real rose thorns. While other outlets are focusing on the overall vibe (which is a starkly different departure for the actress), and yes, those nails, her hair is mentioned in passing as a styling footnote.

For those not aware, those twisted sections of hair aren't mini buns, they're Bantu knots. Bantu knots, also known as Zulu knots, are said to have originated centuries ago with Zulu tribes in southern Africa. Today they're used either as a hairstyle on their own (à la Rihanna) or as a hair care routine, called the "Bantu knot out," to create curly styles.

In this Hale photo, with its dark, witchy vibe, the knots almost act as an artistic decision for symbolism, appearing as horns which would make sense, especially with those talon-like nails (which are admittedly, far less subtle). But, when it comes to artistic or interpretive use, because they're not Bantu knots for the sake of being Bantu knots, does that mean people are given a pass?

While Bantu knots have not seen nearly the amount of attention for cultural appropriation as dreadlocks of late, there have been some missteps in the fashion industry—most notably when Marc Jacobs used them in a runway show last year where the lead hairstylist said they were inspired by Björk. This image then raises a lot of questions. Does the stylist for this shoot know what Bantu knots are? Does the positioning of the gothic/witchy context in the photo change the meaning of the Bantu knots? Does artistic symbolism take precedence if the artist is aware of origin? If the stylist and/or photographer were PoC, would it matter? Most importantly, who gets to decide all this?

As we enter a cultural stage where no awareness leads to hyperawareness, it's important to discuss and share our collective understanding and knowledge. That said... what do you think?