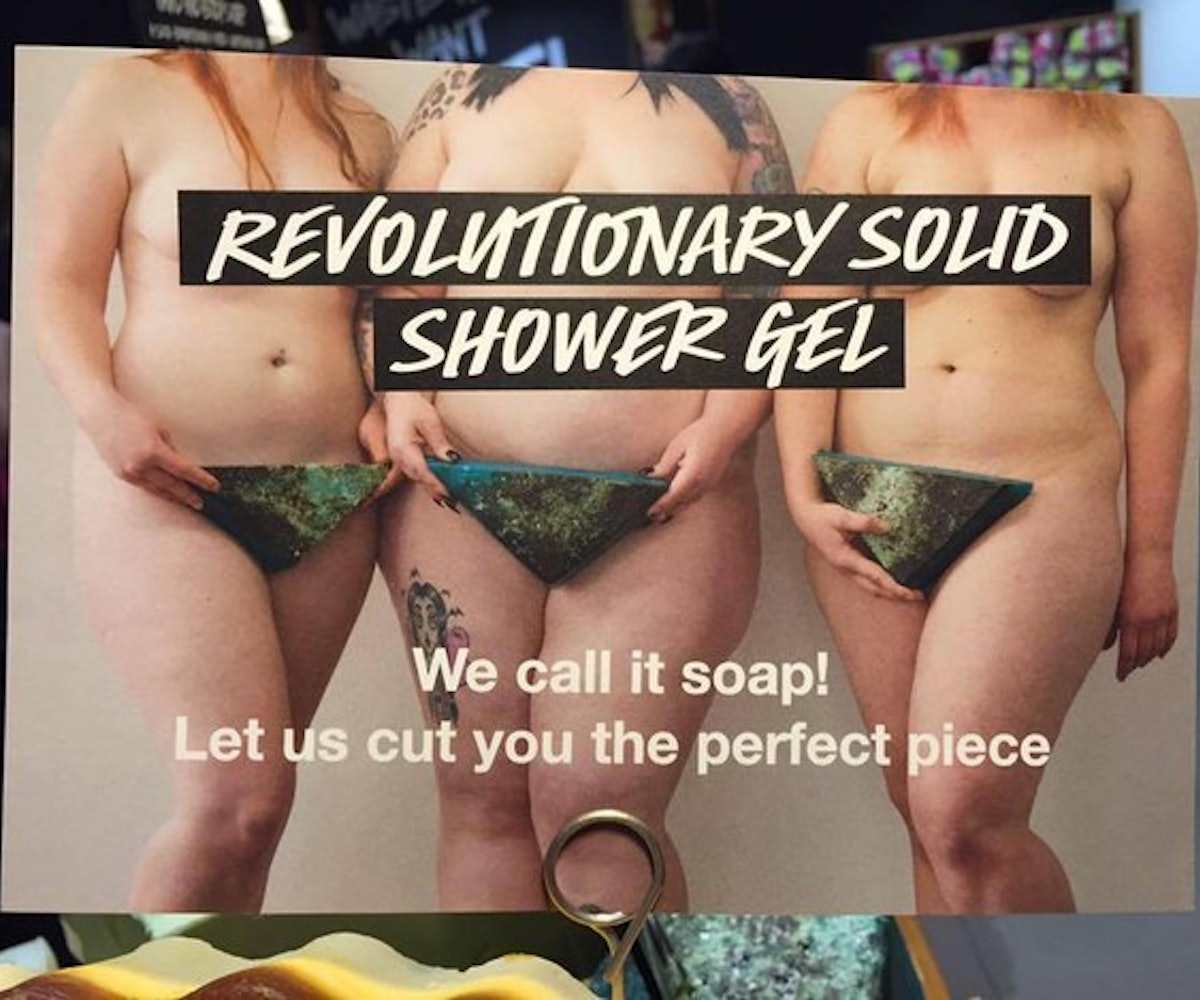 With models of varying shapes and sizes, Lush's Australian Go Naked campaign intended to advertise its packaging-free products and promote body positivity. But after a complaint from a mall in which the ads were placed, Australia's Advertising Standards Bureau deemed the images "pornographic" and "offensive."

A total of four complaints were made about the advertisements, mainly stating that the images used nudity excessively and were inappropriate to be seen by children. “It is pornographic in nature and breaches community and parental standards of what should be involuntarily viewed in public by children and adults,” one complaint read, as BuzzFeed reports. The ASB deemed the advertisement's use of nudity to be gratiutous, and the imags were taken down early.

But when the campaign initially rolled out on social media, it was met with compliments that the beauty brand was making an effort to move away from restrictive beauty standards. And now that the ads are no longer displayed, many are asking for them back. Some customers even remarked that they'd like for their children to be exposed to the images, as they give a body-positive message. “We want our messages to empower people," said Lush Australasia director Peta Granger to BuzzFeed News, "Not make them feel awful about themselves over a body that is probably not ever real due to how much it’s been digitally ‘enhanced’.”

Despite the backlash, the ASB's decision will not affect Lush's campaign strategies in the future. “There are always going to be people that don’t agree with us, and that’s okay,” said Lush employee and campaign model Courtney Fry. “Everyone is allowed to have their own thoughts and feelings, and the only thing we can hope to do is give them some information and education and something that might challenge their thinking.”