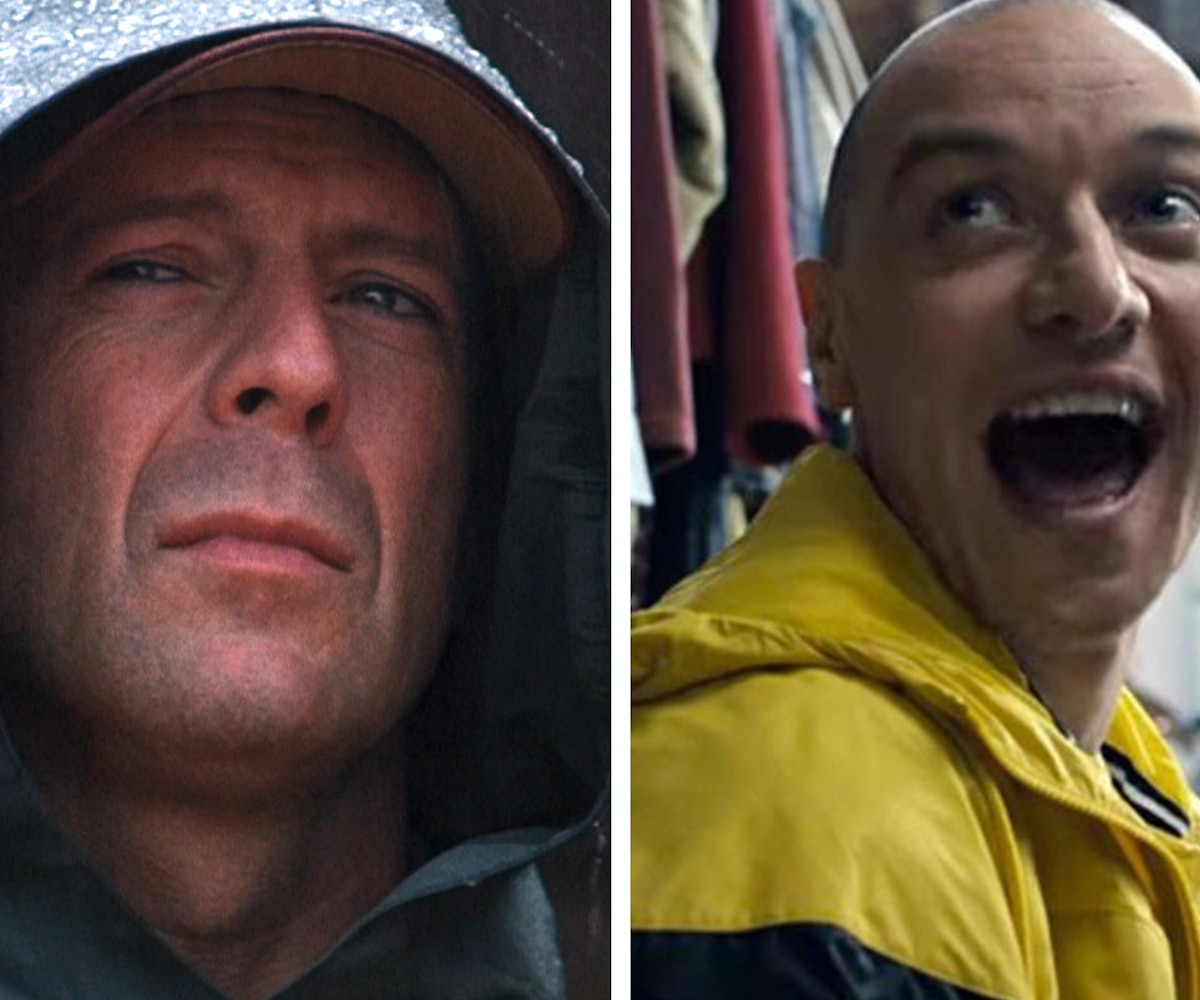 Those who took to the theaters to see M. Night Shyamalan’s thriller Split (which garnered $275 million at the box office, so a lot of you) know that the question of "What’s going to happen next?" was left very much up in the air.

Spoiler: The last scene of the movie shows whom audience members are to believe is David Dunn (Bruce Willis), the superhero from Unbreakable, eating at a diner. This, in turn, led many to assume that the ending of Split is going to be where the long-awaited sequel to Unbreakable begins. And you wouldn’t be wrong.

The infamous director confirmed today that a follow-up featuring both films, titled Glass, is on the way. Through a series of tweets, Shyamalan made the announcement and had this to say: “It was always my dream to have both films collide in this third film.” Bruce Willis and James McAvoy will star in it, of course, but so will Samuel Jackson (who played Elijah Price/Mr. Glass in Unbreakable) and actress Anya Taylor Joy of Split. He’s also reteaming up with Blumhouse and Universal Pictures for the new project.

Shymalan declares that the script is complete, but we’ll have to wait until January 18, 2019, to see it come to life. Which gives those out of the loop plenty of time to catch up.