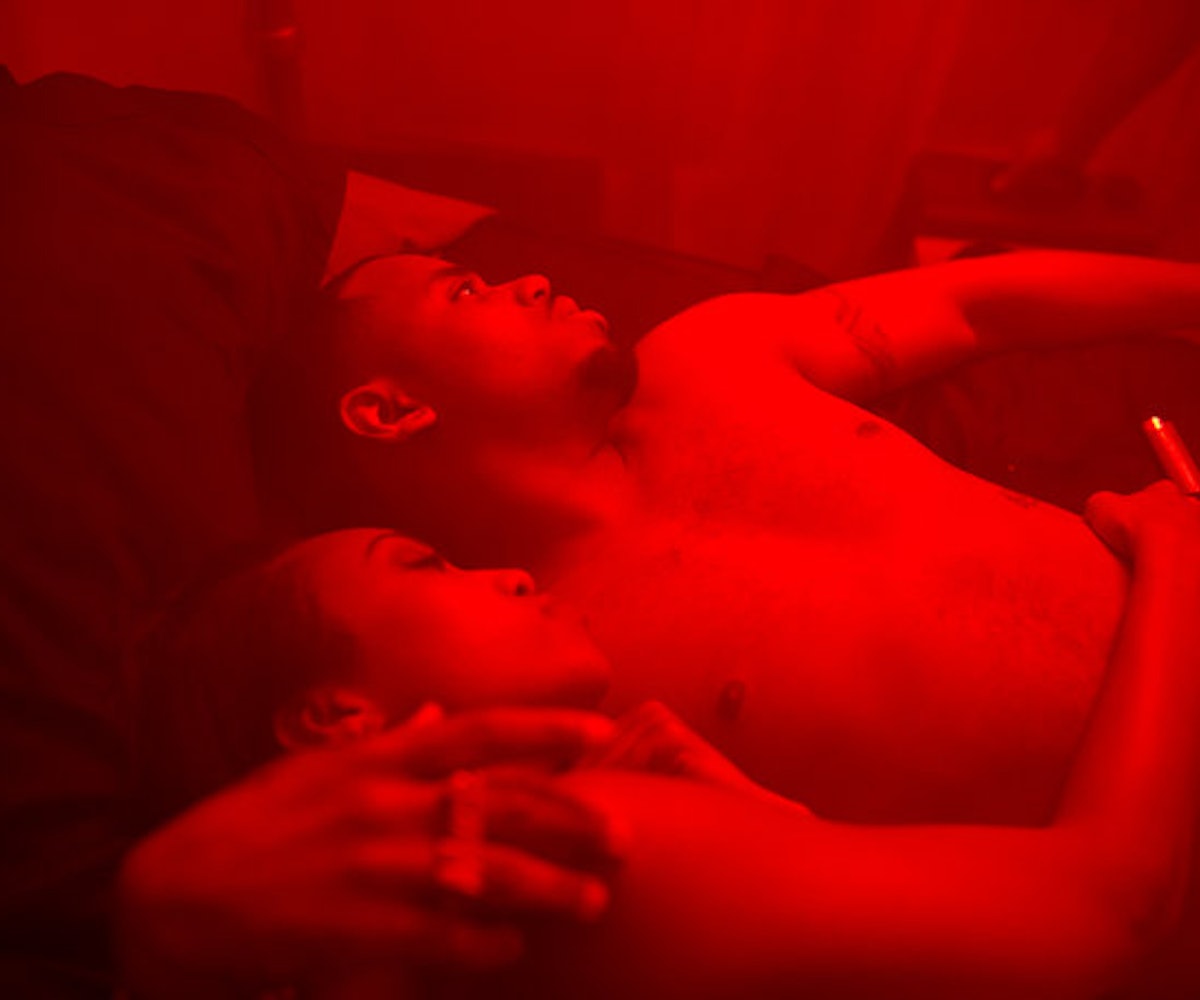 Nayyirah Waheed once described desire as “the kind of thing that eats you and leaves you starving.” This description of one's inability to feed their insatiable hunger for lust is an idea that is visually explored and underscored in Mack Wilds' latest music videos, "Explore" and "Bonnie and Clyde (feat. Wale)." Premiering right here on NYLON, the two-part short film visualizes how temptation can lead a person to abandon all morale and reason, giving into desire's firm grasp.

Both singles appear on Wilds' last project, AfterHours, which debuted in April. Directed by Wilds and filmmaker Charles Todd, the short film, made up of the two videos, follows one woman's descent into heady, lust-driven affair with the singer and a mysterious woman.

"Love, such a fickle thing. One moment, you’re flowing on a high, and the next, you’re wondering how it all faded," says Wilds and Todd of the visuals. "This film explores the idea of that fleeting love—how a blend of desire and curiosity lead us down a path we’ll willingly follow. At times, we lose ourselves to lust with no regard for the consequences of our actions… But we’re only human, right?

Watch "Explore" and "Bonnie and Clyde (feat. Wale)," below.