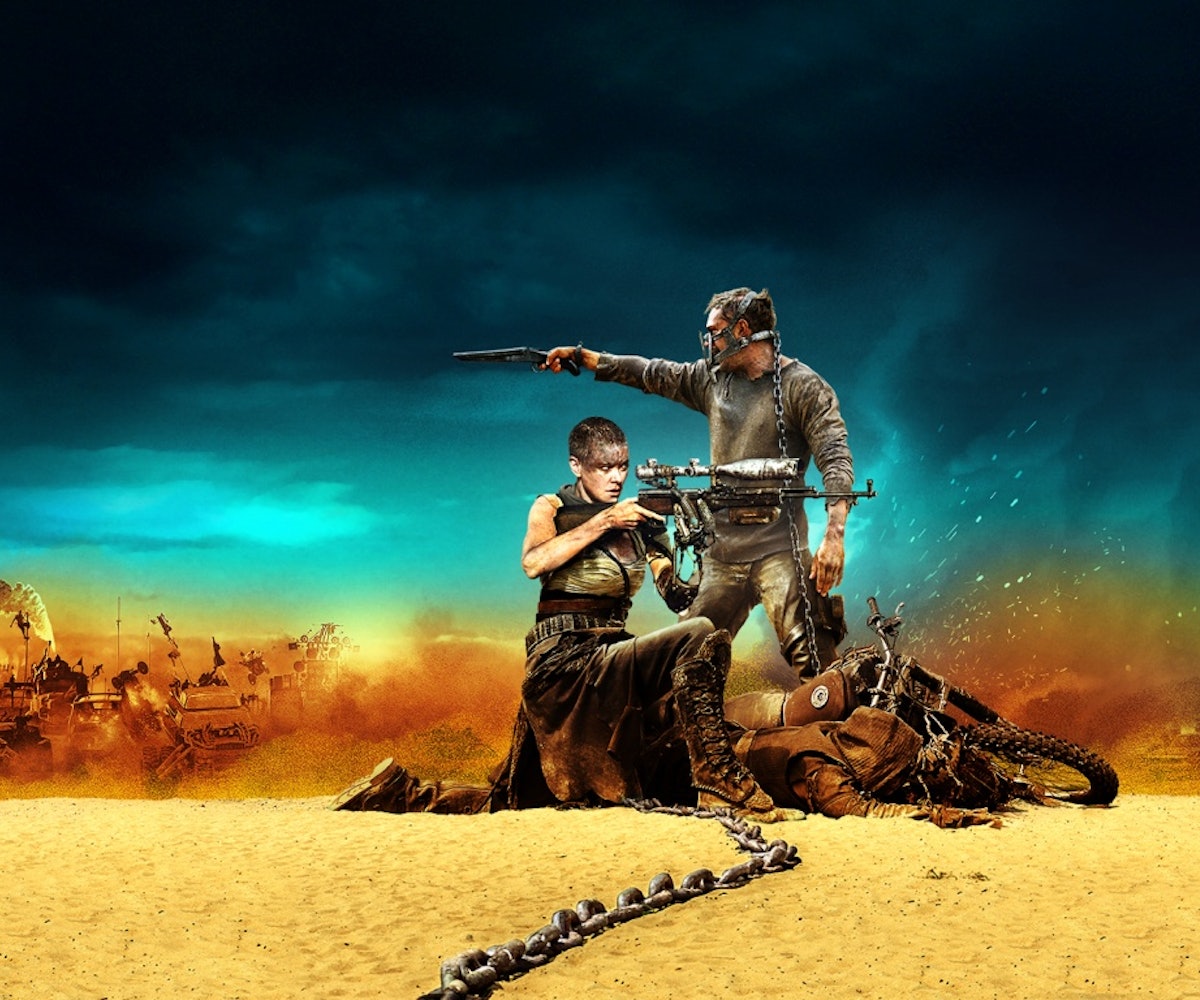 The initial round of reviews for the lovingly titled Mad Max: Fury Road have hit the Internet and wow are they ever promising. After the movie's mesmerizing trailers sent hype soaring, director George Miller’s post-apocalyptic Australian action-porn reboot seems to have met expecations. It is currently holding down a 100% rating at Rotten Tomatoes, which is better than The Godfather, Casablanca,  and way, way better than Avengers: Age of Ultron.

Obviously the percentage will drop as more reviews trickle online, but with words like "masterpiece" being thrown around, the pre-release buzz is still pretty deafening. Soak it in:

“I cannot overstate the quality of the mayhem we see onscreen, both in terms of the vehicular carnage and how much each crash and near miss matters in terms of the story being told. There are real artistry and poetry to the onscreen chaos. This is a spectacular action picture that slowly morphs into an out-and-out great film.”—Scott Mendelson, Forbes

“It can safely be said that this madly entertaining new action extravaganza energetically kicks more ass, as well as all other parts of the anatomy, than any film ever made by a 70-year-old — and does so far more skillfully than those turned out by most young turks half his age.”—Todd McCarthy, The Hollywood Reporter

“The way it grapples with ideas of both patriarchy and matriarchy, and the world feels lived in. It overwhelmed me. It was so much  more than I hoped it would be, so much more than Hollywood has convinced us any blockbuster needs to be.”—Drew McWeeny, HitFlix

"A muscular action masterpiece built on practical effects, weightier and more awe-inspiring than the empty-feeling CG pixelfests most studios spend hundreds of millions of dollars on every summer."—Jen Yamato, The Daily Beast

“Miller is a wizardly orchestrator of onscreen mayhem, and in the two lengthy chase sequences that bookend Fury Road, he ascends to that rare level of action-movie nirvana where a filmmaker’s sheer exuberance in every detail becomes one with the audience’s pleasure.”—Justin Chang, Variety

“A grand, handcrafted mixed-media installation of grit and weight and sweat and slapstick and substance and cameras careening through the Namibian desert.”—Josh Dickey, Mashable

“It’s like Grand Theft Auto revamped by Hieronymus Bosch, with a dab of Robert Rodríguez’s From Dusk Till Dawn”—Peter Bradshaw, The Guardian

Mad Max: Fury Road roars into theaters this Thursday and nothing will ever be the same.