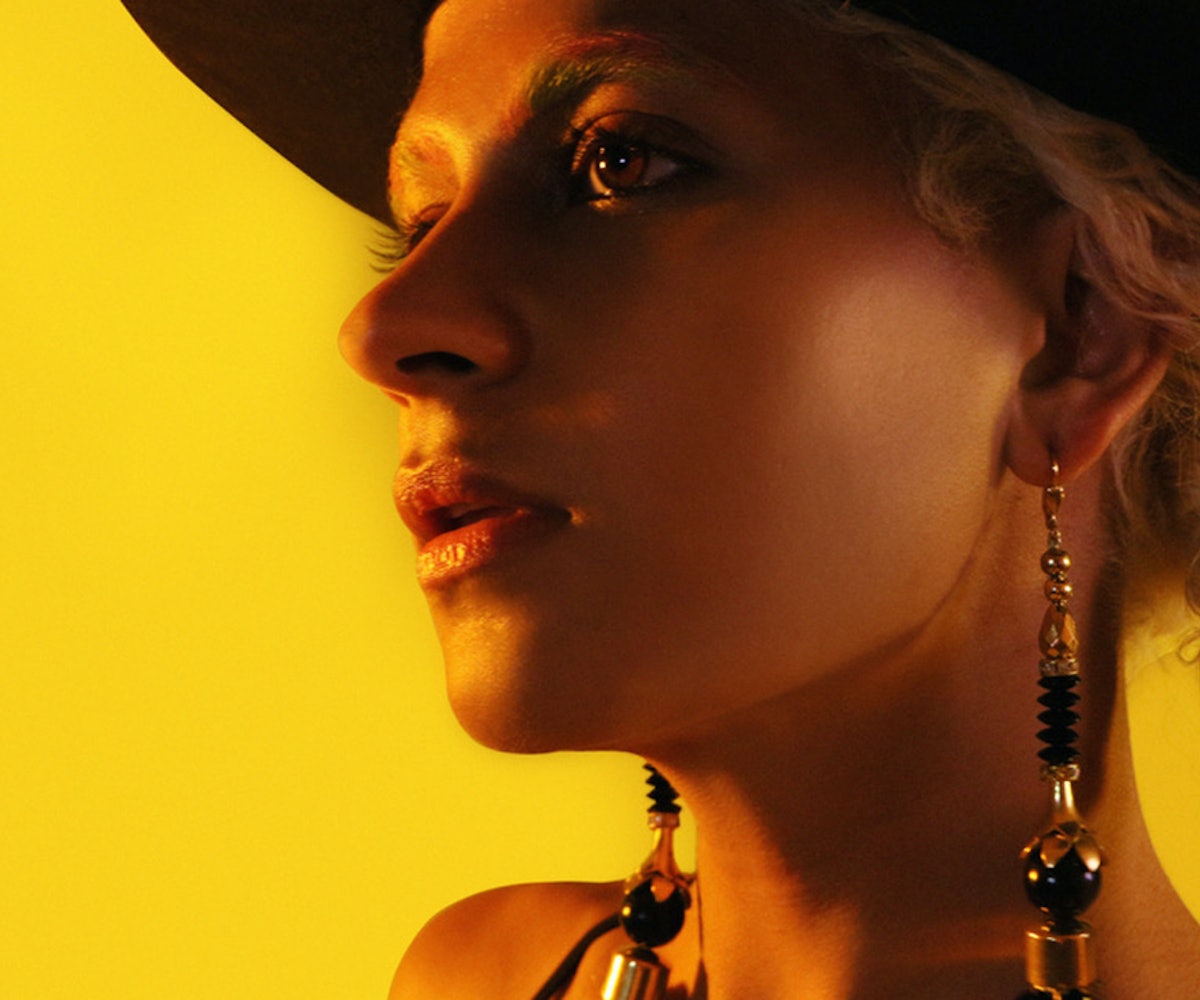 A remix is a reimagination, a chance to look at a piece of work from a different perspective. For musicians and audiences alike, remixes force the ear to listen more closely to what's playing, to pick up on the nuances of sound and tweaks to the original. They're opportunities to see how infinite creation and ideas really are.

Madame Gandhi understands this so well that she's debuting an entire EP filled with remixes of her songs. Today, we're premiering the follow-up to Gizzle's remix of "Gandhi Blues," Perera Elsewhere's take on "Moon in the Sky." Gandhi tells us, "I first became a fan of Perera Elsewhere in 2014 when her Everlast LP got me through winter of that year. Her bold choices, wild sound design, hypnotic vocals and global influences inspired me so deeply, it became one of my favorite albums." Turns out, Perera was a fan of hers, too, because she reached out to Gandhi via Twitter suggesting they work together. "It was a total dream," Gandhi says. "I invited her to be one of the several womxn of color producers I would ask to remix my Voices EP, and she chose 'Moon in the Sky.'"

For the remix, Perera Elsewhere puts her usual doom-folk twist to Gandhi's already minimalist, electronic track that's co-produced with Alexia Riner. It's dark, sublime, and gets the listener lifted, while also dragging them through some sweaty, haze-filled basement. That moon in the sky won't be seen tonight, not as long as this song's playing and there are people to get down with. Perera Elsewhere and Madame Gandhi make quite the sonic team, and as fate would have it, they're together in the studio now working on a song together. "I can’t wait for the world to hear it," Gandhi says. Until then, listen to Perera Elsewhere's remix, below.