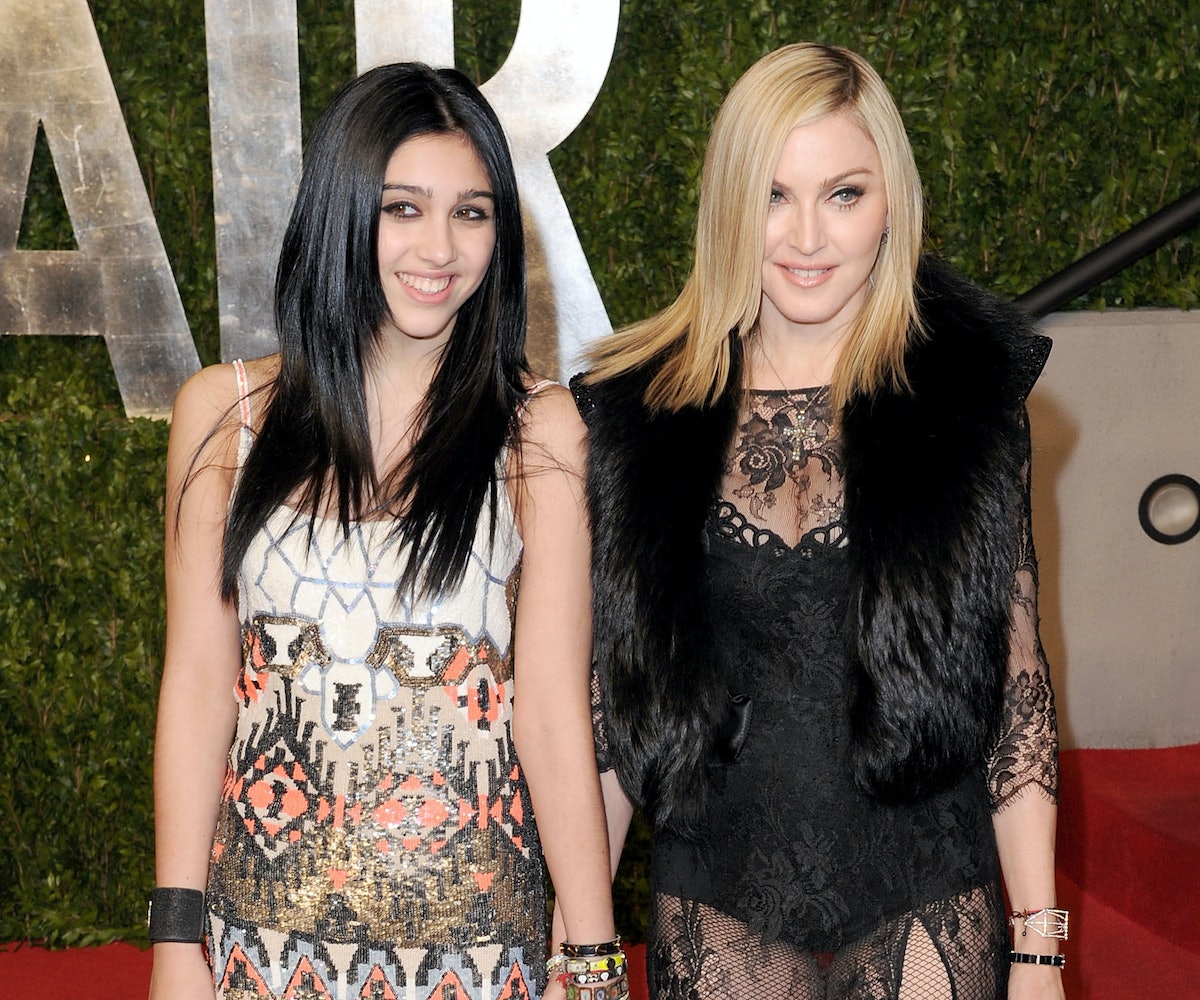 Over the years, it seems as Madonna has been known equally for her music and her fashion choices. When she burst onto the sonic scene, she inspired a bevy of new styles. Remember the cone bra, lace gloves, and Kabbalah bracelets? Yeah, those were all Madonna. But now, it seems, Madonna has taken a back seat. Because months after her daughter, Lourdes Leon, and years after a majority of 20-somethings got theirs done, Madonna decided to get a septum ring.

That's right, folks. In her seemingly unending quest to transform her face into a golden mask, Madonna has hung a massive golden and pearl "M" engraved ring (no word on whether it's a piercing or not) mere millimeters from her diamond-encrusted grills. If she decides to break out her custom-made mink and diamond false eyelashes again, and the sun hits just right, passersby may become blind—by both her star power and affinity for flashy objects. Be careful out there, kids.