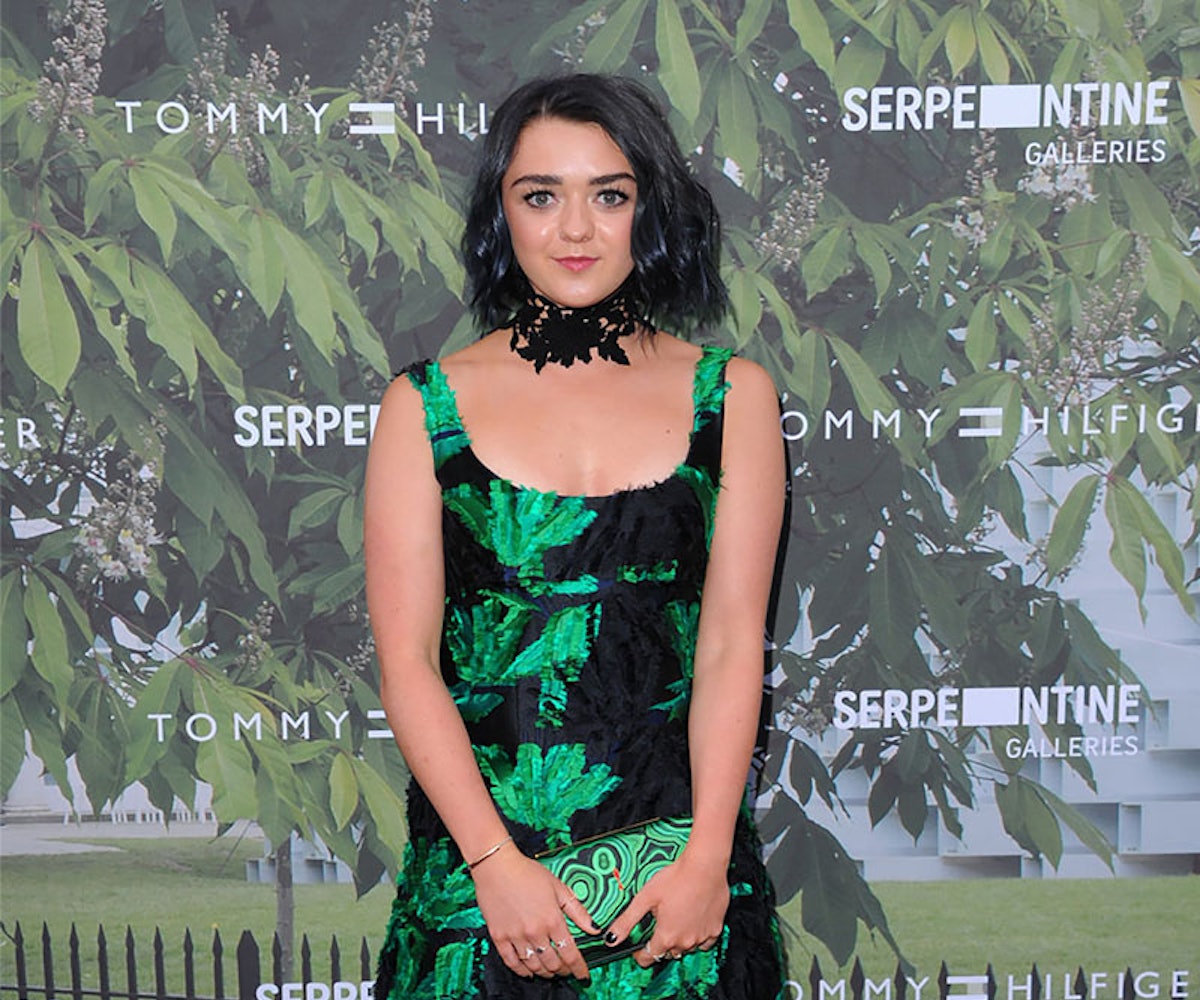 Now that the sixth season of Game of Thrones is over, we've been feeling pretty blue. Apparently, so has Maisie Williams. Over the weekend, the 19-year-old actress showed off her new teal locks at the Wimbledon ladies final.

Lately, Williams has been on a hair journey of sorts. Shortly after wrapping up the HBO series, she opted for a darker bob length cut. Just last week at the Serpentine Summer Party, Williams was spotted with the midnight blue tones.

To say that Williams has taken her Blue Period to the next level is an understatement. Whether or not Arya Stark deems these tresses battle-appropriate is TBD, though. Peep Williams’ cute hair in the post, below.

NEXT UP
Beauty
Kylie Jenner Is Bringing 1920 Finger Waves to the 2020s
Beauty
The Best Beauty Looks From The 2023 Grammy Awards
Beauty
Bella Hadid’s Clip-less Updo Is Going Viral On TikTok
Beauty
No One Does #PamCore Beauty Better Than Pamela Anderson, Herself
Style + Culture, delivered straight to your inbox.