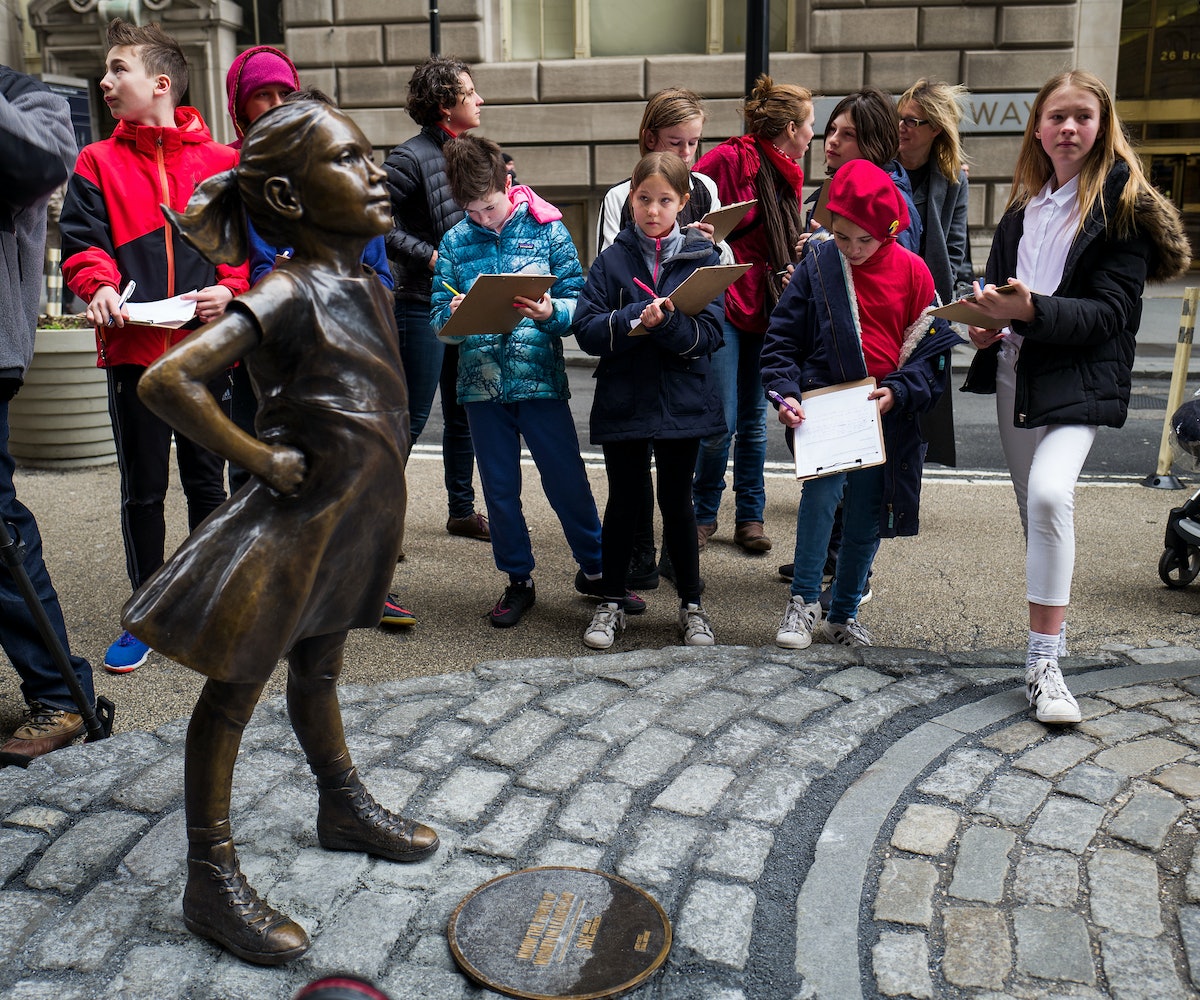 On today's episode of "Some People Are Just So Gross," a photo of a man pretending to hump the "Fearless Girl" statue on Wall Street has gone viral. To make matters worse, it was taken just one day after International Women's Day. The woman who snapped the photo, architectural designer Alexis Kaloyanides, uploaded it to social media, and held nothing back in expressing her disgust with what she witnessed.

"Almost as if out of central casting, some Wall Street finance broseph appeared and started humping the statue while his gross date rape-y friends laughed and cheered him on," she wrote. "He pretended to have sex with the image of a little girl. Douchebags like this are why we need feminism.”

While speaking to Inside Edition, Kaloyanides elaborated on what she saw. “He was gone within 20 seconds, but it just ruined the mood of the scene. There were people there talking about empowering children and women and for then to have this 20-something showing his entitlement, defiling the statute… it was utterly revolting.” Kaloyanides also explained why what she saw is so problematic. “This is just further perpetuating a mentality of ‘boys will be boys,’ and that ‘it’s okay, it’s a joke, just brush it off…’ This young man likely has a mother, a sister perhaps, a girlfriend, a wife—who knows? I’m getting tired of making excuses and laughing it off. I for one am not gonna laugh it off anymore.”